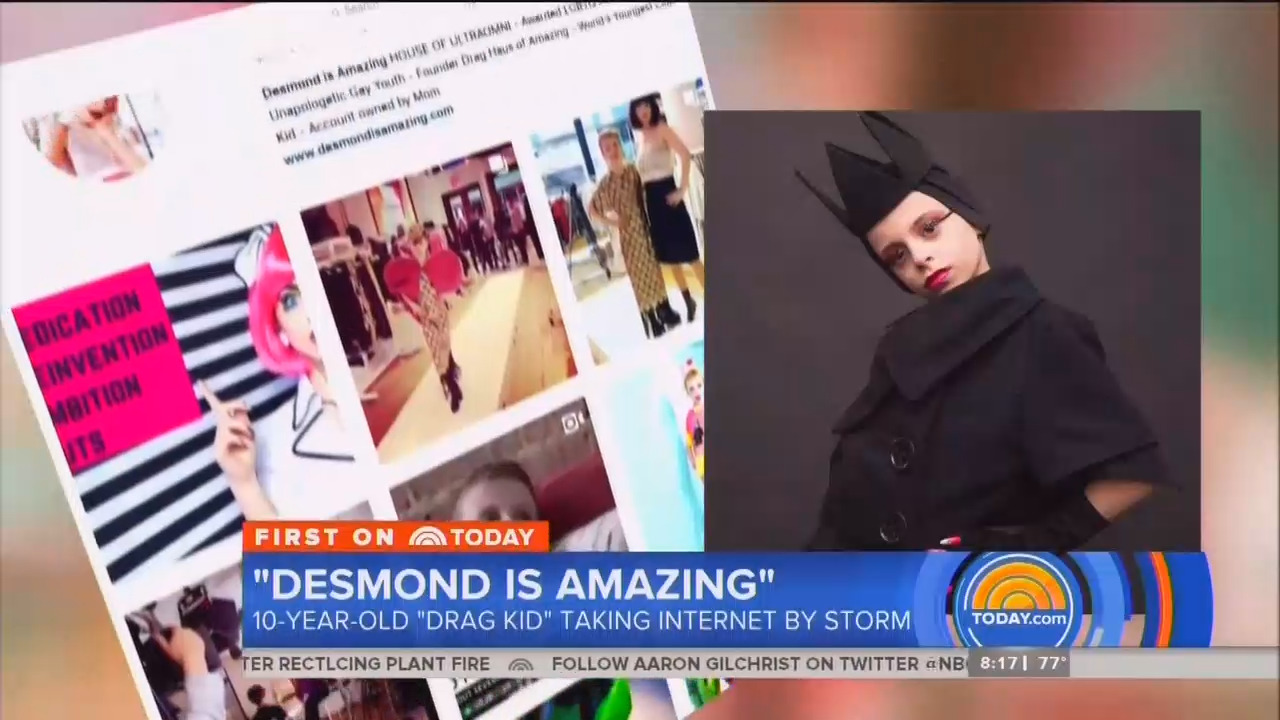 A 10-year-old boy dresses in drag and walks down a runway while adults watch. You would think that this was a headline for a story about child abuse. Instead the media uses a confused little boy to help push an agenda.

On June 18, NBC’s Today featured an interview with 10-year-old Desmond Napoles. Interviewing kids is nothing new for the show, they do it all the time. But Desmond regularly dresses in drag and walks down the runway in adult drag shows. The LGBT community is praising and encouraging the behavior, calling him, “the future of America,” at Drag Con 2017.

He first got exposed to drag after watching Rupaul’s Drag Race with his mom when he was 3. After that, like any toddler who gets interested in things they are exposed to, he started dressing up, wanting to be like the ones he saw on TV because they are “beautiful” and “amazing.”

Desmond became a celebrity in the  LGBT community through a viral video of him dancing at the 2015 Gay Pride Parade, when he was 7. Not sure of how many young children know what a gay pride parade is or are begging their parents to let them go.

After the video went viral, Desmond told his parents that he wanted to do it as a career. His parents reassured Kate Snow they weren’t encouraging him to do this. That it was all him. But the only reason he knows about drag is because he watched it with his mom. His parents bought clothes for him to dress up with. Then they brought their dressed up 7-year old to a gay pride parade. No matter how much they deny it, they play a big part in this.

When asked if they thought he should wait a while his mom responded, “Mozart first touched a piano when he was three. I think there are talented children. If you see that talent and they want to do it, then why not?”

“Talent?”  He’s a little drag queen whose parents are abusing him by encouraging his delusion. NBC thinks it’s a hoot.