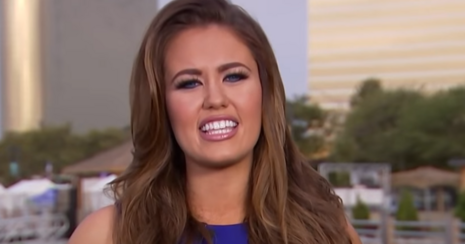 You definitely don’t have to be smart to win beauty pageants. Nor, it seems, is morality a necessary attribute.

According to AP, former Miss America Cara Mund is now running for a seat in the U.S. House of Representatives to advocate for abortion.

Mund announced her candidacy on August 7 in her conservative North Dakota home state. So what’s her reasoning for becoming a lawmaker? The lefty freakout over the loss of the “right” to kill babies.

The SCOTUS Dobbs verdict overturning Roe v Wade was “just a moment where I knew we need more women in office,” Mund said. What she meant was more women who are abortion zealots.

Given this take, you’d expect Mund to run as a Democratic nominee, but Mund is running as a member of the independent party. “It’s not fair to make Americans have to pick one side or the other,” she said. Not that anybody’s fooled. GOP nominee Rep. Kelly Armstrong saw through her veil. “If she’s pro-choice, then she’s running to the left of me on that issue,” he said. “Seems like people pretty high up in Democratic politics are excited about it. It doesn’t change anything we are doing.” If she’s looking to find common ground in a state full of Evangelicals and Catholics, she’s made a huge political miscalculation.

This is not the first time Mund’s floated around in American politics. She’s openly supported the left’s insane climate agenda and criticized President Trump in 2017 for withdrawing from the Paris Climate Accords. But, the ironic twist comes later in the article. Mund said if she wins or loses, she will stay in North Dakota to raise a family. So she wants to raise a family, and at the same time, women should be allowed to destroy families with infanticide.