Next time you hear somebody say parents should have no say over their kids’ school curricula, mention Sara Adams. She’s a 6th grade English Language Arts teacher in Phoenix. Her portfolio also seems to include trans ideology indoctrination. 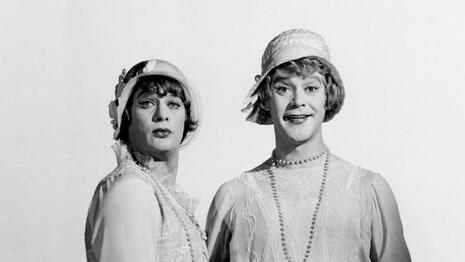 Adams was recently recorded in class at Altadeña Middle School telling students that their parents and grandparents “hard line” regarding gender is outdated. According to AZ Free News, Adams was preaching the brave new world of gender fluidity:

“But as your generations [are] coming around and the generations that are gonna come after you. We are hoping that that line completely disappears. And there is no line. And you are free to be whoever it is who you want to be. And you dress and act and do whatever it is that you want to do because that is who you are,” said Adams. “Sometimes it’s a hard line for some. Sometimes it’s a faint line. Sometimes you can see the line’s been blurred and then someone comes and redraws it. That’s where we’re still at.”

Yes, because we’re still stuck with this thing called “biology.” Adams told the kids that, according to the old views, boys aren’t supposed to “cry” ir “be pretty.”

“Don’t show your feelings. That’s a girl thing. Aw, you little sissy! Isn’t that all you’ve heard before as boys? Don’t cry! There’s no crying, you’re a boy!” said Adams.

Those are supposed to be bad things.

But apparently, she wasn’t doing anything out of the ordinary, just teaching a book in the 6th grade curriculum. Phoenix seems to have a particularly woke school system. And the indoctrination appears to be working. AZ Free News noted that some of Adams’s students defending her on social media have “gender identity descriptions in their bios.”

Catholic school enrollment across the nation is up almost 4%, and it ain’t just public school Covid closures driving families away.