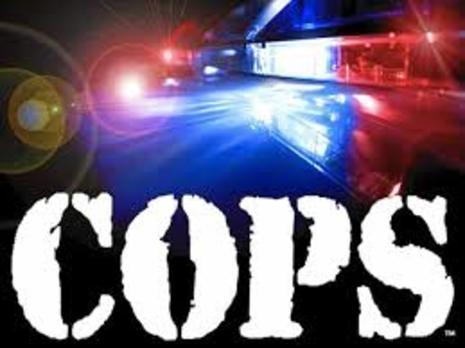 Listen up, Hollywood! The Washington Post’s Alyssa Rosenberg has a terrific idea for you: she wants you to “immediately halt production on cop shows and movies and rethink the stories [you tell] about policing in America.”

Hear her out. “Like many other industries, entertainment companies have issued statements of support for the protests against racism and police brutality now filling America’s streets,” Rosenberg says. But destroying an entire entertainment genre will really show you’re all in with the struggle. “Burn it all down!” and all that, am I right?

Oh, and the pain will be exquisite -- like kneeling before the mob and confessing your tinsel privilege. “There’s no question that it would be costly for networks and studios to walk away from the police genre entirely,” Rosenberg says. “Canceling Dick Wolf’s ‘Chicago’ franchise of shows would wipe out an entire night of NBC’s prime-time programming; dropping ‘Law & Order: Special Victims Unit’  and a planned spinoff would cut even further into the lineup.”

But talk about a story “ripped from today’s headlines!” And one with you guys as the heroes. Think of pulling cop shows as the ultimate virtue-signal. And while everybody’s self-flagellating, you can confess that, at least as far as race and policing are concerned, you haven't done enough to instruct your audiences in right-think. As Rosenberg explains:

For a century, Hollywood has been collaborating with police departments, telling stories that whitewash police shootings and valorizing an action-hero style of policing over the harder, less dramatic work of building relationships with the communities cops are meant to serve and protect. There’s a reason for that beyond a reactionary streak hiding below the industry’s surface liberalism.

By reactionary streak, I take it she means that you all haven’t forsworn the pursuit of material wealth as inimical to your striving for social justice. But we’ll fix that in the public self-criticism sessions.

But good guys and bad guys are so binary and so, well, 2003. Be better. And Rosenberg has a first target in mind. “At ViacomCBS,” she writes, “cable networks chief Chris McCarthy pledged “‘to leverage all of our platforms to show our ally-ship.’” (Side note: I’m trying to be helpful here, but when I read phrases like “show our ally-ship,” a little bit of my soul dies. Can’t you guys be spineless twits without speaking like it?) Rosenberg continues:

One of those platforms also airs “Cops,” a decades-old reality show with a troubled history of participating in police censorship and peddling fear of black and brown criminals. If McCarthy means what he says, canceling “Cops” would be a start.

Exactly! Never mind that “Cops” creator Michael Langley once admitted favoring segments with white criminals over black ones. Or that the heavies in crime dramas are inordinately businessmen -- or they were in 2005, but to your credit, I imagine you entertainment types have only gotten woker since then.

But why cancel when you drive the audience away?

Say writers made a commitment not to exaggerate the performance of police. Audiences would have to be retrained to watch, for example, a version of “Special Victims Unit” where the characters cleared only 33.4 percent of rape cases, or to accept that in almost 40 percent of murders and manslaughters, no suspect is arrested. If storytelling focused on less-dramatic but more-common crimes such as burglary and motor-vehicle theft, the stakes would shrink — along with the case-clearance rate.

And the viewership. But with phrases like “Audiences would have to be retrained,” you know Rosenberg’s heart is in the right place.

Look, Rosenberg’s giving you a way to atone for your sins -- and not just race/policing sins. You know how you guys are all anti-gun until you get on the set and the blanks start flying and the stars start quipping? And all the cash that comes from all the blam-blam buys you bling and gives you the free time to lecture the rest of us about guns? Well, fewer cops shows, fewer opportunities for gun play. Progress, my friends! You're welcome.