Politico: Dead Men Aren’t ‘Cause for Celebration,’ But COVID Is ‘War on Women’

You know the old joke about the front page of The New York Times announcing Armageddon: Meteor Hurtles Toward Earth! World to End by Midnight. Women, Minorities Hardest Hit. Well, Politico seems to think we needed more proof that satire is dead. How else to explain a piece by Ryan Heath and Renuka Rayasam lamenting “Covid’s War on Women?” 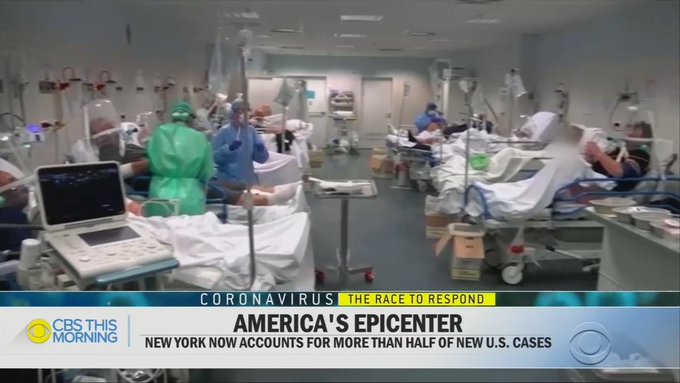 Yes, identity politics and lefty agenda items never rest, even when the most important current facts say they should. Men are twice as likely to die from the Wuhan virus. Women are, by the authors’ admission, more likely to be “essential workers” (70% of healthcare workers are women) and so they haven’t had their livelihoods destroyed. But okay, let’s talk about the plight of gals.

“It’s true that more men are dying than women from Covid-19 around the world,” Heath and Rayasam wrote, “but that’s not exactly cause for celebration.” Big of them, don’t you think?

Anyway, what’s a little death compared to “the daily grind” of “increased cleaning and chores that come with more time spent in the home, which falls disproportionately to so many female household members, to the extra education and childcare work created through closures of school and day care, where men have also been known, on average, to skimp.”

Alice Jorge, a woman living with a disability in Belgium who needs support from her sister and a visiting nurse, was recently asked to choose between keeping her Covid-19 positive caregiver or going without professional care. Three women bound to suffer no matter what choices they took.

Right. Change a couple of variables and it could be three men. Or two men and a woman. Or a man, a woman and a houseplant. (In fact, in the article they pulled it from, Alice Jorge’s story followed one about a Spanish man in an equally dire situation.) As a guide to the particular problems faced by women, the example is meaningless.

As is the larger article. Yes, domestic violence goes up when you lock people in their homes. People have been predicting a surge since the crisis began, though correlating the spikes in calls to Spanish and Ukrainian abuse hotlines to what’s happening in Peoria isn’t the slam dunk the authors seem to think it is.

Then there’s this: “We can expect 7 million unplanned pregnancies in 144 low- and middle-income countries, thanks in part to restricted access to contraception.” Pregnancy -- even the unplanned kind -- isn’t a disease, but Heath and Rayasam seem to think it is. Or maybe it’s just a side-effect of being poor? “The pandemic is deepening inequality,” UNFPA Executive Director Natalia Kanem said, slamming the “Swiss cheese of a safety net” she sees in most countries.

UNFPA is the United Nations Population Fund, “the United Nations sexual and reproductive health agency,” according to its website. “Our mission is to deliver a world where every pregnancy is wanted, every childbirth is safe and every young person's potential is fulfilled.”

So they’re kind of like the ninjas at the World Health Organization, except with sex ed literature and abortion advocacy. Well here at least is something concrete we can do to help women: Organize a condom drop, like the Berlin Airlift but with contraceptives.

The problem with this kind of hackery is that Heath and Rayasam (or somebody) decided to write this article weeks ago, and have just been waiting for evidence to come along to support their premise. Sometimes the evidence isn’t great. Sometimes you have to “skimp.”