Singer to Salvation Army: Kiss the Rainbow Ring or No Halftime Show

Tuesday brought confirmation of two important truths: no good deed (or 129 years of them) goes unpunished; and the “woke” left hates people. That’s why a British singer may not be performing at the Dallas Cowboys’ Thanksgiving halftime show. 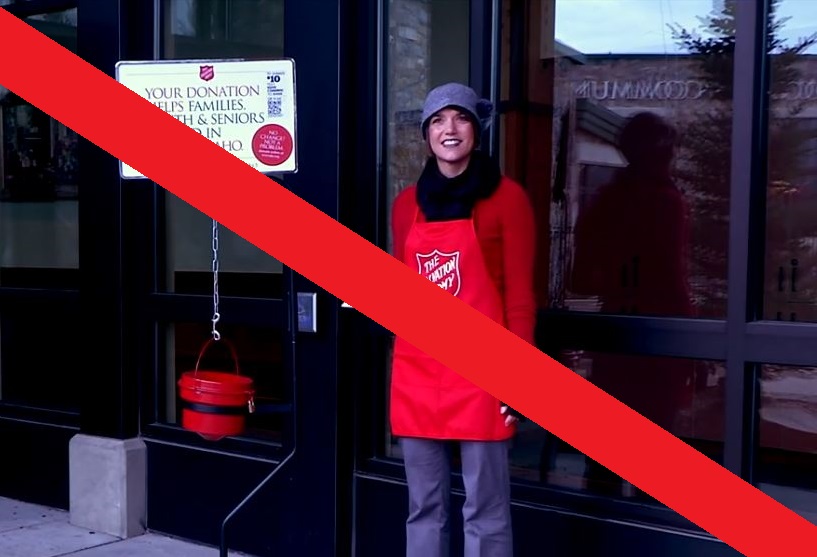 The show is the official kickoff of the Salvation Army’s annual Red Kettle campaign, which runs through Christmas Eve -- you know, the cheerful people who stand in the cold outside supermarkets and ring bells and collect donations. The venerable charity recently struck a deal to have singer Ellie Goulding perform the show. All good until, according to Fox4 Dallas, “some fans began to comment about the group’s history of allegedly not being supportive of gay or trans people.” The horror!

Upon researching this, I have reached out to The Salvation Army and said that I would have no choice but to pull out unless they very quickly make a solid, committed pledge or donation to the LGBTQ community. I am a committed philanthropist as you probably know, and my heart has always been in helping the homeless, but supporting an anti-LGBTQ charity is clearly not something I would ever intentionally do. Thank you for drawing my attention to this.

A cynic might say this is a fabulous career move. After all, LGBTQ-and-sometimes-Y is the most fashionable identity group out there, with lots of pop influence and disposable income. Homeless families … not so much. The more charitable would just say Goulding is ignorant and spineless.

She’s spineless in the face of the world’s bitchiest pressure group. She’s ignorant because she appears to believe the smear on the Salvation Army. Dallas’ NBC 5 interviewed the Army’s National Commander, who said "With an organization of our size and history, myths can perpetuate. An individual’s sexual or gender identity, religion, or lifestyle has no bearing on our willingness to provide service. We stand firmly behind our mission to meet human needs in His name without discrimination."

So the Salvation Army actually helps LGBTs in concrete ways, and even offers them unique services. As the Daily Wire pointed out, the Army runs a dedicated shelter in Las Vegas for transgenders, a group “which is statistically more vulnerable to assault,” according to the Army’s website.

But it’s an orthodox Christian organization still grounded in Truth and tradition (and thus, unacceptable). It serves saints and sinners alike, but it serves them as individuals, not grievance groups, and has mostly refused to go down the social justice rabbithole. That way, madness lies. You’re not allowed to “hate the sin but love the sinner” any more. Now it’s “celebrate the sin or don’t help the sinner.” Turn that red kettle rainbow and who cares if fewer people stop to slip their folded dollars in. Actual help for real flesh and blood individuals is nothing compared with ideological purity and compliance.

Hopefully, the Salvation Army will refuse to stamp a happy face on gay militancy, bid Goulding a polite goodbye and get back to its good works. That will anger the social justice warriors. But everything angers them.