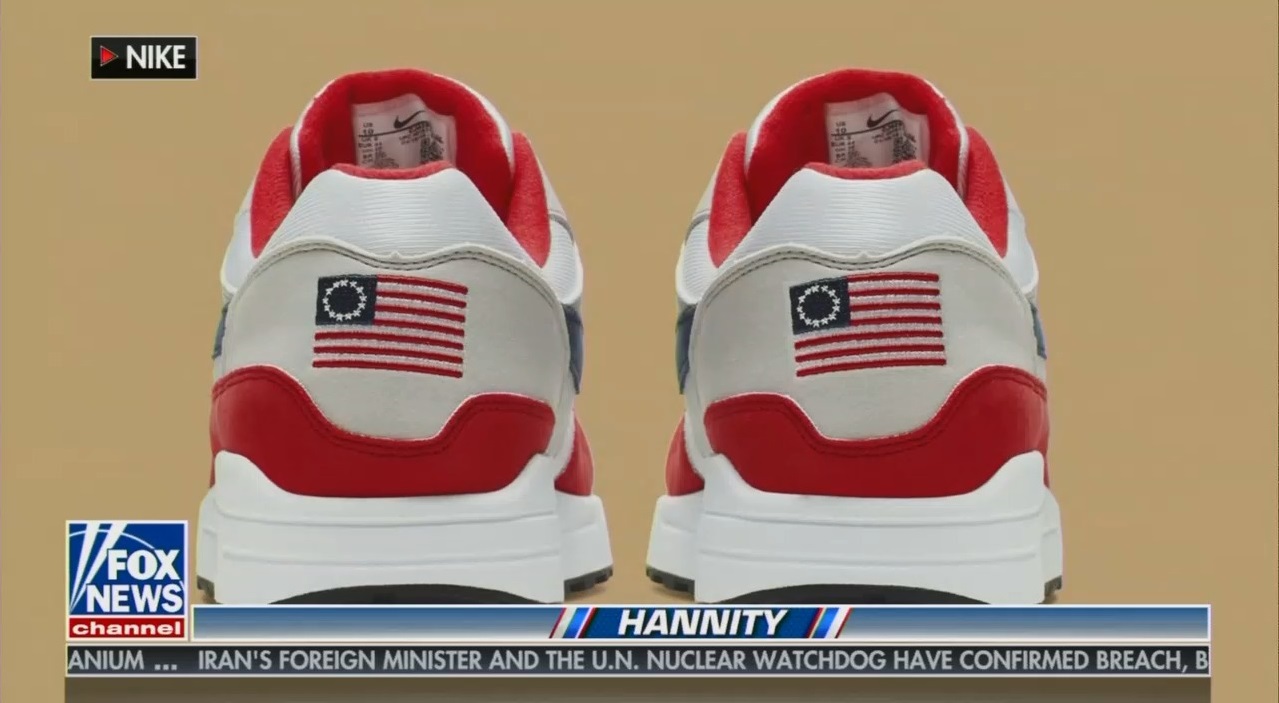 Either somebody in Nike product development is in deep trouble, or it’s being bullied by its washed-up former QB mascot -- it all depends on whether you believe the company’s explanation for its July Fourth flag flap.

Somebody came up with the idea to create and sell a patriotic version of Nike’s Air Max sneakers for Independence Day. “The heel of the shoe featured a U.S. flag with 13 white stars in a circle, a design created during the American Revolution and commonly referred to as the Betsy Ross flag,” according to a Wall Street Journal story picked up by The Washington Times. The shoes shipped and Nike hyped them on social media. And then … nothing.

Nike apparently asked “retailers to return them without explanation,” and the shoes disappeared online. Nike’s official explanation: it chose “not to release the Air Max 1 Quick Strike Fourth of July as it featured the old version of the American flag.”

So Nike developed, manufactured, marketed and shipped the shoes, and somebody just now recognized the flag looks different than the one hanging outside every post office in America? Given the state of public education in the U.S., it’s plausible.

Or is there another explanation? The Journal reported that “people familiar with the matter,” said that Nike shill and anti-American radical Colin Kaepernick got wind of the design and told the company “that he and others consider the flag an offensive symbol of a slave society.”

The reasoning (stop laughing!) there would go something like: the original 13 colonies still had slavery, so their flag is bad. I guess.

Kaepernck refused comment on the matter. He, of course, was an NFL QB who became more interested in radical leftwing politics than football, and showed his Black Lives Matter solidarity by refusing to stand for the national anthem before games. (That was when he still had games to play. Which he hasn’t since 2016. Because football teams are more interested in football than radical leftwing politics. Go figure.)

Nike thought a race-baiting has-been would make a great pitchman, and made him the poster boy for “Just Do It.” If The Wall Street Journal is to be believed, Kaepernick now has the clout to say just don’t do it.

Far-fetched? Maybe. But, with his penchant for sporting cops-as-pigs socks, his love of communist dictators and his funding of groups named for convicted cop killers, there are few bigger jerks than Kaepernick. And there are few companies more craven than Nike.