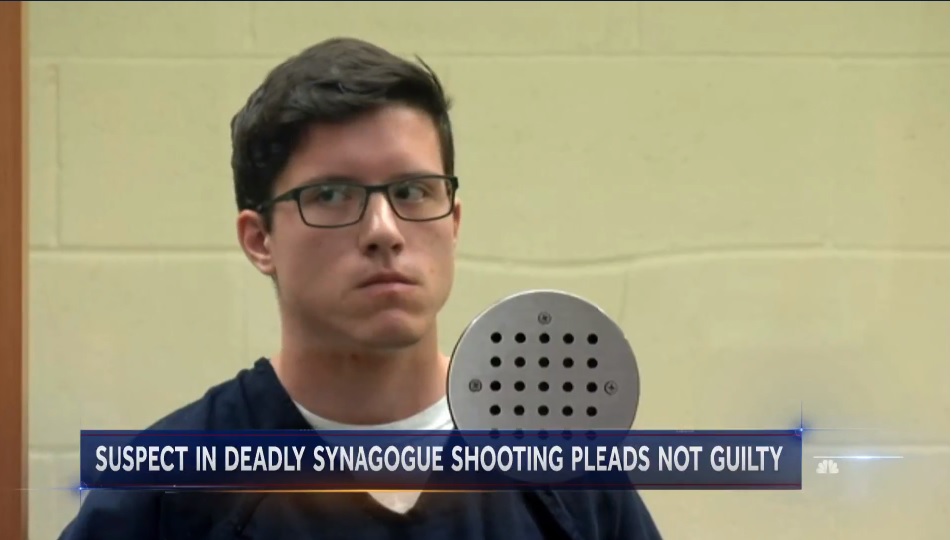 And so we have Postie Julie Zauzmer’s May 2 piece under the heading “Religion” (stop laughing!), saying that the Poway synagogue shooting raises “tough questions for evangelical pastors.”

John Earnst, the alleged murderer, posted a manifesto in which he “spewed not only invective against Jews and racial minorities but also cogent Christian theology he heard in the pews” of his Orthodox Presbyterian Church. In Zauzmer’s summation, Earnst believed “Jewish people, guilty in his view of faults ranging from killing Jesus to controlling the media, deserved to die. That his intention to kill Jews would glorify God.” He also explained something about his Calvinist beliefs in salvation.

Are the two related? Zauzmer and some liberal Christians want it to be.

Zauzmer was good enough to note that “Christian leaders across a wide range of denominations condemned the attack” (as though they wouldn’t) and that the OPC put out a statement saying “Anti-Semitism and racist hatred which apparently motivated the shooter . . . have no place within our system of doctrine.”

The niceties out of the way, she found some Christians ready and willing to shoulder guilt. Rev. Duke Kwon of the Presbyterian Church in America, a denomination similar to the OPC, told Zauzmer “some parts of the manifesto made him so uncomfortable. It wasn’t the white supremacist drivel taken from online chat rooms, totally foreign to the church, that chilled him most. It was the familiar theology, the parts where the writer showed he did believe what he’d been hearing in the pews as well as what he’d been hearing online.”

“Rev. Mika Edmondson read those words and was stunned. ‘It certainly calls for a good amount of soul-searching … We can’t pretend as though we didn’t have some responsibility for him — he was radicalized into white nationalism from within the very midst of our church.”

“When there’s an act of ‘radical Islamic terror’ — somebody claiming they’re motivated by their Islamic faith — if we’re going to call upon moderates in Muslim communities to condemn those things, we should do the same,” said evangelical pastor Chad Woolf, who Zauzmer said “was one of the first to join in heated debate online.” Of course he was. He went on, “I wholeheartedly, full stop, condemn white nationalism.”

That’s very brave of him. I bet he felt a thrill of defiance when he slapped the “COEXIST” sticker on his Prius and drove around Ft. Meyers. But white nationalists are like the Illinois Nazis; everybody hates them. Woolf is a virtue signaller, and the point of Zauzmer’s piece is to slime the POC, which was “founded to counter liberalism in mainline Presbyterianism.”

Zauzmer addressed some of the theological questions surrounding evangelical views of the Jews. (Unlike some other evangelicals, OPC believes in “replacement theology” so Jews and Israel aren't important to them. If it seems to you like a big leap from “The Jews are no longer God’s chosen people” to “go gun ‘em down,” it is.) But they were at best window-dressing on a hit piece.

Apparently, Earnst used the term “cultural Marxism,” which is “a term some Reformed and Calvinist people use to resist calls for racial justice,” said Edmondson, who's “the only African American pastor in the entire OPC denomination.” Why does that matter? Well, as Zauzmer noted, “81 percent of evangelical Presbyterians … are white.” White and not liberal? That’s evil just waiting to happen!

resistance to discussing current-day justice issues is common in some evangelical churches, where pastors say they are only there to preach the Bible. “In that stream, you could attend a church where maybe 80 to 90 percent of the people there are also white, and you could not really be forced to be uncomfortable if you had [anti-Semitic] biases,” he said. “By not addressing these things from the pulpit, whether you mean to or not, you give cover for some of these ideas.”

Translation: You must be actively leftist or you’re on the side of the haters. This is pure modern progressivism. There’s no nonpolitical space left, and words are violence, so rational notions of causation and proportion are dead. Doubly so for white evangelicals.

Earnst wouldn’t be the first psychopath to twist religious beliefs into a justification for murder. Nor would he be the first to cynically hide behind them. We don’t know which is the case. Could there be some dark corner of OPC theology that encourages Jew-hatred and other bigotry? Maybe. Maybe they have “Zap a Zionist” airgun game at the church picnic or an “Adopt an Aryan” ecumenical outreach program. But there’s no evidence of it.

The fact is, OPC preachers don’t exhort their flocks to kill Jews and infidels or drive Israelis into the sea. Until the OPC-related body count reaches 0.1% of militant Islam’s, Zauzmer’s article will remain a smear.