The Other Massacre: Networks Silent on Islamists Butchering Nigerian Christians

People in and out of media are having a useful discussion these days: Since it’s clear terrorists like the animals in Christchurch want recognition, what is the appropriate way to cover their outrages? How much information should be available about the murderers and their intentions? 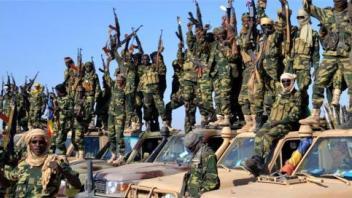 When it comes to more routine outrages that happen across the Third World, the question for the media is simpler: Should we cover it at all? Most often, the answer is no. Certainly not if the perpetrators are Muslim and the victims Christian. But really, no combination of aggressor/aggrieved is of much interest to the media because, for all their one-worldly pretensions, they don’t much care about violence outside developed Western nations. ABC, CBS and NBC have all ignored the extreme violence against African Christians occurring in the last month.

Varying reports say that anywhere from 120 to 280 Christians have been slaughtered by Islamist militias in Nigeria since Feb. 9. Here is a sample of some details from NGO Christian Solidarity Worldwide:

On 11 March, 52 people were killed and around 100 homes were destroyed in attacks on Inkirimi and Dogonnoma villages in Maro, Kajuru Local Government Area (LGA). The victims included women and children. According to survivors, their assailants divided into three groups; one group was shooting, another set fire to homes as people ran away, and the third waited in the bush to intercept fleeing villagers. Later that evening, dozens of people were injured and 43 houses were burnt in an attack on Ungwan Gora village.

More generally, Boko Haram (the same group that kidnapped hundreds of Christian girls in 2014, earning a frowny face from Michelle Obama and the business end of her husband's toughest hashtag diplomacy) “killed 126, including 83 civilians,” in Feb. “and Fulani militants killed 79,” according to the group International Christian Concern.

The recent blood bath is just a renewal of violence. Open Door, another Christian NGO, offers by way of examples of Christian suffering three incidents in 2018 in which 254 Nigerian Christians were murdered, including two Catholic priests.

Broadcast news viewers wouldn’t know about any of this. ABC, CBS and NBC news haven’t aired a word on the renewed violence. It would be understandable if they never reported news from Nigeria, but that’s not the case. All three networks reported on the March 13 collapse of a three-story school building in the city of Lagos, and the subsequent efforts to rescue survivors.

Says a lot about which stories they want to tell. The networks have long had a problem reporting forthrightly on what Barack Obama’s State Department (reluctantly) termed the Christian Genocide.

As MRC reported before, between 2014 and 2016 -- the height of ISIS atrocities in Iraq and Syria -- the networks covered violence against Christians in majority Muslim countries 60 times. At the time, one NGO had recorded 226 Muslim-on-Christian attacks, and at least 125 attacks against churches in the region. According to one Christian group, 7,000 Christians worldwide were killed because of their faith in 2015 alone. But the networks rarely called it “genocide,” even though it certainly met the definition laid down in the 1948 UN Convention on Genocide, even after Secretary of State John Kerry identified it as such in March 1996, even after 40 percent of Christians fled the Middle East. The birthplace of Christianity is nearly empty of Christians, but it isn't on the evening news.

Islamist violence hasn’t disappeared, the networks have only gotten worse at covering it. According to a report from “The Global Extremist Monitor,” former British Prime Minister Tony Blair’s group, “There were a total of 7,841 attacks – an average of 21 per day – in 48 countries,” responsible for 84,000 deaths in 2017. None of the networks mentioned the report when Blair debuted in Washington, D.C. in Sept. 2018. That’s very odd in the case of CBS, since the statistics above come from a CBS News online report from Sept. 13.

Would it make a difference to ABC, CBS and NBC to realize that most of the victims were Muslim? Or do the terrorists have to move their operations to Brussels to get airtime? Those questions are for the networks to answer, and they’re not talking.