Wide World of Woke: CNN’s Zucker Gets Charge of WarnerMedia Sports Too

You may have heard that Jeff Zucker went to the insufferably progressive South by Southwest gaggle and indulged in a little narcissistic conspiracy theorizing, as is his wont as head of CNN (Narcissism-and-Conspiracy-Theories-R-Us). Zucker said the DOJ tried to kill WarnerMedia’s merger with AT&T, and “It came from the president.” 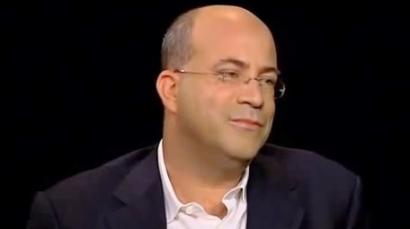 Is it true? Let’s just say it’s got the same chance of being true as anything else that comes out of CNN. But if so, from one sports fan to another: Bravo, Mr. President, and thanks for fighting the good fight.

Trump probably couldn’t have known that the merger would result in Zucker becoming chairman of WarnerMedia’s “sports and news” properties, and he would thus have a chance to make more big-time sports unwatchable. But it’s happened, so the latrine fire consuming CNN may spread to beloved American pastimes.

According to Variety, “the company already enjoys a significant alliance with the National Basketball Association,” and could be in the mix for NFL broadcast rights in a couple of years. And it may be interested in other sports, Golf and NCAA basketball included. “We are not going to take anything off the table,” Zucker told Variety.

Partnering with CNN Sports is just what the NFL needs as it slowly recovers from multiple self-inflicted gunshot wounds to the feet. The anthem protests have simmered down and fans seem to be forgetting Commissioner Roger Goodell’s pathetic response. Fans are slowly returning.

For anyone smart enough to learn it, the lesson from the NFL’s disastrous few years is that fans don’t like their sports politicized. In fact, as MRCC has written before, 74% of registered voters watch sports and other entertainment shows to get away from issues, and don’t want to be bombarded with political messaging. A full 43% said they have been less likely to watch live sports and entertainment shows because they have become too political.

And -- Zucker’s bizarre SxSW denials to the contrary -- CNN is nothing if not “too political,” and you can tell from some of its sports coverage. The network long ago sided with “civil rights activist” Colin Kaepernick -- he of the police pig socks, Castro tees and bequeaths to charities named for convicted cop killers. It’s hosts have been mystified why anyone would take offense at the erstwhile QB’s disrespect for the anthem. Don “Airliners Disappear into Black Holes” Lemon has been downright indignant at Kaepernick skepticism: “I think everyone knows in the back of their minds, deep in their heart, what Colin Kaepernick did was courageous and heroic.” Guess it depends on what your definition of “hero” is.

CNN used to agree that Martina Navratilova was a hero -- she was a hero as a tennis star, as a lesbian activist, and back in March 2018 when she spoke out against the BBC paying her 10 times less than John McEnroe to provide commentary at Wimbledon. She was such a hero that her story was on CNN three days in a row.

But she’s forfeited that status by speaking out again. Navratilova’s been at the center of firestorm over the last month because she doesn’t think it’s right for men pretending to women to compete with women in women’s sports. She’s been ostracized by gay activists, dropped from affiliation with one group and smeared as a Nazi for not acquiescing as former men keep winning events in women’s sports.

If you don’t believe it, go to CNN.com, where it’s been reported in multiple articles. Just don’t hope to find it on CNN’s broadcast. According to a Nexis search, Martina vs. the men is too uncomfortable for the woke network to give it even one mention.

Just imagine how fun CNN Sports presentations will be:

WB: Welcome back to the 2020 U.S. Open from Winged Foot Golf Club. I’m Wolf Blitzer. We’ll take you out now to the 13th green and our Jim Acosta. Jim … 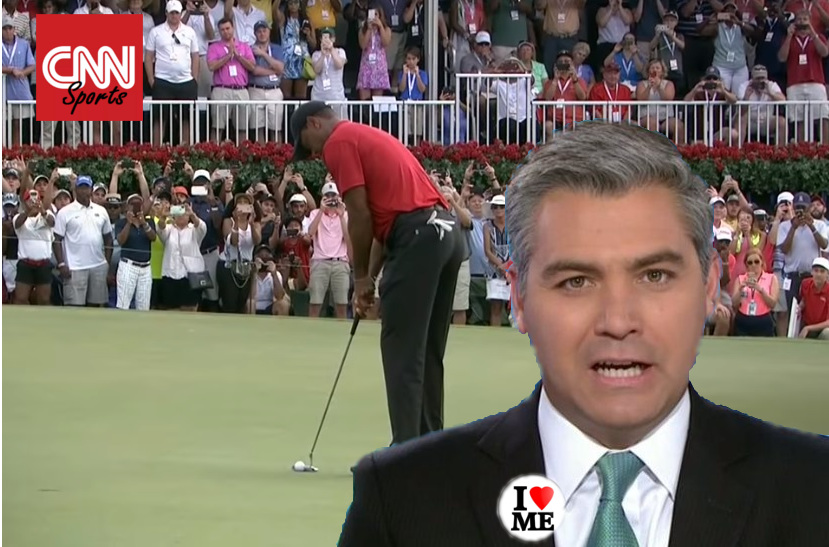 JA: Thanks Wolf. Tiger has about a 13-footer for birdie and it should break left coming down the slope. It’s not an easy putt, and it’s made worse by Tiger’s refusal to speak with me. After he hit a magnificent 6-iron for his second shot, I asked him about the story that he, President Trump and Russian strongman Vladimir Putin were driving golf balls at vulnerable migrant families as they tried to swim the Rio Grande. He ignored me and then had his USGA thugs manhandle me off the fairway … I kept after the truth, Wolf, because I’m a truth-teller, and I won’t be intimidated ...

WB: Jim, let me just interrupt. I see that Tiger sank that putt while you were talking. We're going to go to Brian Stelter in the clubhouse to explain why golf fans should care more about Jim Acosta's brave crusade for truth than the putt we didn't show you. Brian ...

Not saying this will happen, but when you give the sports keys to the guy that gave Fredo Cuomo a primetime show, you never know.