More bad news for the NFL. According to Variety, viewership of the first three weeks of the 2018 season “are down an average 2% in total viewers from where they were at the same point in 2017.” Of course, ratings in the same period of 2017 nosedived 8%-10%.

It’s not just the NFL. Last month, viewership for the Emmy Awards was down 11% from last year, to an all-time low. Back in May, the Billboard Music Awards also hit an all-time low. Could the declining fortunes of awards shows and pro football games be related?

Yes, because both the games and the ceremonies are giving audiences exactly what they don’t want: politics.

According to new data from a Media Research Center/McLaughlin & Associates national poll of 1,000 likely voters: 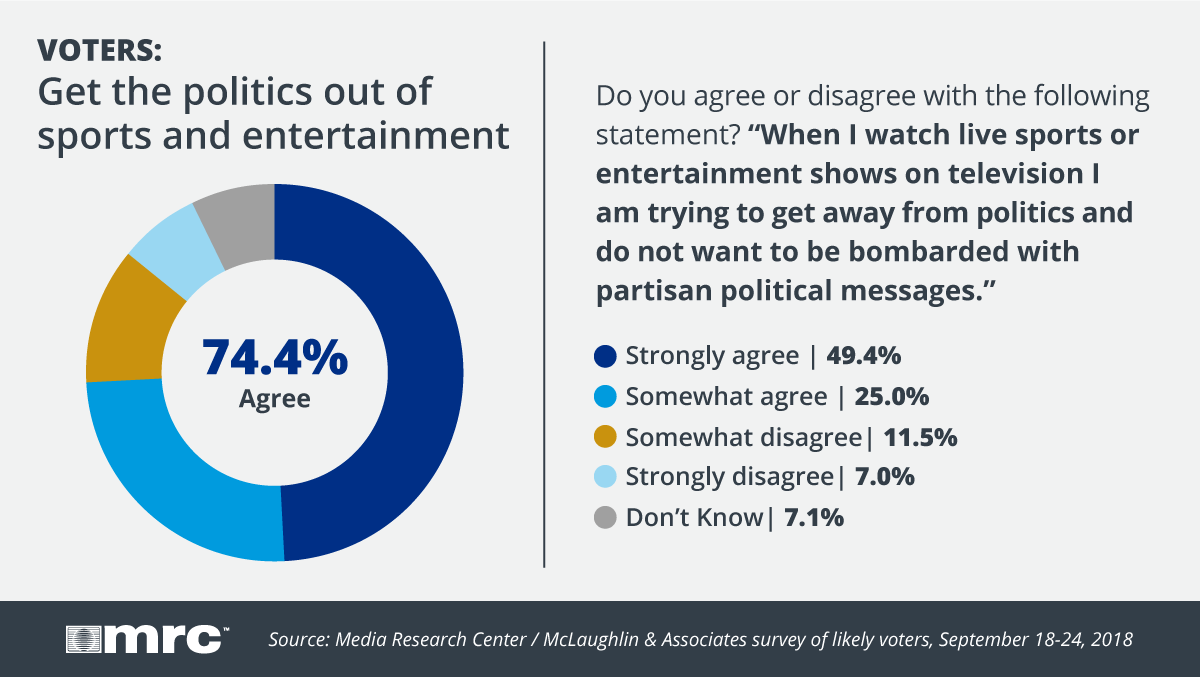 So it’s no wonder live broadcasts are suffering. On the sports side, management seems to have taken tentative steps to address the problem. NBC let Bob Costas go this year, substantially decreasing America’s chances of being lectured on gun control during halftimes. And ESPN belatedly realized allowing Jemele Hill to turn Sports Center into Woke Center wasn’t a smart business move.

That’s something, but according to this survey, too little, too late.