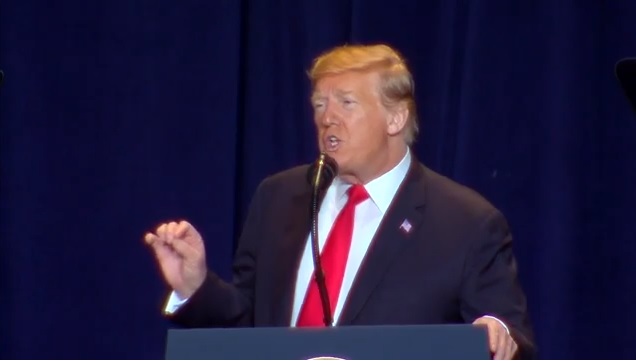 When The Washington Post covers religion, the articles are mainly reminders of the paper’s otherworldly ignorance of the topic, leavened by the occasional inspirational column about social justice rummage sales from the lesbian pastor of The Eternal Woke Church and Vegan Coffee Bar. Unless the Post just feels like belittling the sky-god worshipers.

On February 7, writers Sarah Pulliam Bailey and Julie Zauzmer previewed President Trump’s address to that morning’s National Prayer Breakfast. Well, “previewed” is rather strong. Their headline was “At the National Prayer  Breakfast, Trump is likely to play on white evangelicals’ fears.” Put that in your next heroic Super Bowl ad about "facts."

They cited Clemson sociologist Andrew Whitehead, "a sociologist at Clemson University who researches Christian nationalism, the idea that America is a distinctly Christian nation." He said, “[W]hen Trump needs a boost, he routinely turns to those issues he knows will resonate with the significant minority of Americans who want to see Christianity privileged in the public sphere.” A politician appealing to his base? How craven.

Trump, they said, has used previous NPBs to “reiterate the promises he has made that speak to a core concern among many conservative Christians: that their influence is waning and that their livelihoods could even come under attack.” The theme of his promises, according to Bailey and Zauzmer, is that “He will keep them safe.”

In case Post readers missed the derision in “keep them safe” (sounds like evangelicals are just another victim group pleading for special protections from Daddy Government), the authors turned to Davidson College sociologist Gerardo Marti. “Many evangelicals trust that the infusion of God people and some God talk will result in God-intentioned things,” Marti sneered.

Actual believing Christians, you see, aren’t motivated by a Biblical understanding of right and wrong, and they certainly are not a rational political constituency:

Conservative evangelicals are used to seeing male leaders like Trump who promise to protect them against malevolent outside forces, according to Du Mez. Men like radio host James Dobson, the late Jerry Falwell Sr., and former megachurch pastor Mark Driscoll “built their own religious empires by provoking a sense of danger and embattlement, and then offering fearful followers their own brand of truth and ‘protection.’”

And you thought progressives were the ones with daddy issues! Du Mez was described as "a historian at Calvin College, who has a forthcoming book on evangelical masculinity and militarism."

So Christians are paranoid. Oh sure, Bailey and Zauzmer admit Christians can point to stuff that maybe kinda looks like culture and politics have turned pretty hostile to them. Sens. Sanders, Boxer, Booker and Hirono seem to have confused Father McGivney’s Knights of Columbus with the Dan Brown’s Knights Templar, and liberals darn-near tarred and feathered Hirono’s fellow Hawaiian liberal Tulsi Gabbard for calling it religious bigotry. And “Many conservative Christians like Hunt were disappointed by the scrutiny second lady Karen Pence faced when she chose to teach at a Christian school that bars LGBT students and teachers.”

Lame caveats out of the way, the piece went the full Gillette:

So not only have some of these same evangelical leaders like Dobson, Falwell and Driscoll stoked fears about feminists or non-Christians, “we also have them primed to look to a strong man who embodies a God-given militant masculinity to rescue them from these dangers," [Calvin College historian Kristin] Du Mez said.

So let’s recap. Believing Christians find themselves in a world where: