Stuck in the 60s: Kareem Abdul-Jabbar Doesn’t Get Gratitude

There really are second acts in American life. Just look at Kareem Abdul-Jabbar. One of the greatest college and NBA players of all time, he’s since reinvented himself as the unofficial apologist for dissident black athletes, a superstar joining the ranks of race pimps like Al Sharpton and Jemele Hill. 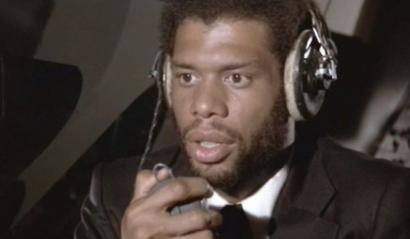 The shame of it is that his first act did more for equality than his second ever will.

Jabbar published an Aug. 28 Guardian op-ed titled “Notes from an 'ungrateful' athlete: what sports have taught me about race in America.” In it, he says (proving he doesn’t know much about the actual American electorate) that “Trump – the pampered Great White Hope of One-Percenters, who has never known a day without wealth – tried to silence black men by telling the world that they didn’t understand their own outrage.”

Jabbar then reaches back to his and others’ experiences in sports in the 1960s. Muhammad Ali is there, refusing to be drafted to go to Vietnam. Tommie Smith and John Carlos make the obligatory appearance with their black power salute at the Mexico Olympics. And there’s Jabbar’s own refusal to join the Olympic team after the murder of Martin Luther King, Jr.

I was torn because I knew that joining the team would signal that I supported the way people of color were being treated in America – which I didn’t. But not joining the team could look like I didn’t love America – which I did. Instead, I chose to teach kids in New York City how to play basketball and why they should stay in school. My decision not to play resulted in hate mail calling me, among other things, “an ungrateful nigger”.

Such reactions, it goes without saying, are despicable. (Incidentally, NFL great Jim Brown, who hoed the same row, is currently being trashed by the left because he opposes the anthem protests.) But here’s the problem: by essentially fast-forwarding from his work on civil rights in the 60s to Colin Kaepernick’s anthem protest (with its attendant pig-cop socks and Fidel Castro tee-shirts), he’s slighting the decades between. He discounts what he and other black athletes achieved from the 1940s - 70s, and the impact of the Civil Rights movement as a whole. It’s not a straight line from Jackie Robinson to Kaepernick. There was Ken Griffey Jr., Eddie Murphy, Bo Jackson, Clarence Thomas, Tiger Woods, Oprah and Michael Jordan. There was Barack Obama. Jabbar mentioned the negative reaction to Aretha Franklin’s soul version of “The Star-Spangled Banner” at the 1968 Democratic Convention. Today the nation is still mourning Franklin’s death in tributes across every medium. And for better or worse, hip-hop has replaced rock n' roll as the music of the young. Not your father's oppression.

That word, “ungrateful,” is the key to understanding what angers those who are so incensed at players’ protests. They want black athletes to be grateful that they’ve been given a seat at the table and to therefore ignore their brothers and sisters who have little hope of achieving that kind of success.

This is exactly wrong. This is no longer the 1960s. Today’s identity politics industry, with its damned-if-you-do gotcha arguments, obscures a simple truth: America is a far less racist place than it was 50 years ago. But it would never do to admit that. Elsewhere in his oped, Jabbar sneers at the kind of patriotism “we sentimentally profess to believe when waving flags on the Fourth of July.” Lefties always deride outward displays of patriotism (the exact kind of patriotism the national anthem makes space for at the beginning of football games) and always claim to have inside knowledge of some higher, nobler form than the rest of us. It’s just that, when the time comes to express it they’re too busy complaining to expound on what it is.

But back to gratitude.

Personally, I want all professional athletes to be grateful. Race doesn’t enter into it. God gave them extraordinary gifts. Some combination of parents, coaches, schools and leagues -- and yes, their nation -- helped them develop those gifts and the market heaps huge financial and social benefits on them for as long as they use them to play the game.

And that is the real keyword. “Play.” To the rest of us, pro athletes are playing the games we love from youth -- a privilege almost every one of us has dreamed of, but only a tiny percentage of us ever experience. We all wish to be in their places, and we all feel that we’d do it “the right way.” Cosmic justice would demand we run out routine grounders, stay on the block until the whistle, hustle up and down the court until we drop.

To do otherwise would be ungrateful.