Tired of the 2018 Winter Olympics with it’s exhausting mixture of big, scary geopolitical nuclear politics and small, silly identity politics? Sick of “side eyes” and racist coin flips and Nork cheer-slaves? Why not relax and get back to a simpler Games by revisiting the 1993 comedy Cool Runnings? It so happens that in Pyeongchang, Jamaica is fielding (icing?) its first bobsled team in years, and ... 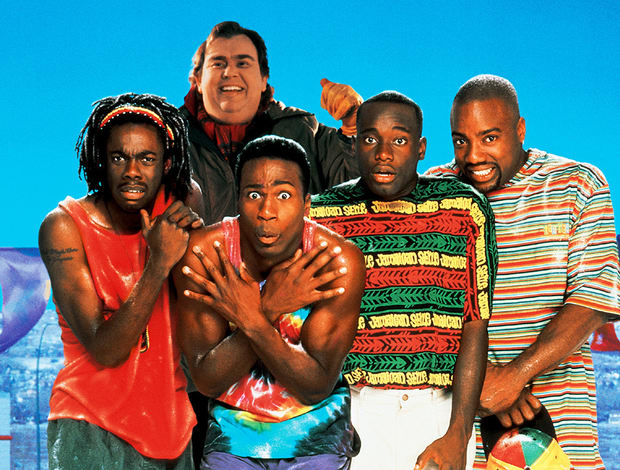 Wait! Scratch that! The Washington Post says Cool Runnings is “offensive,” and “traffics in racist tropes.” Christienna Fryar, a “lecturer in the history of slavery and unfree labor at the University of Liverpool,” and an arbiter of what is acceptably Jamaican, rewatched the movie for you and she is not amused.

The movie, which Fryar explains is “about tropical athletes who see snow for the first time just days before they compete on ice, made Jamaican bobsledders a cultural phenomenon.” That’s good. Cultural phenomenons are good, right?

Nope. “Playing nationality for laughs” is a problem, Fryar says. “The movie isn’t interested in expanding viewers’ imaginations about what being Jamaican might mean, so it falls back onto familiar signifiers: colorful outfits, reggae, market women, accents and phrases like ‘yeah, mon.’”

Also, “there are brief allusions to the fact that [one of the characters is a] Rastafarian, but there’s never any serious discussion of his religious practice.”

Wait, the movie includes John Candy in a supporting role. John Candy -- Dewey Oxberger, Gus Polinsky, Barf. But it’s supposed be concerned with what “being Jamaican might mean” and whether Haile Selassie is the Second Coming of Jesus? Fryar even has a problem with Candy himself, through whom Cool Runnings “flirts uncomfortably with white-savior themes.”

Fryar says Cool Runnings is a is “a kids’ movie,” though she doesn’t seem to really believe that. The movie is historically inaccurate, and Jamaicans “-- who are better attuned to the richness and diversity of Jamaican cultural life --” weren’t involved in making it. “The country of my ancestors deserves more.”

Even Fryar’s praise for certain aspects of it is too serious and self-important (“an uplifting story that had a prominent place in the island’s estimable Olympic history”) for a flick that had more in common with the Swedish Bikini Team than Chariots of Fire.

Cool Runnings is a silly bit of kitsch from a quarter century ago. Taking it as anything more or less is making a dumb flick dumber, and taking movies, sports, politics and -- especially yourself -- too seriously.