Disney chief Bob Iger says there’s no bias at ESPN and ABC News is “extremely fair,” and apparently says it with a straight face. He may even believe it. As the head of a company that believes it appropriate for characters in children’s movies to “explore their sexuality,” Iger’s bound to have a pretty warped perception of things. 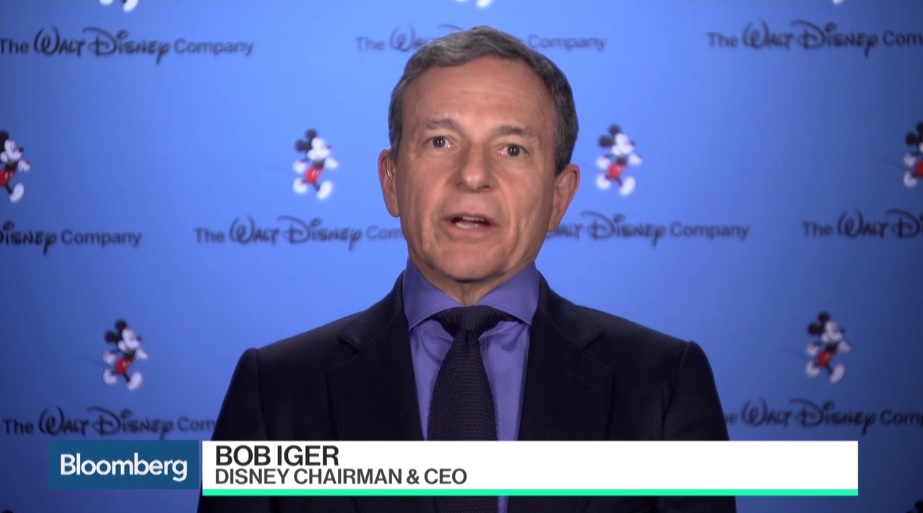 According to The Hollywood Reporter, Iger was confronted about the liberal bias at ESPN and ABC News (both Disney entities) at a shareholder meeting. “‘I’m going to disagree with just about everything you said,’ Iger said in response, before denying any bias at ESPN and defending ABC News for its coverage,” THR reported.

Iger was challenged by Justin Danhof, the general counsel for the National Center for Public Policy Research, a shareholder activist organization. In a press release, Danhof explained, “I don't think that Mr. Iger has turned on ABC News or ESPN in a very long time.”

When we presented Mr. Iger with very specific examples of bias and failures of basic journalistic ethics, he dismissed these concerns as being exaggerated. Even when we asked him about a top ABC journalist colluding with a political campaign to smear a perceived political opponent, he claimed he was proud of ABC's efforts and that the network operates in an extremely fair way.

Audio of the confrontation is below:

The Hollywood Reporter didn’t go into Iger’s defense of ESPN, which has come to include so much liberal commentary that it’s pretty much MSNBC with better video. But since profits were down 13 percent last quarter and the “sports” network is about to lay off a bunch of its on-air personalities, it couldn’t have been much of a defense anyway.

As for ABC News:

“I can stand here today, look you in the face, and say I'm proud of the efforts of ABC News. I respect ABC News. And I believe they work very hard to present news in an extremely fair way,” he said. Iger added that people will always see media bias, “yourself included and perhaps the president, who believe it [the news] is not being presented in a way that's consistent with their own beliefs.”

Well, Disney is in the business of fairytales, and if the boss wants to spin a yarn about the network of George Stephanopoulos playing the news straight, what’s to stop him?

“What's happened here is there’s an indictment about the press because it doesn’t toe the line with positions that are being taken by others,” he said. But isn’t the press supposed to, you know, report, rather than stake out positions?

Then there’s this gem:

Iger defended the role of the press to hold those in power to account. “We’re privileged as citizens of the United States to live in a society where the press can act in an adversarial role in a number of different ways,” he argued.

But of course, Iger is a Democrat who’s expressed interest in running for president. He knows where his electoral bread will be buttered, and he just happens to own one or two of the knives that’ll spread it.