What do you suppose happens on YouTube to a video that is a “discourse on the First Amendment and the tactics that progressives are using to limit speech and political engagement by conservatives”? Well, according to the Wall Street Journal, it falls victim to an algorithm with absolutely no sense of irony.

A video titled “The Dark Art of Political Intimidation” was posted last week by WSJ columnist Kimberly Strassel as a PragerU lecture. “Within several hours of PragerU posting the video,” said a WSJ editorial, YouTube placed it in ‘restricted mode,’ making it inaccessible to schools, libraries and young Americans whose parents have enabled YouTube technology filters.” 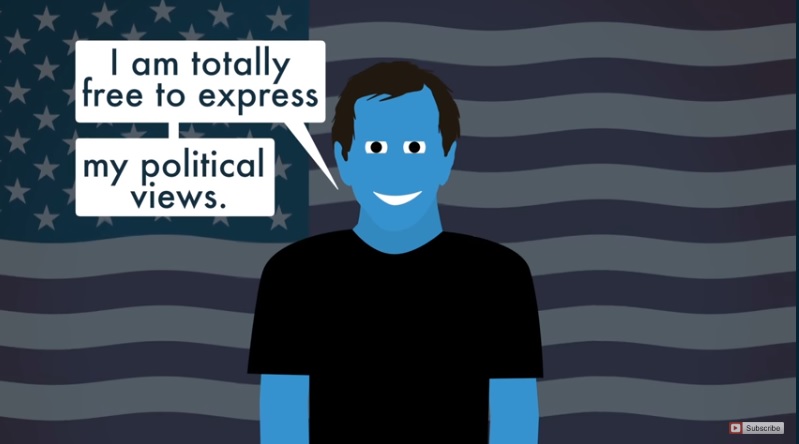 Conservative radio host Dennis Prager’s idea for PragerU is to give students alternative, non-progressive takes on history, civics and other issues. Of the 100+ PragerU videos, YouTube restricted 18 of them, even though there’s no cursing, no violence or any kind of indecency in any of them.

What the videos have done is run afoul of progressive orthodoxy. YouTube told WSJ that “video restrictions are decided by an ‘algorithm’ that factors in ‘community flagging’ and ‘sensitive content.’” In other words, the algorithm was tripped by progressives trying to limit speech and political engagement by conservatives. Flag a video enough times and the restrictions kick in. Do it often enough and YouTube is your safe space. Extra points for flagging videos that accuse the left of doing exactly what you’re doing.

Unless the WSJ gives YouTube a headache about the system, which it did in the case of Strassel’s video. YouTube lifted the restriction over the weekend.