It took less than five seconds of animation in the latest trailer for Pixar’s Finding Dory to convince Twitter and some media outlets that Disney will finally feature a lesbian couple.

Around the one-minute mark, two women are shown with a little girl in a stroller during a fast-paced escape scene for Dory, the beloved forgetful fish. 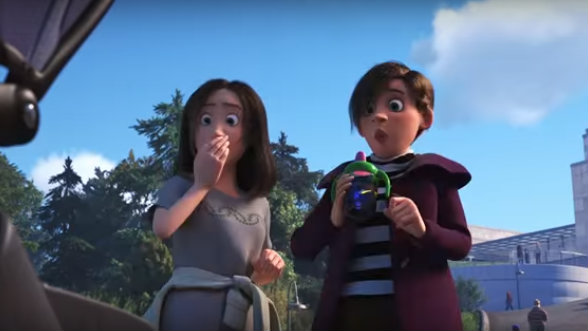 Twitter user Matthew Gottula seems to be the first to point out the possibility of the two being a lesbian couple.

Gottula’s comment spurred a wave of excitement among LGBT proponents. Yahoo, Telegraph, Mic.com, and others wasted no time promoting the rumors.

While Disney promoted the LGBT agenda in its children’s TV shows, such as “Good Luck Charlie” it has been slow to insert it into its animated features. However, Pixar, which has long supported the gay agenda, may now be bold enough to do so. So far Pixar has not commented.

Last month Disney attacked a Georgia religious liberty bill, the Free Exercise Protection Act and threatened to shut down filming in the state if the bill was signed into law. Disney-owned Marvel Comics at the time was shooting “Guardians of the Galaxy 2” in Georgia and last summer shot “Captain America: Civil War” there.

The eagerness to see a gay couple in Finding Dory is only the latest in a series of pushes for more LGBT characters in both animated and live action movies and shows. The #GiveElsaAGirlfriend campaign erupted earlier this month followed by #GiveCaptainAmericaABoyfriend this week.