Don’t know how to teach your kids about Trump’s racism, the evils of the 1%, or the importance of gun control? Don’t worry, Netflix has got you covered. 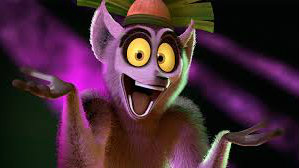 The Netflix original children’s series, All Hail King Julien, is based on the popular Madagascar movie franchise and will soon debut its third season. The series will include an episode dedicated to mocking Trump.

In the episode, the characters (who are all lemurs) sing a song called ‘Don’t Touch Our Stuff,’ during which they build a wall to keep other animals off their island. Showrunner Mitch Watson said that the song is “about building a wall to keep other animals away because Julien and the lemurs feel they are taking away their jobs even though the lemurs don’t work, and taking their housing even through there are plenty of trees, and eating their food even though there is more than enough for everyone.” The lyrics take a jab at Trump supporters, saying “We take pride in the way we hide, we never change and don’t like strange.”

Satirizing current events is a key component of the show. A past episode focused on gun control, when the lemurs tried to arm themselves with deadly scorpions that ended up turning on them. The show has also tried to instruct kids about the 1%, religion vs. science, and trigger warnings.

The anti-Trump song ends with the line “we’re closed for business, just go away.” Maybe that’s Netflix’s message to their conservative viewers.