Actress-singer and notable leftist Janelle Monáe has been vocal about her upcoming movie Antebellum. Like most films this year, it was originally set to be released earlier in April but has since been pushed back due to COVID restrictions. It’s now set for release this Friday on VOD, so Monáe has a lot to say about the picture. Unfortunately, none of it is that good. 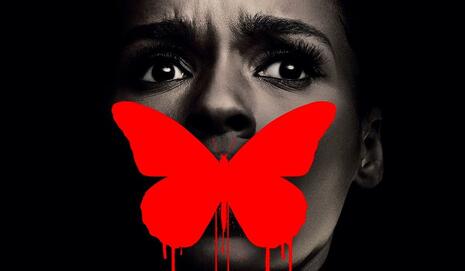 To start with, the film follows Monáe’s character, a modern-day activist named Veronica, as she is mysteriously kidnapped and somehow sent back to a 19th century plantation. Predictably, this turns into a claim that 2020 America is in every way, shape, and form similar to pre-Civil War America.

“It reminds us that the past is not the past,” she said Monday night, according to Variety. “The past is not even dead and I think the film is very timely and does a great job, an exceptional job of linking and connecting the dots of the past, the present and what could be our future.”

In an interview with Entertainment Weekly, Monáe described “for me, this film does deal with the burden that black women carry every single day as we try to deconstruct white systemic racism.” I have a feeling that the black women in the 1800s had a lot more issues to deal with than black women today and I know things have improved a lot since then.

Of course, this may be because she clearly doesn’t understand history in general. According to Variety, Monáe ascribes to the debunked 1619 Project and false idea that policing was started to uphold slavery:

“There’s erasure going on. There’s whitewashing going on,” she said. “The 1619 Project they’re trying not to put it in our schools…We have to remind people that when we’re screaming, ‘Defund the police! Abolish the police,’ why are we doing that? Because in the Civil War, one of the earliest institutions of policing was the slave patrol. The police were built out of terrorizing Black people — not protecting and serving, but to capture us when we ran away, to stop us when we tried to revolt. And they didn’t just take our ancestors — they took our ancestors who had dreams.”

Expanding on the subject of slavery, she commented to EW, “We need to be reminded that when our [African] ancestors were stolen, they didn't steal Black people who just wanted to be a slave. They didn't ask to be enslaved… They had real lives and dreams, and passions and were pillars in their communities.” It might come as a shock to lefty celebrities like Monáe, but people already know black people didn’t want to be slaves. That’s why they were called “slaves.”

“This is not a slave movie, and this is not a white savior movie,” the actress declares. “Most of the films I’ve watched over the years that deal with this very evil system have predominantly been white savior films. I don't think that [they hold] white folks accountable in the way that they should. It absolves them.”

She hopes the film can be “a mirror for those who are not committed to being anti-racist” and help white people “who don't get why Black lives matter, who have benefited from these systems that have not been built for Black lives, [to] stop perpetuating the delusions of white supremacy globally.” First of all, genuine racists likely will never watch this film, anyway. Second, I highly doubt that a film that presumes every white person is contributing to white supremacy will do any good to society.

Unfortunately for her, critics don’t seem to be warming up to the picture as it currently stands at a rotten 34% on the critic site Rotten Tomatoes. Still, that doesn’t seem to bother Monáe as she clings to the politics of her film, boasting on it being authentically black and declaring “f*** respectability:"

“[O]ne of the things that [Veronica] advocates for is that we don't need to try to look white, or to appear like we're asking to be invited into white patriarchy. We should remain authentic in our blackness. We should dress how we want to dress, f--- respectability politics.”

“F--- respectability politics.” If those three words don’t describe the current state of the left, I don’t know what does.