Illegal Immigrant ‘Party of Five’ Reboot: ‘What’s the Matter With This Country?’

If there’s a single show to represent how awful liberal bias can get, it’s Freeform’s Party of Five. First off, the show is a reboot of a popular series that no one wanted. Second, it’s used as a blatant excuse to shove in a forced illegal immigration agenda. Third, and most importantly, it’s not even that good. TV in 2020 can’t get much worse than this. 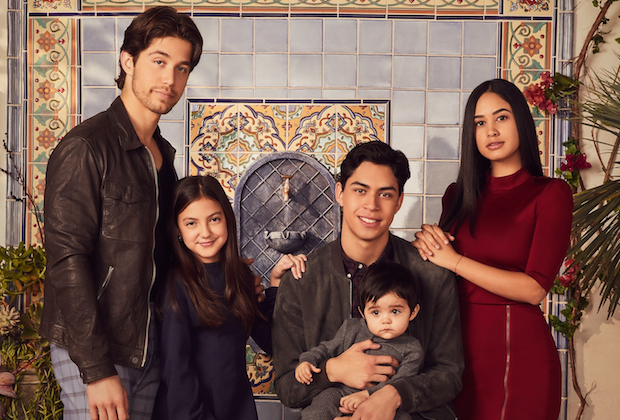 The January 8 pilot follows the general plot of the original 1994 series. Namely, five siblings must take on the responsibilities of a family after tragically losing their parents. The only major difference is that instead of being killed in a car accident, the parents in this series are being held for deportation. And, as the trailers for the show indicated, they never let us forget it.

Every single part of the deportation process is exaggerated to the point of parody. There’s the initial scene where the father Javier Acosta (Bruno Bichir) is arrested by ICE agents in front of his youngest children in his own restaurant. There’s the courtroom scene where the white male judge ultimately refuses to overturn Javier and his wife’s deportation remarking, “Unfortunately, heartbreak...is anything but uncommon in these cases. So is the wrenching apart of families.”

Finally, there’s the moment where the couple is finally taken to Mexico, leaving behind their heartbroken children. This scene really hammers the point home as middle child Lucia (Emily Tosta) shouts, “What’s the matter with this country?” since her parents “did nothing wrong.”

Val: We’ll bring him to visit you every time we can. And we can Skype every day.

Officer: The buses have arrived. You'll be boarding shortly.

Lucia: No, we're not done yet.

Lucia: No, it's not. You've done nothing wrong.

Lucia: No, get your hands off her! She's not less of a person than you are! What's the matter with this country!?

Javier: Lucía! Dignity, mija! Show them who we are!

Lucia: They don't care who we are, Papi! Don't you understand that by now!?

Javier: Then we show ourselves.

Basically, every scene of the pilot is some version of this scene. Namely, it’s one full hour of over-dramatic moments to tell us it’s bad to enforce border laws. It makes Democratic presidential debates seem subtle by comparison.

Sadly, that’s not where our story ends. The second episode, “Margin of Error,” follows shortly afterwards as twenty-four-year-old Emilio (Brandon Larracuente) attempts to looks after his four siblings. The teens, Lucia and Beto (Niko Guardado), have their own issues as Beto struggles to keep up in school. This leads Lucia to try and convince his teacher to change his grade, considering their circumstances. While she comes off as totally unsympathetic, the teacher inadvertently gives the most sensible advice regarding this show.

Lucia: To be honest, how well my brother understands physics has very little to do with the rest of his life. What has everything to do with it is... How well he-- we can keep our family together. The world hasn't been very kind to us lately. And... It'd be nice if someone could show Beto a little forgiveness.

Ms. Mateluna: Actions have consequences, Lucía. And even if I can't teach your brother physics, I can teach him that. Some of us do things as they are supposed to be done. We take time. We do the work. We come to this country legally. I'm sorry that what your parents did put you at risk. Even though it makes things worse for the rest of us who have to prove over and over again that we have the right to be here. There are no free passes. Not for your parents. Not for any of us. And not for Beto.

Portraying ICE as bad and illegal immigrants as helpless, blameless victims was already played out in 2019. At the end of the day, Javier and his wife still chose to enter the country illegally with a baby in tow. They also chose to have four more children knowing full well they were still breaking the law by living illegally in the United States. Everything that happens to them and their kids comes from their own choices. The fact that the show even suggests that this is comparable to losing parents in a deadly tragedy like the original shows how deep the Trump derangement syndrome has gone.

The only thing the country did in this show was enforce its own border laws. No matter how Freeform depicts it, there’s nothing wrong with that.