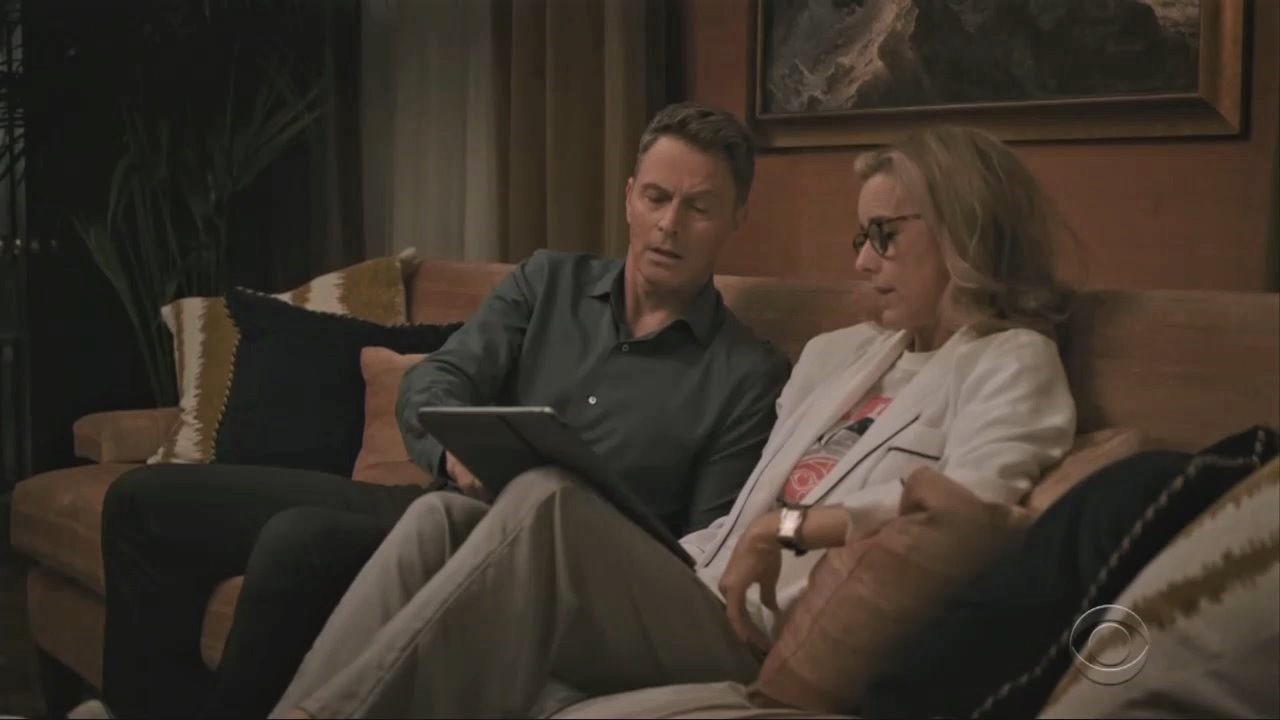 CBS’s Madam Secretary has been quite bold in its final season. First, of course, it starts out with its Hillary Clinton-like female president. Then, it follows up by praising reporters as fighting “the good fight.” Now, it goes one step further in promoting censorship out of fear of causing white nationalism.

The November 10 episode “Deepfake” concerns a video portraying President Elizabeth McCord (Téa Leoni) and her husband Henry (Tim Daly) insulting the South Korean president. It’s fake, of course, but that doesn’t stop the South Korean president from beginning to pull out on a trade deal from the bad press. Apparently, all it takes to bring down a deal is for fake news to be shared by their Alex Jones parody Shawn Olson (Matt Olson) on his Project Falanx channel.

This leads to a discussion about forcing the platform Yourevid (the YouTube stand-in) to take down the video. Chelsea Weldon (Sharon Washington), the CEO of Yourevid, defers to the First Amendment stating, “Our policy is the same as our Founding Fathers: Let the people think for themselves and trust that good speech will fight bad speech.” Elizabeth’s counselor Mike (Kevin Rahm) negatively responds, “Our Founding Fathers had no idea there'd be so many idiots.”

The writers of this show clearly think of us as idiots since they follow the mainstream media idea that the masses fall for every stupid thing they read on the Internet. After all, there are still people who claim that false Facebook ads swung the 2016 election. What’s worse is that Madam Secretary also subscribes to the theory that fake videos not only spread lies but radicalize people into racists as well.

Elizabeth discusses the video issues with Henry and remarks how the platform’s algorithm seems tailor made for the wrong speech. After a few video connections, she notes, “It all leads to white nationalism.” In other words, what the people of Madam Secretary deems to be fake news could lead to racism.

Henry: What's going on? There another video?

Elizabeth: No. But once I searched for it on Yourevid, the algorithm started autoplaying all of these other paranoid videos.

Elizabeth: Well, it starts with the crazy Project Falanx stuff, which brings in the people who are already suspicious of big institutions, and then... It starts validating all of their views, playing one video after another. And somehow, it all leads to white nationalism.

Henry: The pot of gold at the end of the extremist rainbow.

Elizabeth: Yeah. You know, Chelsea Weldon says that Yourevid is a neutral platform, but the way it's set up, it just keeps feeding you more and more poison, you never see anything that offers another point of view. It doesn't want you to.

Henry: How do they justify it? What is the rationale?

Elizabeth: Russell says that their philosophy is "Fight bad speech with good speech." But how, if the algorithm only lets you hear one kind of speech?

As usual, Elizabeth still wins by the end of the episode. She retains her trade deal with South Korea and uses that connection to promote a new South Korean platform called Huyso. Huyso has far stricter speech guidelines and comes from a foreign county, but Elizabeth doesn’t care how that looks. She states, “I'm willing to face the tribunal, as long as voters have reliable information to make their decision.”

Give me a break. While there are obviously fake videos out there, they’re clearly not the focus of what tech giants and politicians want to ban on YouTube in real life. After all, Jordan Peterson and Ben Shapiro are far from white nationalist sympathizers, but they seem to make up the bulk of the censorship discussion. Moreover, a recent study disproved the left's theory that some suspicious videos can lead to radicalization. Without that idea, the whole desire to regulate and censor people falls apart.

In other words, Madam Secretary is fake news.