Into the Dark, Hulu’s monthly dark anthology show based around holidays, is mostly a mixed bag series at best. However, it has fortunately mostly kept away from politics. Unfortunately, the show takes a sudden over-dramatic turn to the left with its Fourth of July episode “Culture Shock.” Let’s just say no one’s rushing to say “God Bless America” in this show. 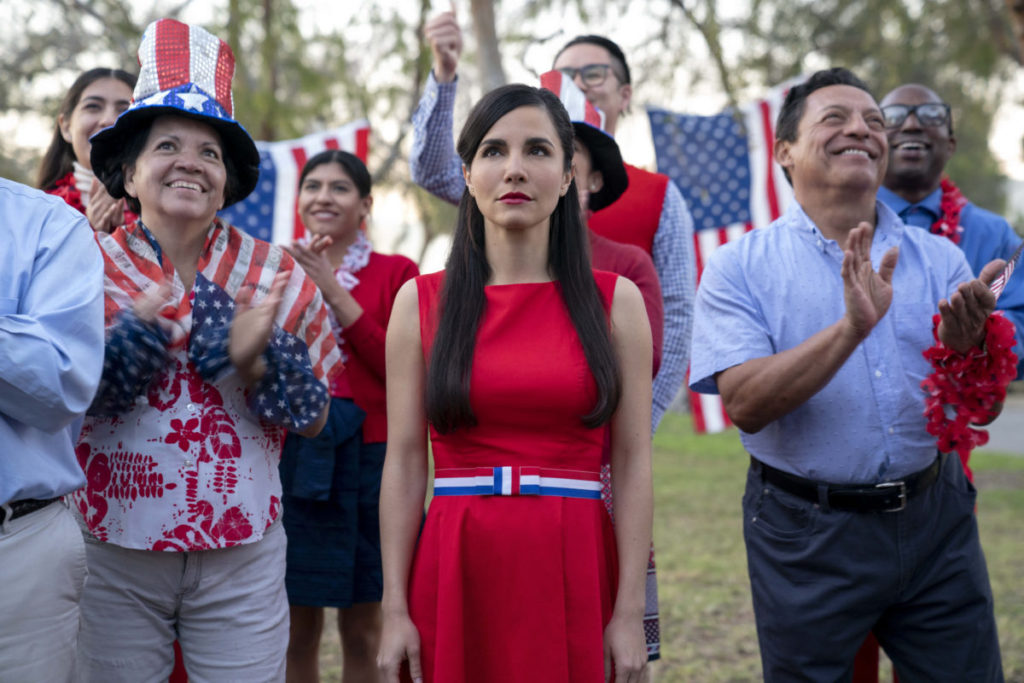 The story follows a Mexican woman named Marisol (Martha Higareda) who wants to travel to the “land of opportunity” despite being alone and pregnant. The episode pulls no punches in giving a sympathetic view of illegal immigrants. Marisol's vulnerable condition is driven home when a coyote attempts to rape her.

She also comes across an unaccompanied child as he makes his way from Guatemala to the U.S. Finally, her group is forced to run from the Mexican cartels as they make the final sprint to the U.S. border. It’s clear that no matter what laws these people are breaking, we’re not suppose to see them as anything other than innocent victims.

After arriving, Marisol awakens in a strange new neighborhood filled with pastel houses and smiling people eagerly preparing for a Fourth of July celebration. Of course, the patriotic imagery comes off as creepy and false because liberals struggle to find anything good to celebrate about America. Even before discovering everything that’s wrong with the town, we’re hit with the message that the American ideal isn’t real.

The truth is that the town is actually a Matrix-like virtual simulation created by a former private prison owner named George Atwood (Creed Bratton) and funded by the Pentagon. According to George, the white American stand-in, “Nobody gives a fuck about these people,” so it’s better to lock them in virtual simulations than have them crowding prisons or being detained. One sympathetic employee, however, helps the illegal immigrants escape as Marisol gives birth. As the others make their way toward freedom in America, Marisol decides to head back home with her baby, shaken by her experience.

I’ll give the show this, Into the Dark may be the first series I’ve seen to suggest that if illegal immigrants don’t like the supposedly torturous conditions in America, then they’re free to go home. Sadly, that’s clearly not the message the show wants us to take.

Gigi Saul Guerrero, the episode’s director, describes the story as “everybody’s horror story, at the end of the day, what’s going on today.” To top the real-world connections, the episode puts up a fake Trump tweet warning “Need funding for the Wall NOW. Dear Illegals, remember as you sew, so shall you reep. SO TRU!!!”

Based on this message, we’re not supposed to enforce borders or question people who want to invade the country. We’re only supposed to view every illegal immigrant as a victim of the President and anyone who doesn’t immediately welcome them into the country. Once again, the Fourth of July provides the perfect opportunity for liberals to hate on America.