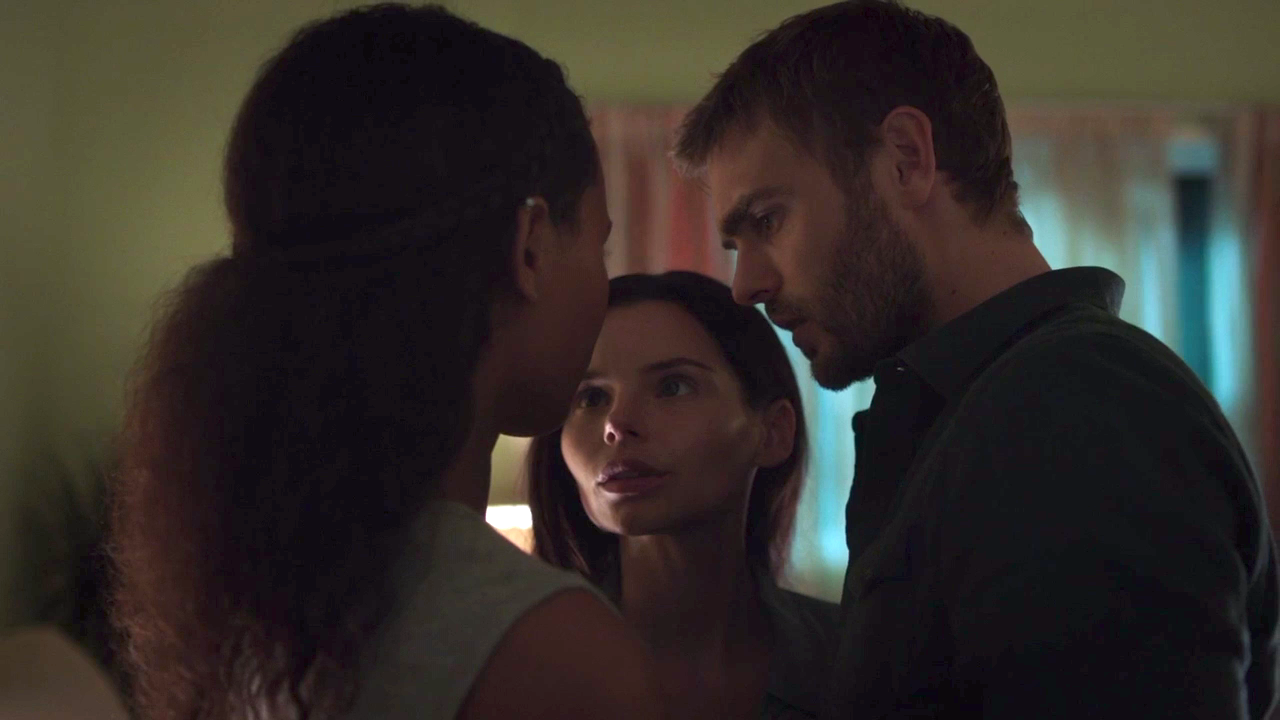 Well, we can’t say we weren’t warned. Freeform’s mermaid series Siren finally made good on its promise to create a polyamorous relationship between its three main characters, one man, one woman and one mermaid. In the latest episode, we witness the start of the actual interspecies threesome....on Valentine's Day.

The February 14 episode “Oil and Water” continues the seasonal plots set up in the premiere where an oil company is destroying the ecosystem by taking part in off-shore drilling and the sonic cannons they ues are disrupting the ocean wildlife and forcing other mer-people to the surface. While mermaid Ryn (Eline Powell) and Ben (Alex Roe) handle the mer-people, Maddie (Fola Evans-Akingbola) comes across her estranged, formerly drug-addicted mother Susan (Garcelle Beauvais).

Sadly, Maddie discovers her mother is still using which drives her away from her house. She instead goes to a safe house with Ben and Ryn to escape her problems. Between them, she confides, “I'm just glad I have this place. And the two of you.” Then, in the final moments of the episode, the three finally consummate their freaky "throuple" relationship by kissing each other.

Ben: Hey. Is everything okay?

Maddie: I'm just glad I have this place. And the two of you.

It looks like polyamory between different species has officially entered cable. Considering that Freeform’s audience is teens and young adults, this development is even more disturbing. Executive producer Emily Whitesell once remarked about the “thruple” situation saying, “This is the world we live in, and it’s the way a lot of people want to live their lives,” but I can’t think of many things less natural than that scene.

At least "Freeform" is a better brand for this show than "ABC Family" was.

In the actual world we live in, this is clearly just a ploy to shove “progressive” values down our throats. Freeform has already surrendered to the LGBTQ+ agenda, so it’s no surprise that they go after human monogamy now. Not even the filth on Showtime has gone down that route yet.

We’re still a long way from the season finale, but it can only go downhill from here. If we can’t even agree on a couple being two humans anymore, there’s no hope for Siren.