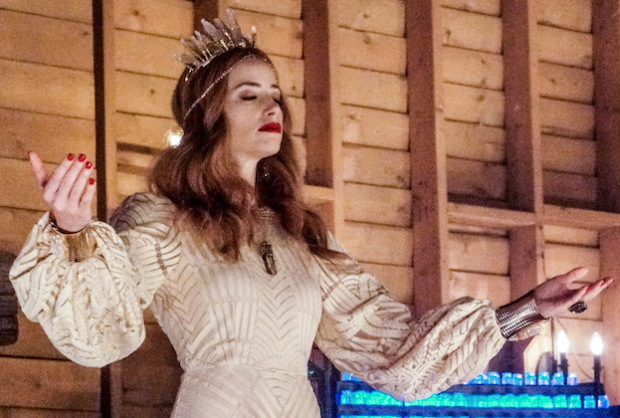 Remember how the previous episode of Midnight, Texas was a gore fest? Well the NBC show’s series finale is a gore fest with a political joke. It’s times like this someone really does need to make TV great again.

The December 28 finale “Yasss, Queen” shows the fictional Texas town of Midnight being overrun by dark witches. The remaining living Midnighters attempt to fight back and scheme against the lead dark witch, a woman named Patience (Jaime Ray Newman). In an act of defiance, assassin Olivia (Arielle Kebbel) tries to find a weakness against the witches but is quickly caught and tortured by Patience herself.

In a sardonic voice, Patience says to her, “You know I don’t have to torture you. You could learn to listen. Obey. Make Midnight great again.”

I’m sure the writers consider this a clever, satirical, and completely original turn of the slogan “Make America Great Again.” At least, it would be if dozens of shows hadn't already done the same thing. In fact, Midnight, Texas might actually be one of the last shows on any network that tried to convince us “make [something] great again” is something only bad guys say.

With the New Year on the horizon, let’s hope we can finally put that joke to rest. It wasn’t even funny in the first place.