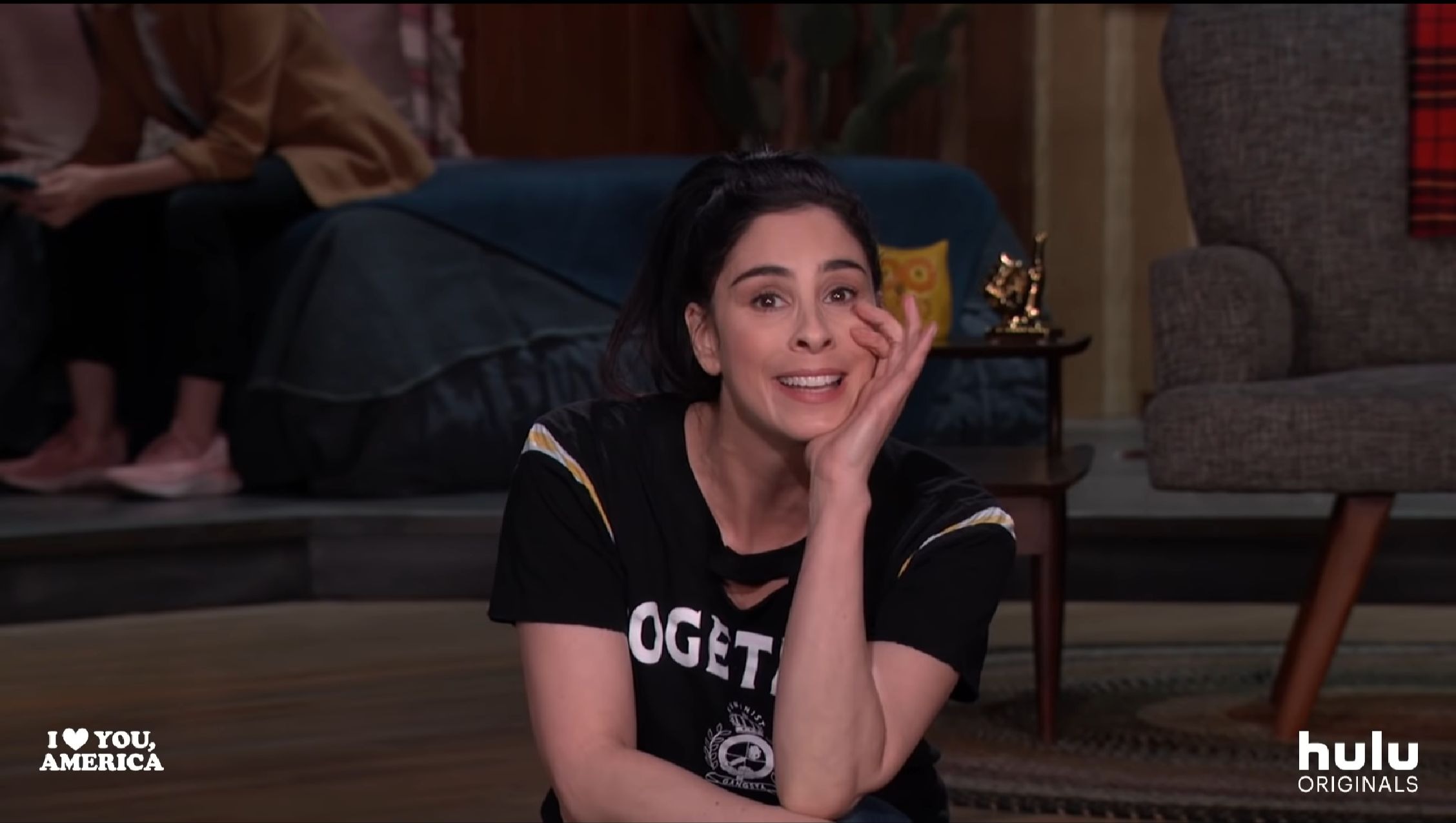 Since this was a Thursday, we had yet another obnoxious episode of Sarah Silverman’s Hulu show I Love You, America to suffer through. In her latest attempt to degrade the right, she claimed that the country is “dog shit,” with Republicans outright suppressing minority votes. Sooner or later, she has to run out of curse words for us meany right-wingers.

As usual, Sarah began her October 18 show with a political rant that was neither original nor funny. This time, she became about the fiftieth or so celebrity to shill for Democratic candidates in the midterm elections. That would be annoying on its own if not for the nonsense she spews this week. In her quest to smear Republicans, she flat-out lied about gun laws and voter suppression.

At this point, she was either deliberately misleading viewers because she knows her liberal friends won’t correct her or so ignorant that she lives on a different planet. I almost don’t know where to begin with this piece.

First of all, does she really think that minorities are incapable of having identification to vote? Does she really think that anyone can just walk into a gun store and come out with an AR-15 with no I.D.? (Even Politifact claims that's not true.) And, even if she ignored that Republicans were behind the original laws to protect minority rights, does she really think the party of Tim Scott, Mia Love, Nikki Hailey, and Marco Rubio want to stop people of color from voting? It would only take five seconds on Google to learn any of this, but apparently that’s too much work for this Hulu series.

Unfortunately, this eventually led us into the promised second part of her “President Trump” interview. In this segment, she asked “Trump” about his plans for the 2020 election, and he followed up on the supposed voter suppression allegation with a voter suppressing scheme of his own. In a further connection, it involves guns.

Sarah: What is your election strategy for 2020?

Trump: My big strategy is local police forces have been armed and militarized, and once I give the go command, we’re going to have them swarm the polls to make sure the right people -- the right people, the white people, vote. Then we’ll have a proper election, but if it’s stolen, which would mean I’d lose, then we’ll have to activate a martial plan -- and I say martial law because we need to do it the right way -- and then I stay in or until Ivanka takes over or whatever needs to happen.

I’m almost surprised at how composed she is if she truly believed every word she puts on her show. If she truly believed that Republicans cheat in elections, that Kavanaugh was a sexual predator, and that we’re all going to die from climate change, why was she wasting her time in comedy? Even she must know this will change no one’s mind or influence policy. Then again, I’d rather see a bad Trump impersonation than any of her liberal policies come true.

Additional portions on this episode included a monologue smearing “white feminism,” I could go on about how she knows nothing about women’s experiences, black or white, outside of her own. I could even call out how just because she recognized her own hypocrisy doesn’t mean her speaking on behalf of minorities isn’t hypocritical. For now, however, I’ll just sit back and gladly have her turn off an entire sector of her audience based on their race. She’s doing my job for me.

Following that, Silverman showed a pre-recorded segment of her sharing a meal with a Mormon family in Wyoming. This apparently qualified as bridging the political gap for her, though even she admitted that neither side really learned anything. In fact, despite being taken out to a gun range, she apparently still had the audacity to keep her claim that one doesn’t need an I.D. to purchase a gun. She may pat herself on the back for “nuanced political discourse,” but she hardly practices it outside Hulu puff pieces on her tolerance.

Of course, that nuanced political discourse didn’t last long. The final segment involved a discussion with noted civil rights activist Dolores Huerta. Like the beginning, both women advocated to vote progressive in the midterms because voting conservative is just unheard-of to these people.

Really, that’s the purpose of this entire series. It’s meant to promote liberal values even at the cost of honesty. Sarah hides behind the veil of getting to know the other side, but every episode just proves how little she knows about anything conservative or cares to. At this point, it’s more embarrassing than infuriating.