I have to give some credit to Showtime’s Our Cartoon President. It’s the one show that would probably be more obnoxious to watch than the Oscars tonight. That being said, we still have to deal with yet another insufferable take on our current administration from the people who still think “bigly” is funny. This latest escapade involves worshipping at the altar of Canadian Prime Minister Justin Trudeau…and the Oscars. 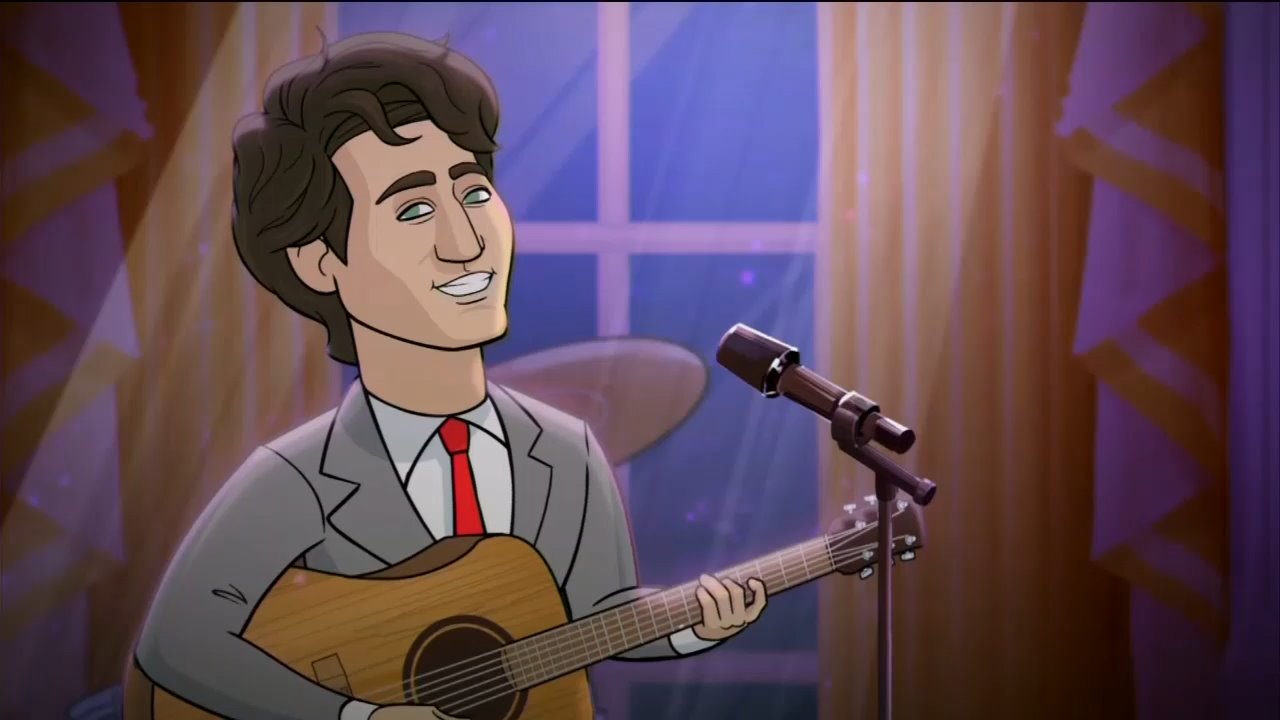 Trump: Not tonight! I wanted to deliver the Oscars monologue. The Russian bots do their thing and here I am. So many great movies this year. I watched "Get Out" sitting next to Jeff Sessions. The guy wouldn't stop taking notes and smiling like he was in a toothpaste commercial. I actually didn't see Call Me By Your Name. If I wanted to see a lanky boy get screwed on foreign soil, I would hang out with Jared Kushner. I hope you’re happy, Call Me By Your Name. Your trailer killed Billy Graham. I like "The Shape of Water". That fish man had it all. Mute wife. Soaked in a bathtub all day. Doesn’t wake up to exits being widened so staff can’t quit in groups. Oh. I'm going to miss my "Lady Bird" Hope Hicks. Anyways, huge fan of Pixar’s Coco, or any movie about a bunch of singing and dancing dead Mexicans. But no movie has been more captivating than the one that we fear we can’t wake up from. "My presidency." And I announce this week I'm running again in 2020.

Trump: Thank you, James Woods. Somebody put James in a movie. Bridesmaids did for women what he did for dip shits.

Now onto what qualifies as a plot. The Trump Administration is planning a state dinner welcoming Canada’s Prime Minister Justin Trudeau. The only problem is Justin Trudeau is, in even his own words, “the world’s most adored leader” and Trump is, well, Trump. The administration even has a meeting regarding how to handle the situation.

Hope Hicks: The state dinner with Justin Trudeau will begin with an official welcome reception then dinner with guests of honor, a toast followed by entertainment.

McMaster: Head this off at the pass. We're not fielding requests for the entertainment portion of the evening. I've gone ahead and booked my favorite band, H.R. and the McMasters. We’re an all rock hip-hop experimental kind of singer-songwriter thing.

Mike Pence: If you like rock, Karen bought me a wind chime.

Stephen Miller: On the side, I am DJ Shit Durge. I spin at Fjord Fest, an underground all-Nordic Coachella.

Trump: Okay. Enough with the self-promotion, people. That's not what we do at the Donald J. Trump Organization’s White House.

McMaster: Thank you, Mr. President. Now that we've decided H.R. and the McMasters will be the entertainment, let's discuss the intelligence dossier on Justin Pierre Trudeau. Strengths: Collaborates with world leaders, reads his briefings, and runs a sub-two hour mile.

Trump: Sheesh, is this guy the Terminator?

McMaster: Weaknesses: distracts peoples with his good looks so they fail to see the kind, intelligence soul he longs to share with the world. Also, baseball bats to his trachea.

Trump: Gentlemen, my training starts today. Don't take it easy on me just because I stabilize my mood with a daily dose of 30 Diet Cokes.

That’s pretty much the story for the next twenty minutes. Unless you’re fascinated by gags about how much cooler Justin Trudeau is than Donald Trump and his family, be prepared to want to slam your head against a wall. We hear every insufferable virtue of Trudeau, from his cute dimples to his six-pack abs to his sultry singing voice (strangely enough hardly anything on his failing policies). He’s just that much better, you guys. Just check out the mainstream media’s report of the dinner:

Wolf Blitzer: Tonight is the night that Justin Trudeau finally became president of the United States.

Rachel Maddow: So if you're just joining us we spent the first half of the show chronicling the last 500 years of human kind to lay the groundwork for this important point. I liked Donald Trump less than Justin Trudeau.

Sean Hannity: Folks, what the mainstream media said you saw last night was a dream. Okay? A fake dream. You hallucinated it because you've been eating too close to bedtime.

Then again, can we really be sure that this isn’t the media’s actual reaction to Justin Trudeau? Sometimes, real life can be stranger than cartoon fiction, after all. This show is so focused on making a joke of Trump that they don’t even notice when their own political side has become a caricature of itself.

Just like no one outside the Trump-deluded bubble would find this show funny, no one outside the liberal social circle finds Justin Trudeau cool or even interesting. Most recently, he actually embarrassed his country in a visit to India, they most certainly didn’t find him a “kind, intelligent soul.” It just goes to show that the only thing worse than a leftist’s overwhelming hatred is their sycophantic fawning.