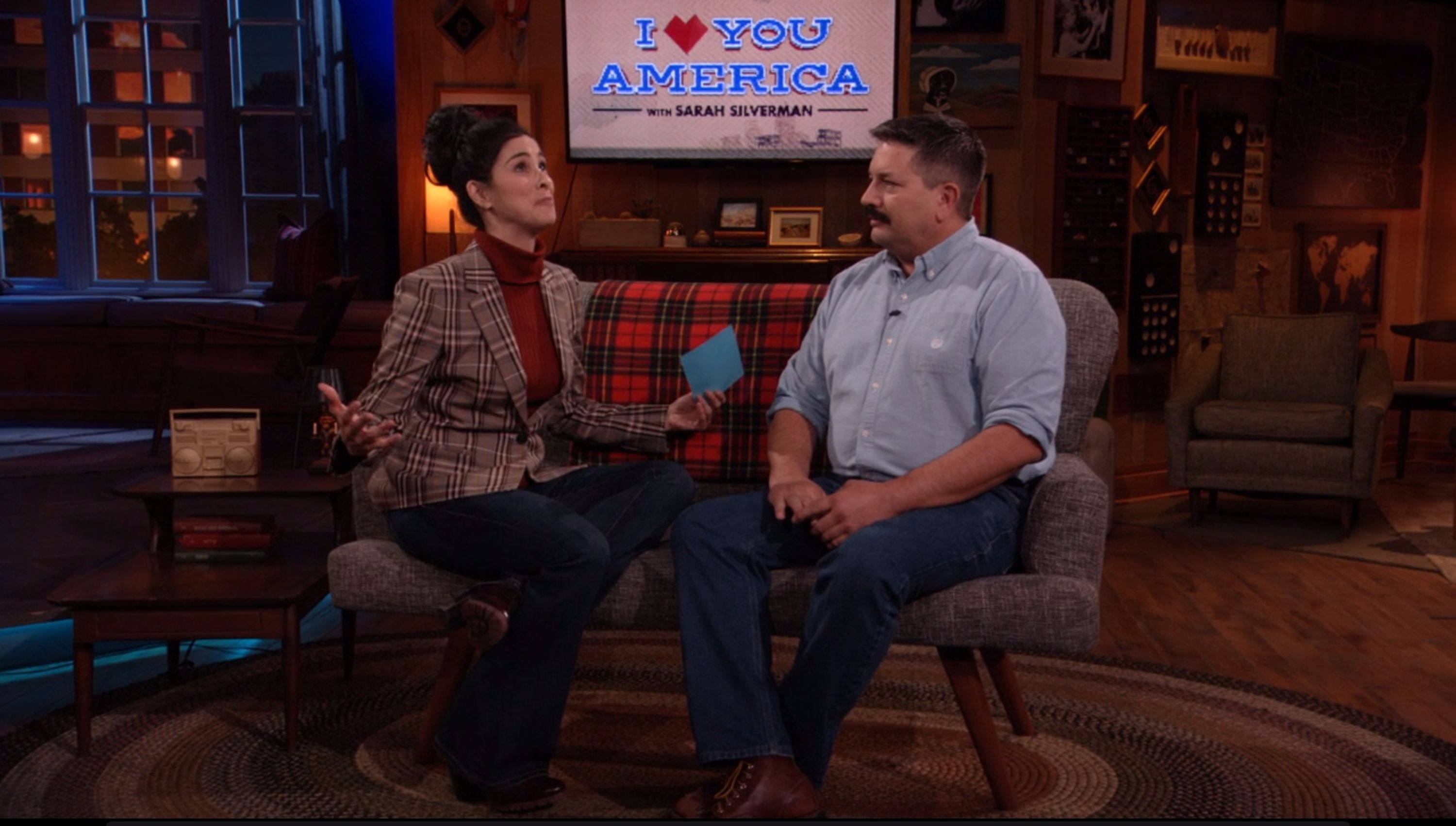 Despite her attempts to reach across the aisle, Sarah Silverman’s Hulu show I Love You, America With Sarah Silverman rarely shows anything conservatives may enjoy. This time, we skip the pretense and find her openly campaigning for the left with her latest guest, Paul Ryan’s 2018 election opponent. At least, she’s being honest now.

The November 30 episode features Sarah speaking to none other than Democrat Randy Bryce who is running against Paul Ryan for the 2018 midterm elections. Almost immediately, the ironwork and union leader receives a glowing welcome from Silverman who promotes him as “literally everyone in America” based on his background and heritage. This makes more sense when you learn the “Ironstache” candidate recently received the support of Bernie Sanders whom Silverman supported until she didn’t.

Going further, Bryce laments about the “extremist Republicans” who “shred everything that was once good” about Wisconsin. Regarding Trump, he acknowledges that many Trump voters also voted for Obama (what a surprise) but speaks about their apparent “buyers’ remorse” with Trump allegedly not intending to keep any of his promises. Nowhere does he comment about the Trump voters who are perfectly satisfied with the President. Perhaps they’re just “extremist Republicans.”

Finally, Silverman shifts the interview to the recent tax plan currently in the Senate. Being the predictable Democrat, he lectures us on how the plan only helps the billionaires and screws the poor. Everyone knows this argument by heart at this point. Everyone also knows that this argument is profoundly wrong. The one bright side to this interview is how he proudly states to be following the Bernie model for his campaign. I guess he doesn’t want to join Congress after all.

For the record, Sarah Silverman has the right to support whatever candidate she wants for office. That’s fine by me. All I ask for now is to drop the presumption of “reaching out” to the other side. Until she gives airtime to a gun-toting, low taxes advocating Republican running for Congress, I doubt anyone buys it anymore.