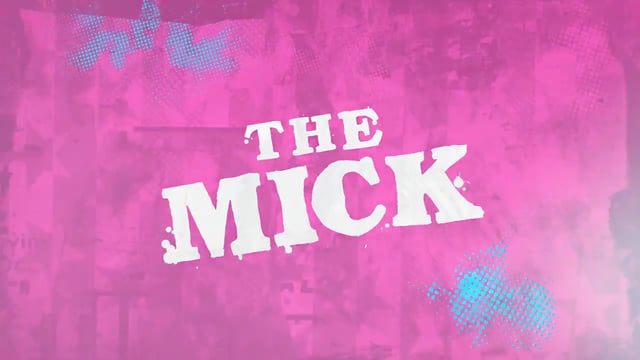 Let’s cut to the chase on this: unlikable people are just not funny. Even worse is when every single character in a "comedy" is unlikable for a full thirty minutes, and they praise an unlikable organization like Planned Parenthood. And yet that is what audiences are forced to sit through with Fox's new series The Mick.

The Mick revolves around irresponsible grifter Mackenzie “Mick” Murphy (Kaitlin Olson) who is forced to look after her niece and nephews after her sister is caught on federal fraud charges with her husband. The rest of the show just constantly puts Mick at odds with her equally obnoxious family members as they attempt to adapt to the situation. The icing on this awful cake would have to be this brief and meaningless reference to supporting Planned Parenthood.

Mick: So... Your parents are safe and they just wanted to see if I could spend a little time with you guys while this whole thing gets sorted.

Chip: (Laughs) It will get sorted, okay? And when it does, those FBI pigs will be the ones rotting in jail.

Ben: Mommy and Daddy are in jail?

Chip: Don't worry, Ben. The scales of justice tip in favor of the wealthy. If we throw enough money at this thing, I'm sure it will go away. And then we'll sue their asses for defamation, okay?

Mick: Okay. So, I have an idea. Ooh! Why don't we all just hunker down and play poker all night long, until this whole thing blows over?

Sabrina: (Scoffs) That's not gonna work for me. Yeah, I'm gonna go to this fund-raiser for Planned Parenthood. Probably crash at my friend's place, go to the city tomorrow. So just don't expect to see me too much. You know, we probably won't see each other at all. Hmm. But hey, let's catch up again in ten years when you need another loan.

Mick: Listen, Sabrina, I got a lot riding on this gig, so can you do me a favor and not be a big, giant, pain in the ass, please?

Sabrina: Maybe you don't know this, but Planned Parenthood provides health care to over three million women in this country.

Mick: Oh, sweetie, I know all about Planned Parenthood. I should have one of those punch cards that gets you a free sub every ten visits.

Mick: The point is, you want to make a difference? Go out on the front line, right? Chain yourself to a redwood, light yourself on fire. Just not tonight, understood?

Sabrina: I'm sorry, were you saying something? I was distracted by how uneven your eyebrows are.

Ah, the old “rich people get away with crimes” and “Planned Parenthood provides help for women” gags. One has far outlived its humor quota, and the other was hardly true in the first place. While I can confirm the first joke is connected to the plot, what is the point of adding Planned Parenthood, other than virtue signaling and providing them free advertising? This episode was awkward enough as it is without referencing the largest abortion provider in the country. Even the characters are squeamish on the subject and don't want to outright say the A-word, but the truth is that abortion is big business for Planned Parenthood.

I suppose decent charities like St. Jude’s or Fisher House just aren’t funny enough. Then again, there is nothing decent about The Mick. Not the topic, not the characters, and most definitely not the humor.

Fox viewers will be subjected to the show at its regular time slot Tuesdays at 8:30pm eastern.