Feminists Angry a Man Won’t Help Them Negotiate Their Salaries

If a man dares to answer a question about feminism, he better be prepared for the backlash if he doesn’t give the acceptable response. But since it seems like even feminists don’t know what they want men to say, good luck to him figuring out what that acceptable answer is.

Even in liberal Hollywood. Take for example The Avengers actor Jeremy Renner’s response to the question, “Would he be willing to negotiate alongside his female co-stars on future projects?” asked by Business Insider UK, Oct.20 during a press conference. 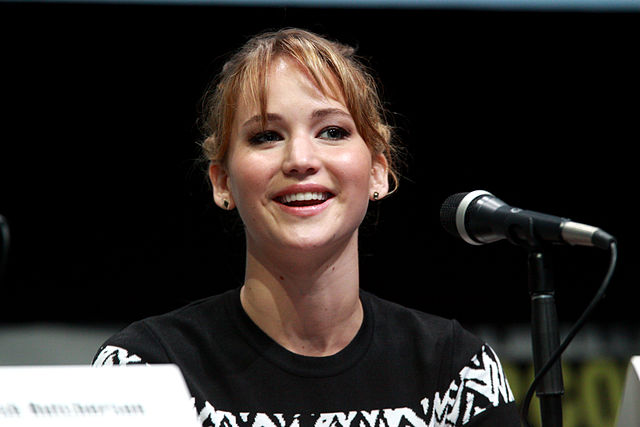 First, some context. Renner’s American Hustle co-star Jennifer Lawrence recently penned an open-letter, highly-lauded by the media, where she explained her shock in finding out how little she made compared to her male co-stars and how she had been afraid to negotiate for a higher salary because she didn’t want to be perceived as spoiled.

Now, the media is buzzing about equal pay in Hollywood and hunting down actors to see if their opinions on equal pay match up to the feminist dogma.

So Renner responded to the question of whether or not he’d help a female co-star get more money, saying, “That’s not my job. I don’t know contracts and money and all that sort of stuff.”

He went on to say he supported equal pay for women in Hollywood but he’s there to focus on his acting, not on everyone’s salaries. “I’m a performer and I know human behavior. When it comes to that sort of stuff I let other people deal with that,” said Renner. “I do what I’m good at, that's what I focus on,” he stated.

Instead of including his full comments, however, the media ran with the quick-quote “That’s not my job” to make Renner look callous. Twitter responded with dozens of tweets bashing the actor for his answer.

What’s strange is that feminists are actually angry that Renner is not willing to be his female co-stars’ “knight in shining armor” who has to “save” them in financial negotiations. Weren’t feminists supposed to be proud stalwarts of independence, who didn’t need men to help them?

Take for example New York Magazine’s feminist website “The Cut,” which tweeted out this snarky comment, along with an accompanying article mocking Renner unceremoniously as the guy who was “best known for calling Scarlett Johannson a slut.” Which, was completely untrue, but more on that later.

The Cut’s Jessica Roy went on to mock:

“Renner said that it’s “not my job” to help with all the little annoyances of Hollywood, such as women's equality. He’s an actor, not an activist.”

If only there were more Hollywood types willing be “an actor, not an activist.”

The actor received a similar treatment from Mic and feminist websites Marie Claire,  Jezebel and Refinery 29.

Jezebel’s Rachel Vorona Cote was particularly harsh. She mocked in her headline, “Superb Human Jeremy Renner Cannot Be Bothered to Fight for Equal Pay,” in her Oct. 21 article.  Cote goes on to call Renner “the frog-faced Avenger with a sixth grade boy’s haircut” who “[d]oesn’t especially give a flying fuck.” Yikes.

This isn’t the first time feminists have whined about something the actor has said. Last April Renner and Avengers co-star Chris Evans joked that one female character in the film, Black Widow, was a “slut” after the interviewer pressed them to explain rumors that the character was dating several different men in the superhero film. Well that was definitely not a good answer to give according to feminists, who went on to falsely claim that Renner had called the actress who plays Black Widow, Scarlett Johansson, a “slut” in real-life.

Ironic how feminists who proudly walk around topless in "slut walks" will recoil in horror if a man uses the "S-word" about an imaginary character in jest, and call it "slut-shaming" or something. It seems that there is no rhyme or reason to what feminists will get upset about next. So, why again would Renner want to jump on the feminist bandwagon?