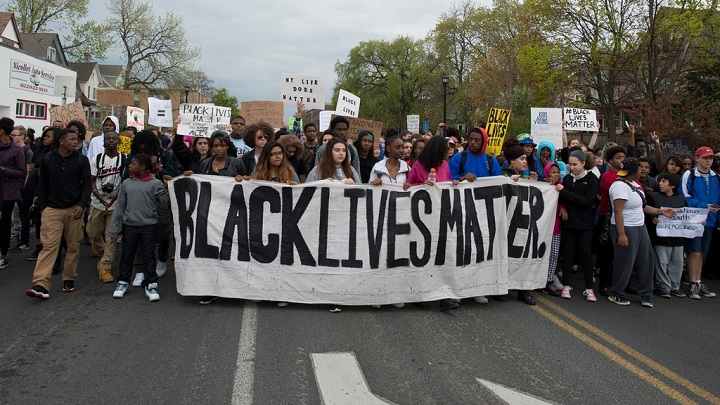 This past Friday, a deputy in Houston, TX was gunned down “execution style” after an unprovoked altercation with 30-year-old Shannon Miles, who is black. ABC, NBC and CBS dutifully reported the tragedy during their Saturday and Sunday broadcast news shows while noting the increase of police officer deaths in 2015. But they left out that death threats against officers are a frequent occurrence at Black Lives Matter rallies, often preceding or following acts of violence against police.

Such was the case on Saturday afternoon when Black Lives Matter activists gathered at Minnesota’s State Fair. As they marched, they deemed cops “pigs” and called for them to “fry” while they were, ironically, protected by police escorts.

This certainly isn't the first time activists have called for violence against cops and had their wish granted. Back in December, two NYPD officers, Wenjian Liu and Rafael Ramos, sat in their cars when they were murdered. The killer posted on Instagram the same eerie chant above, “I’m putting pigs in a blanket,” right before he gunned down the two officers. 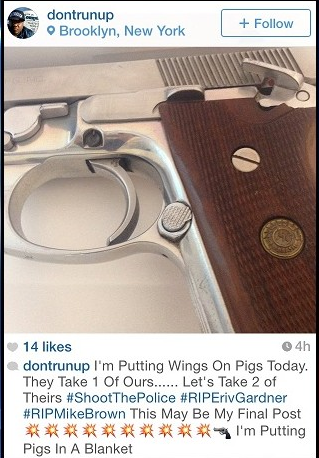 Instead of reporting on the chants of violence at these rallies, the networks instead reported on the less offensive “Hands Up, Don’t Shoot” phrase. Even though this phrase was based on a falsehood, the network news broadcasts continued to include it in reports without comment or correction, an astounding 156 times in less than a year.