No man is perfect. That’s why, as Billy Graham’s faith teaches, Jesus Christ died on the cross. But few men also impact the faith of millions – by preaching Jesus’ sacrificial love for all.

When Billy Graham passed away at 99-years-old, many media figures saw it as an opportunity to attack the influential preacher (and his mourning family), rather than also remembering the good he did. 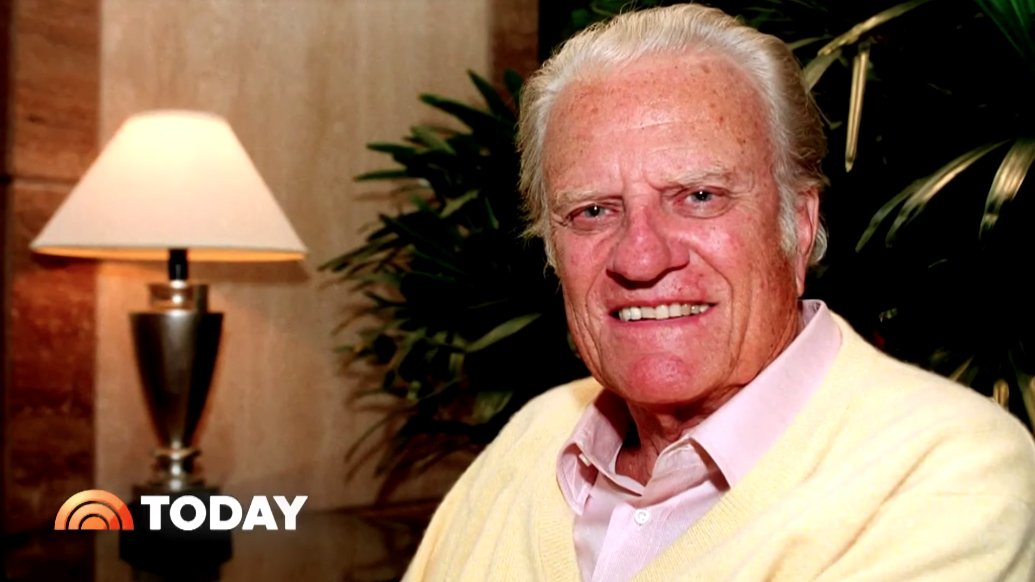 Some of that good included: teaching faith to millions, reaching out to all (from notorious gangsters to countries like North Korea), refusing to preach to segregated audiences, physically removing segregation barriers, bailing Martin Luther King, Jr. out of prison, advising 12 presidents, and apologizing when he made mistakes (including his comments on AIDS and the Jewish community).

Yes, many in the media honored the “renowned” and “influential” man. But many others saw Billy Graham’s death as the perfect timing to bash him.

On Twitter, just hours after Graham passed away, Teen Vogue writer Lauren Duca hoped the “bitch” would “have fun in hell” because he was an “evil piece of shit.” Other media figures joined in, including Bleacher Report’s Ryan McCrystal who hoped Graham “rots in hell” and Salon contributor John Semley who added, “he's reading the scripture in hell baby!”

And when former president Barack Obama praised Graham as a “humble servant” who “gave hope and guidance to generations of Americans,” other Twitter users erupted. One Daily Kos editor reacted by calling Graham a “bigot” while Huffington Post editors reminded Obama, “you don’t have to do this anymore.”

NBC News stories complained about Billy Graham’s “legacy.” He will be remembered for the “evangelical pursuit of politics instead of Jesus,” claimed one Feb. 25 opinion headline.

“His opposition to the civil rights movement’s tactics of transformative disruption, his alignment with the political Religious Right and his failure to preach against the horrors of church-based homophobia and sexism,” wrote Rev. Broderick Greer, “demonstrate the limitations of relegating the gospel of Jesus Christ to little more than eternal fire insurance.”

“For many lesbian, gay, bisexual, transgender and queer people,” wrote NBC Out producer John Paul Brammer, “Graham was a crusader against them, one whose efforts shaped the religious right into an anti-LGBTQ political force.” 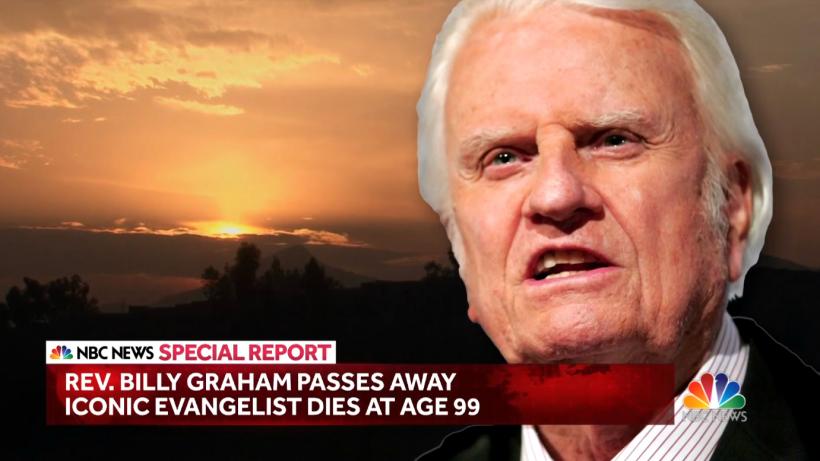 “[T]he gospel of salvation that Graham preached never invited queer Americans to come the altar just as they were,” she wrote. “The pastor also held conservative views about women. And while he opposed racial segregation, he was not as active as other Christian leaders during the 1960s civil rights era.”

In other words, his life translated into “Missed Opportunities,” according to a New York Times Feb. 21 opinion piece.

Among other things, Graham “too often stood aloof from or actively discouraged efforts to revise traditional Protestantism to make it more respectful of the world’s racial and cultural diversity and of the findings of modern science and scholarship,” wrote David A. Hollinger, emeritus professor of history at the University of California, Berkeley.

According to him, Graham “dumbed down his inherited faith instead of helping it to address the challenges of modern times.”

The NY Times wasn't alone. A CNN headline also stressed "Where Billy Graham 'missed the mark.'" In the story, CNN producer John Blake pointed to a "question" about Graham that "some scholars and activists have asked for years": "How can anyone call Graham a great pastor when he refused to take a clear, unequivocal public stand against the greatest moral evil America faced in his day: racial segregation?"

For Patheos, Hemant Mehta went so far as to list why “it’s inappropriate for Republican leaders to honor” Graham by laying his body in the U.S. Capital “so that people can pay their last respects.”

“He also helped inspire the modern Religious Right, left behind a son who’s best known for making life worse for LGBTQ people and women and minorities, disparaged Jews over their ‘stranglehold’ on the media, and was hardly a champion of civil rights in the 1960s even when his support could’ve helped African Americans,” he detailed.

And The Washington Post’s “Acts of Faith” blog went personal by remembering Graham as an “absent father.” But in the end, as one Guardian opinion headline declared, the problem was that Graham stood “on the wrong side of history.”

“When Billy Graham stands before the judgment seat of God, he may finally realize how badly he failed his country, and perhaps his God,” Washington State University history professor Matthew Avery Sutton wrote. “Racial tensions are rising, the earth is warming, and evangelicals are doing little to help. That may be Graham’s most significant, and saddest, legacy.”

According to Sutton, that is. To millions of others? Unlikely.