At his passing on Wednesday, sensible people fondly remember Billy Graham. But to the progressive fanatics at The Guardian, bringing millions to Christ and the comfort of religion counts for nothing. He never cared about climate change or sought big government policies as a solution to America’s problems. 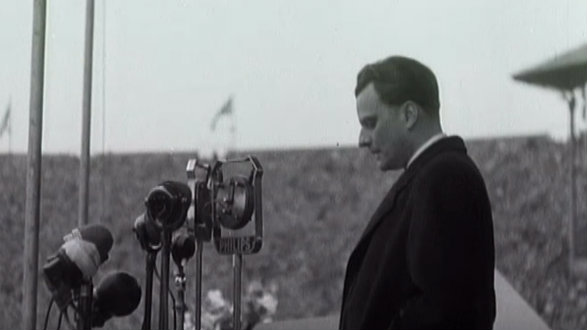 Matthew Avery Sutton states, “When Billy Graham stands before the judgement seat of God, he may finally realize how bad he failed his country, and perhaps his God. On civil rights and the environmental crisis, the most important issues of his lifetime, he championed the wrong policies.”

Hmm, and I thought libs’ preferred bible passage was “Don’t judge, lest ye be judged.”

Arguing that Graham was (liberal trope alert!) on the “wrong side of history,” Sutton writes that it was his anticipation of Christ’s return and his religiousness in general that blinded him to the realities of his time. He derides the evangelist for believing that “Individuals alone can achieve salvation; governments cannot. Conversions change behaviors; not federal policies.” Trying to change hearts and minds was never enough and he should’ve started a movement for more state involvement with issues like civil rights.

In his book, The Jesus Generation, Graham wrote, “These young people don’t put much stock in the slogans of New Deal, the Fair Deal, the New Frontier and the Great Society. They believe that Utopia will arrive only when Jesus returns. Thus these young people are sound biblical ground.”

For liberals, however, them’s heretical words for “apocalypse-obsessed, fundamentalist rabble rousers.” How can you be God-fearing without a massive “welfare state to serve the needy?”

Sutton also disparages Graham’s belief that a more powerful government would soon begin to “take away Christians’ rights and liberties. The New Deal with its intrusive regulations was the first step, Obamacare with its contraception mandates the most recent.”

Why, Graham even removed the phrase “Global Warming” from the 2010 edition of his book!

Because of these beliefs, Graham was unable to lead his followers into a new, progressive era, a promised land purchased with massive government regulations. That was his monumental failure before God and his country.

All in all, Billy Graham, with his “anti-government hostilities,” was a massive thorn in the side of the progressive agenda. Liberals say that, in terms of “progress,” Graham’s fundamentalists are doing “little to help.” Most conservatives would consider that to be a very good thing.