Chance the Rapper to CBS: ‘I Love Jesus, and I'm Cool with Saying That’

While many in the entertainment world mock Christianity, one Grammy award-winning artist is “cool with saying” he loves God.

On Wednesday, CBS co-anchor Gayle King asked one “huge music star” and “philanthropist,” Chance the Rapper, about his music on This Morning.

“They've described your music as hip-hop, soul, R&B, with a little bit of gospel,” she told the 24-year-old artist. “Most people don't put hip-hop and gospel music together, they don't.”

The rapper took the opportunity to talk God.

“I would never say I'm making gospel music,” he said, “but I love God. I love Jesus. And I'm super cool with saying that.”

Besides God, his 2-year-old daughter, Kensli serves as his inspiration.

“My life used to be a whole bunch of little dots on a timeline,” he said. “After I had Kensli, it was like all of that became one dot. And it's like my new life is, you know, so much better and so much more eventful and, like, purposed.”

He added that the title of his hugely successful mixtape, “Coloring book” occurred to him because “I felt like I was relearning a lot of things through her.” The tape reached 57 million streams in just one week. 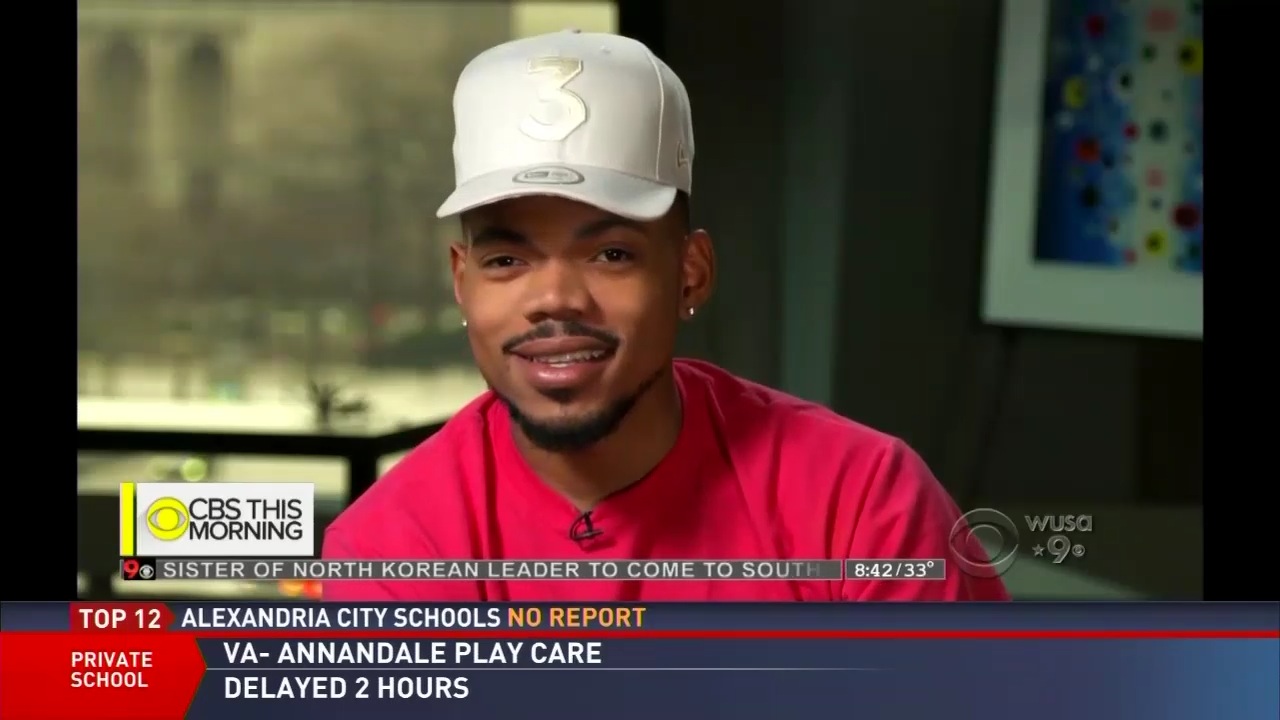 Following her interview with the rapper, King concluded “I just love him” because “he's so young to be so poised and so thoughtful.”

Among other things, her report stressed his "investment in Chicago’s future,” from donating a million dollars to public schools to his organization, SocialWorks, raising an extra $2.2 million. The artist also started an “Open Mike” program to “inspire creativity in young people” by inviting them on stage, she added.

She added that the “3” on the hat he wears “stands for the holy Trinity, the three members of his family, his girlfriend, and his lovely daughter, and he's got three hits on his mixtapes.”