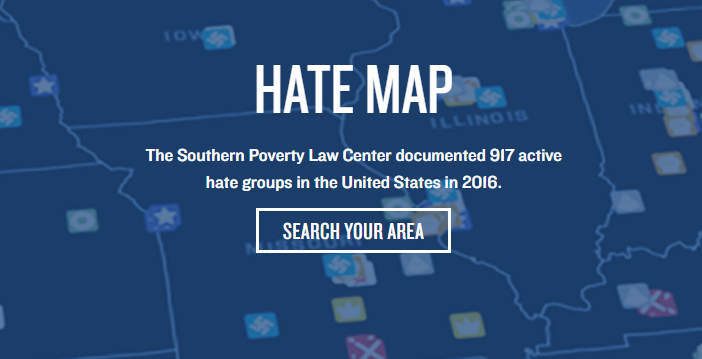 It is matching donations by its employees and using iTunes to encourage users to donate even more to the SPLC, which regularly depicts mainstream conservative organizations as “hate groups.”

“This is not about the left or the right, conservative or liberal. It is about human decency and morality,” Cook’s email claimed. But the SPLC itself is a left-wing organization that attacks conservative organizations as “hate” groups. And those labels have had real, violent consequences.

In August 2012, a shooter entered the Family Research Council (FRC) headquarters to “kill as many people as possible.” The man told investigators he targeted FRC after finding it listed as an anti-gay “hate group” on the SPLC’s “Hate Map.” In 2017, FRC is still listed on SPLC’s website.

SPLC lists other conservative groups as hate groups on its website as well, including Alliance Defending Freedom (ADF), American Family Association (AFA) and ACT for America. These groups are ranked as “hate groups” right alongside organizations like the Ku Klux Klan and Nation of Islam.

The nonprofit tracking organization Guidestar was the center of controversy in June 2017, when it decided to add “hate group” tags to all the profiles of groups listed on the SPLC website. Nearly all of the flagged groups signed a letter demanding the tags be removed because “SPLC’s aggressive political agenda pervades the construction of its ‘hate group’ listings.” Two days later Guidestar removed the tags.

Despite the SPLC’s left-wing bias and history of labeling conservatives “hate” groups, companies and organizations like Apple still support it. According to Foundation Directory, SPLC received more than $10 million in donations between 2013 and 2016 — even after the FRC shooting.

Twenty-one of those groups — mainly community groups and private family foundations — gave more than $50,000 in that time frame. 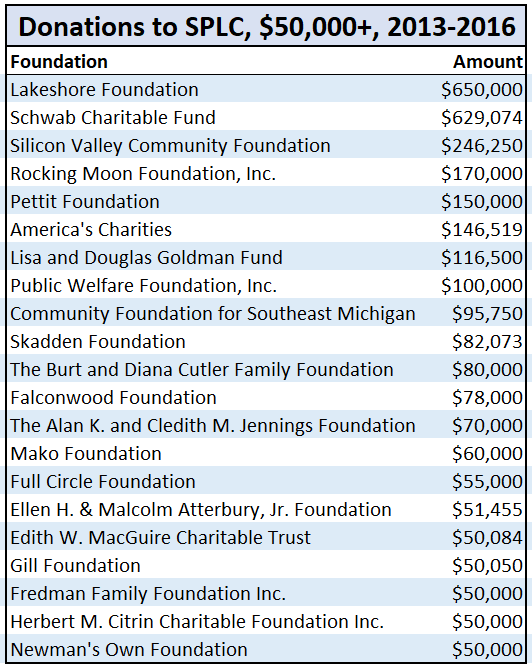 SPLC also partnered with the Soros-funded ProPublica, Buzzfeed and Univision to launch a “Documenting Hate” project in Jan. 2017. The project claims to “build an authoritative data on hate crimes and bias incidents.” However none of the partner groups are conservative.