What do you get when you put an actress who jokes about abortion in the same room as an abortionist who says he’s never killed a baby? Cheers, laughter and attacks on pro-life Christians. Or that’s what happened in Seattle. 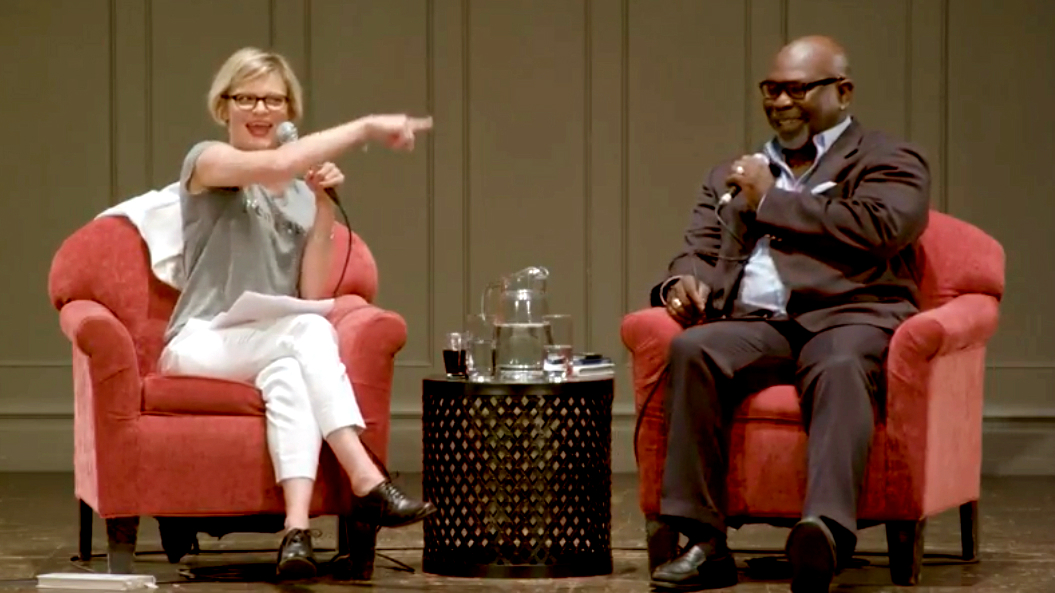 In June, two media-beloved figures spoke at a #ShoutYourAbortion event in Seattle – but surprisingly the event went unnoticed by the media. Actress Martha Plimpton (The Goonies, The Real O’Neals) interviewed Willie Parker, a Mississippi abortionist and former Planned Parenthood medical director, on his Life’s Work memoir released earlier this year.

But Plimpton began with a different focus: her own two abortions.

“Seattle has some particular significance for me for lots of reasons,” she started. “I’ve got a lot of family here, some of whom are here in the audience tonight. I also had my first abortion here at the Seattle Planned Parenthood.”

“Yayyyyy!” she cheered, prompting the audience into applause.

“Heads and tails above the rest,” she continued on her abortion. “If I could Yelp review it, I totally would. And if that doctor’s here tonight, I don’t remember you at all, I was 19. I was 19, but I thank you nonetheless.” Video below.

After showing off her “feminist” shirt, Plimpton turned to Parker, one of her “heroes” and “favorite writers.”

“I want to start with the Hippocratic oath,” she said, or the understanding that doctors promise to “first do no harm.”

According to Parker, refusing to refer a woman to an abortionist violates that oath.

“When physicians say as a matter of conscience that they don’t provide abortions, that’s fine because you shouldn’t do anything you can’t do conscientiously,” he said. “But if you fail to refer that person on, you’re now doing harm.”

Ironically, besides performing abortions, many object to referring abortion based on conscience. But Parker seemed to overlook that (“you shouldn’t do anything you can’t do conscientiously”).

The two continued to discuss how religion and science are at odds and attacked Christians and pro-lifers for what they believe. Or, rather, for what Plimpton and Parker think they believe. 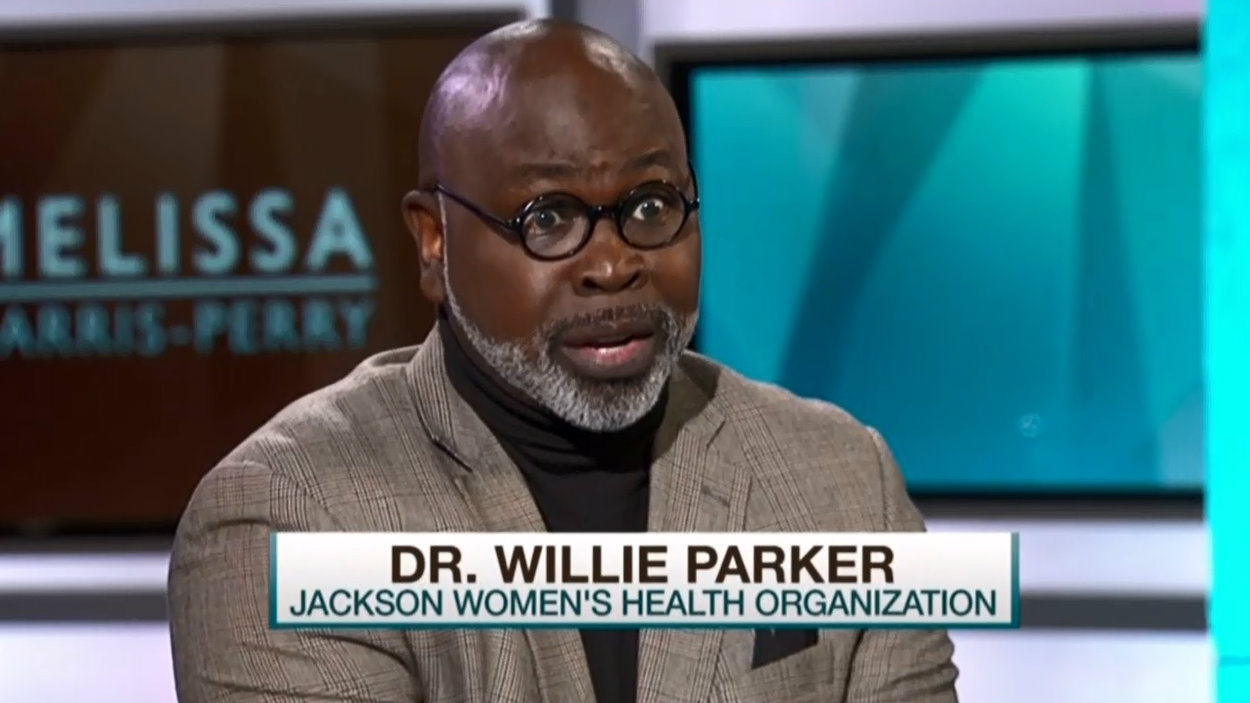 “There’s the notion that women are incapable of handling the complexity of the decision making about whether or not to become a mother,” Parker said. “That a woman who rejects their primacy of motherhood in her life has to be mentally unstable.”

That was really just a justification for the patriarchy, he said.

But the Q&A after their discussion was the real killer. The first audience question asked how to convince pro-lifers (“antis”) that abortion isn’t murder.

“The mind is like a parachute. It only works when it’s open,” Parker said of the pro-life movement. To laughter and applause, he added, “If you really believe that abortion is murder, call 911 and see if the police will come to an abortion clinic.”

To him, abortions wasn’t just necessary. It was good.

“But the reality is, abortions aren’t bad, they are good,” he said, in spite of the pro-life argument that one person always dies in abortion. “They’re health care.”

He wasn’t a fan of the Trump Administration either.

“The validation from the highest office in the land of misogyny, of racism, of vigilante action, of legitimizing gun carriage, has meant that all of these things that facilitate and empower people who are extremists and non-democratic in their dissent,” he said, and blamed the administration for contributing to “increases in attacks on clinics.” 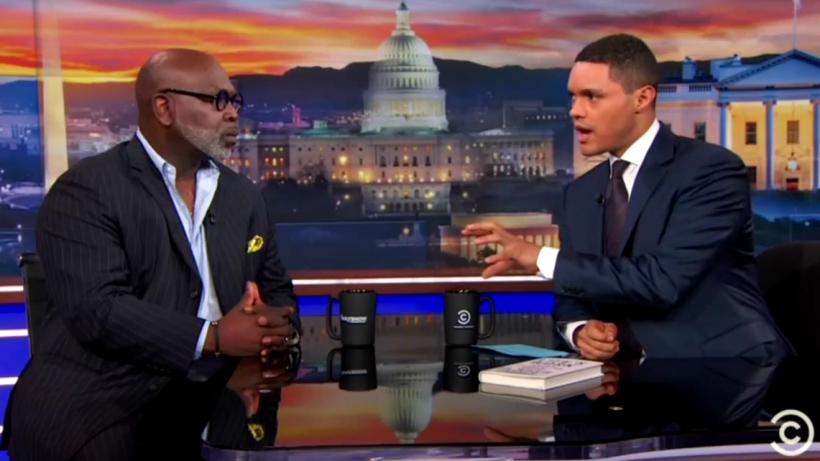 When Parker said Attorney General Jeff Sessions was in charge of enforcing laws to protect clinics, Plimpton responded, “I heard he wants to quit.” They both crossed their fingers in the air.

Their discussions fit the narrative of #ShoutYourAbortion perfectly. The group, founded by Amelia Bonow who jumpstarted the Twitter hashtag, urges women to share their positive abortion stories online (women who regret their abortions – and thousands of them exist – are censored).

Parker has long fascinated the liberal media. In April, he appeared on The Daily Show to stress he’s “pro-life” for the woman. Earlier this year, a New York Times Magazine columnist wrote on the “cool” abortionist who called the unborn baby a “human entity,” not a “person.” In 2015, The Times published his piece, “Why I Provide Abortions,” where he insisted that abortion “respond[s] to our patients’ needs” and so expresses “the deepest level of love that you can have for another person.” He has also surfaced in Cosmopolitan, where he compared a Planned Parenthood executive to “Jesus before crucifixion.” 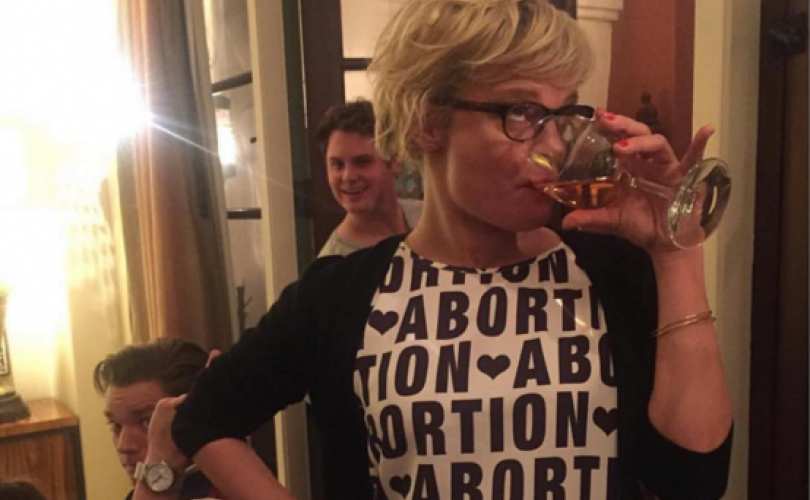 For her part, Plimpton also obsesses over abortion. She serves on the board of A is For, a nonprofit seeking to normalize abortion. In 2016, Plimpton modeled a dress printed with the word “abortion” multiple times, along with little hearts. The year before, ABC’s Nightline featured Plimpton in a segment on the #ShoutYourAbortion campaign.

“Abortion is not some crazy weird last resort,” Plimpton said before revealing her two abortions. “It is a normal part of women’s medical lives.”

In 2014, reacting to the Supreme Court’s decision in the Hobby Lobby case, Plimpton insisted that abortion “reinforces” motherhood.

On Twitter, where she describes herself as “pro-choice/repro justice and proud of it,” Plimpton also vocalizes her abortion support.

Let's be clear. The right to abortion, bodily autonomy, & reproductive care/choice is not negotiable. Women are not cattle. We have rights.

Both contraception & abortion are moral acts when decided by the individual. Religious freedom means all r free 2 make their OWN decisions.

Yes. Women matter more than fetuses. Yes. They do. From @rtraister http://t.co/qVUZlnJdyf