In 2016, the media provided an embarrassing amount of coverage for the March for Life. So this year, as in years past, MRC Culture captured the crowds on camera for the American public to see the pro-life movement for themselves. Video below.

As the largest annual march in Washington, D.C., the March for Life laments abortion and celebrates human life on or around the anniversary of the Supreme Court’s 1973 Roe v. Wade decision. Friday’s 2017 March for Life boasted speakers Vice President Mike Pence and White House counselor Kellyanne Conway. It was the first time a vice president had spoken at the march. The 44th annual march centered on the theme, “The Power of One,” based on the J.R.R. Tolkien quote that “even the smallest person can change the course of history.” 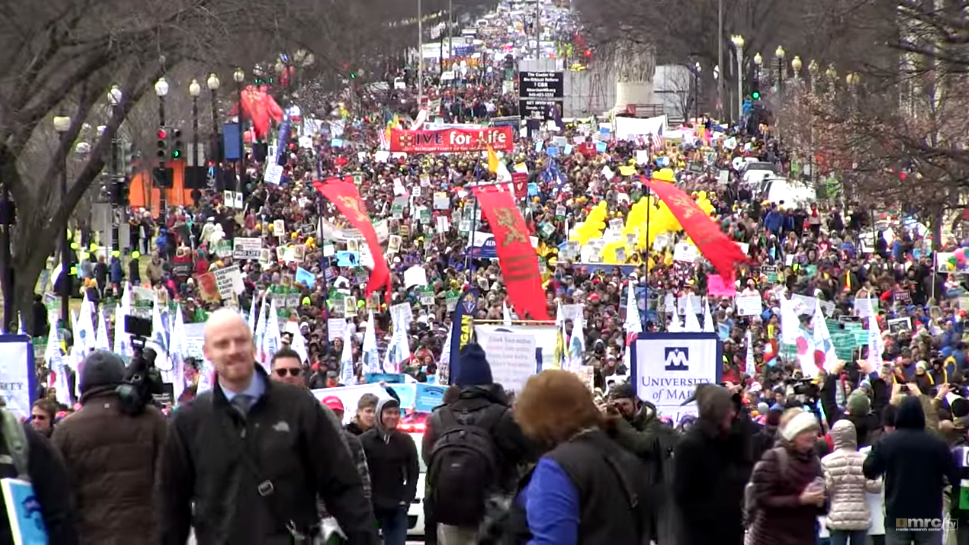 Keeping with tradition, The Washington Post downplayed the number to “thousands.”

But during her remarks Friday, March for Life president Jeanne Mancini dismissed a march headcount in favor of more crucial numbers:

There has been a lot of talk about numbers over the past week. The Women’s March has talked about numbers and Facebook likes, and people keep asking me about our numbers for the March for Life. Well, it is hard to add up how many have come here over the least 44 years, but that really isn’t the point. The only number I care about, and the only number that we all care about is – 58 million. Since 1973, 58 million Americans have died as a result of abortion. We stand here today for them – for the little innocent children who have lost their lives to abortion. We also stand here for the mothers who regret their abortion decision.