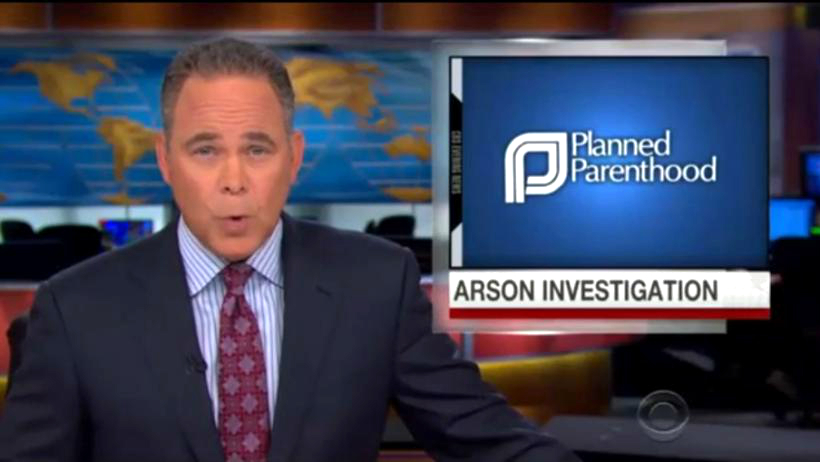 Two similar arsons happened recently, but CBS covered only one of them. The difference? One fire occurred at abortion giant Planned Parenthood, the other targeted a pro-life pregnancy center.

According to local news outlets, the arsonist started two fires: one in the center’s chapel, beneath an Our Lady of Fatima statue, and another in the pews. FBI spokesman Frank Fisher pointed to hate crime as a possible motivation.

As the Project Defending Life client services director, Dominique Davis also speculated intentions. “They might have thought because we’re pro-life we shame women and want to take away rights,” she told the Albuquerque Journal.

While the center currently assists 15 women with housing, job placement and parenting support, no one was hurt.

“That’s what makes me the most sad about it,” Davis added. “No matter where you stand on the issue (of abortion) we’re just trying to help families, and we’ve helped lots of families with housing, getting jobs and getting established.”

Not one of the morning and evening news shows from the three broadcast networks (ABC, CBS, NBC) have reported on the story. But the greatest hypocrisy stems from CBS, a network that repeatedly reported on a Planned Parenthood arson last year.

One of those reports came Sept. 2015, during Evening News, when CBS anchor Jim Axelrod reported on a fire at a Planned Parenthood clinic in Washington.

“A fire at a Planned Parenthood clinic in Washington State has now ruled to be arson,” Axelrod began. “The fire caused heavy damage, but no one was hurt.” (A situation similar to, it should be noted, the pregnancy center arson.)

In his conclusion, Axelrod went so far as to link the arson to the pro-life movement: “Two weeks ago today, some 500 people protested at that clinic demanding it be shut down."

But Axelrod could offer no evidence that the protest – part of more than 350 rallies across the nation organized by a pro-life coalition response to the Center for Medical Progress videos exposing Planned Parenthood’s trafficking of aborted baby parts – inspired the arson.