Whoopi ‘Thrilled’ Pro-life Activists ‘Getting Their Behind Handed to Them’

When it comes to the Texas indictment of pro-life activists, Whoopi Goldberg is interested in only one point: Planned Parenthood is not guilty. But she was shocked when one of her co-hosts defended the unborn.

On Tuesday, The View ladies discussed a new “hot topic”: how a Texas grand jury recently indicted the Center for Medical Progress (CMP), founded by David Daleiden. The investigation began after CMP released undercover videos last summer revealing Planned Parenthood’s harvesting of aborted baby parts. In response to the decision, co-host Whoopi Goldberg expressed delight over CMP “getting their behind handed to them.” 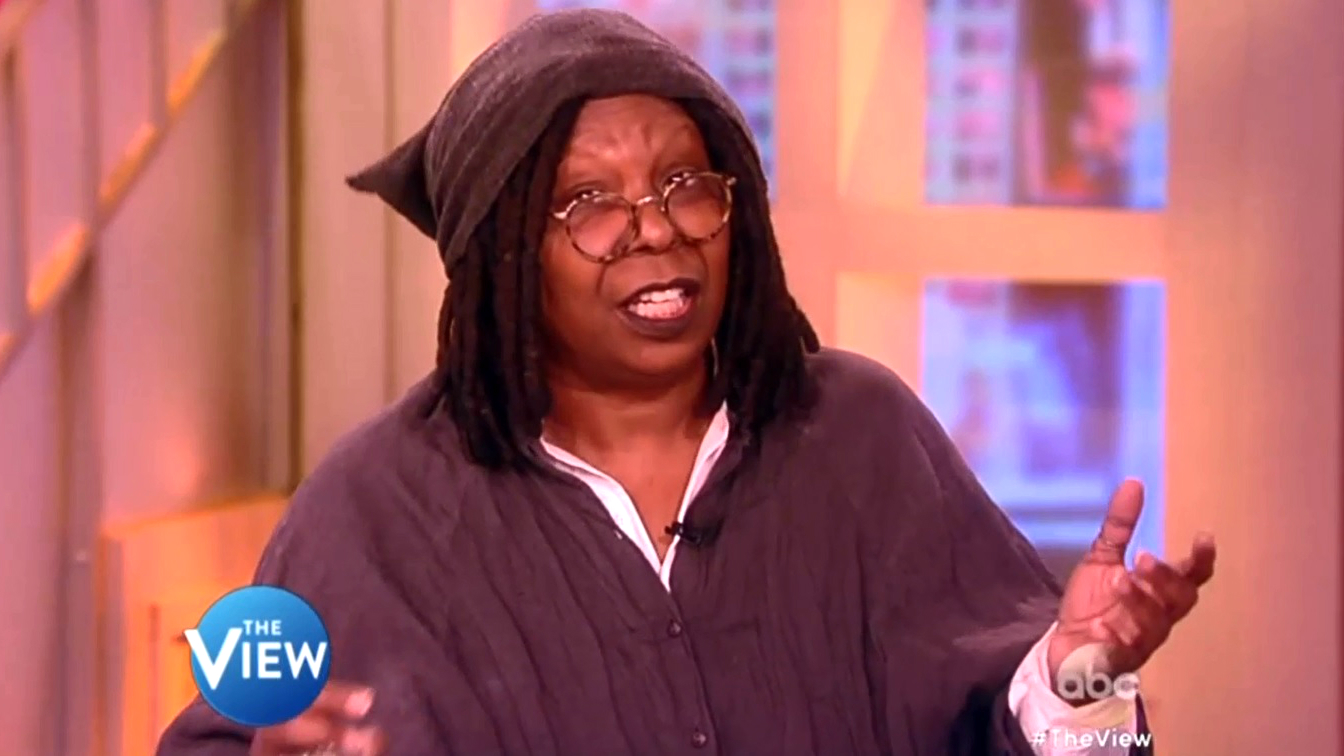 Goldberg introduced the topic to her other co-hosts.

A decision, Goldberg said, she was enthusiastic about.

“What I'm thrilled about is, A, Planned Parenthood wasn't found to be doing anything and it's not just in Texas,” she continued. “11 states have done this.”

One of her co-hosts, Candace Cameron Bure, later pointed out that the indictment didn’t affect the investigation of Planned Parenthood by the state of Texas.

“When you said that Planned Parenthood is completely cleared,” she clarified, “the Texas governor, Greg Abbott, said, ‘Nothing about today’s announcement in Harris County impacts the state’s ongoing investigation.’”

That made no difference to Goldberg.

“Yes, but, I’m sorry, the Supreme Court of Texas cleared ‘em,” Goldberg responded. “All I'm saying is I'm glad that they're not guilty of that, and I'm glad that these guys who went in and planned this for three years are getting their behind handed to them.”

She justified, “Because if you can't get ‘em on what they're actually doing, then it's not right.”

At another point in the segment, Bure again defended the videos.

“There are still videos, they were submitted as evidence, completely unedited, and David Daleiden said that they were ‘far more transparent than any other major news network in making the unedited conversations available to the public and forensic analysis verifies’ them…”

Goldberg interrupted again to say of Planned Parenthood, “Sorry, they were exonerated.”

“My view is it seems completely backward,” Cameron Bure stressed. “I think these were people that were exposing something horrific that goes on, and to see them indicted is horrifying to me and I say, you know – it – woe to them [inaudible] who call evil good and good evil.”

Goldberg took offense to that statement.

“Wow, that is kind of a bad thing to say, you know what? I’m just – well because some people have to get their abortions, they have to,” she said. “And it's not okay for you to say that they're evil. You can't make that call for anybody, sorry.”

She added, “I have complete compassion and understanding, and, of knowing people and having relationships in my life with the abortions.”

In a groundbreaking move (for a co-host on The View, that is) Cameron Bure slammed abortion for the sake of the unborn.

“Listen, I'm an advocate for the unheard voice. These are unborn voices,” she urged. “They cannot defend themselves, and I will always defend them.”

And with that, Goldberg backed down.

An amazing acknowledgement, considering that, in the past, The View has called Ben Carson “pathetic” for his comments on abortion, slammed Kelsey Grammar for wearing a pro-life T-Shirt and declared that there’s “nothing in” the Bible “about abortion.”