ABC Drama: ICE Does Their Job 'Like Nazis Did Their Job' 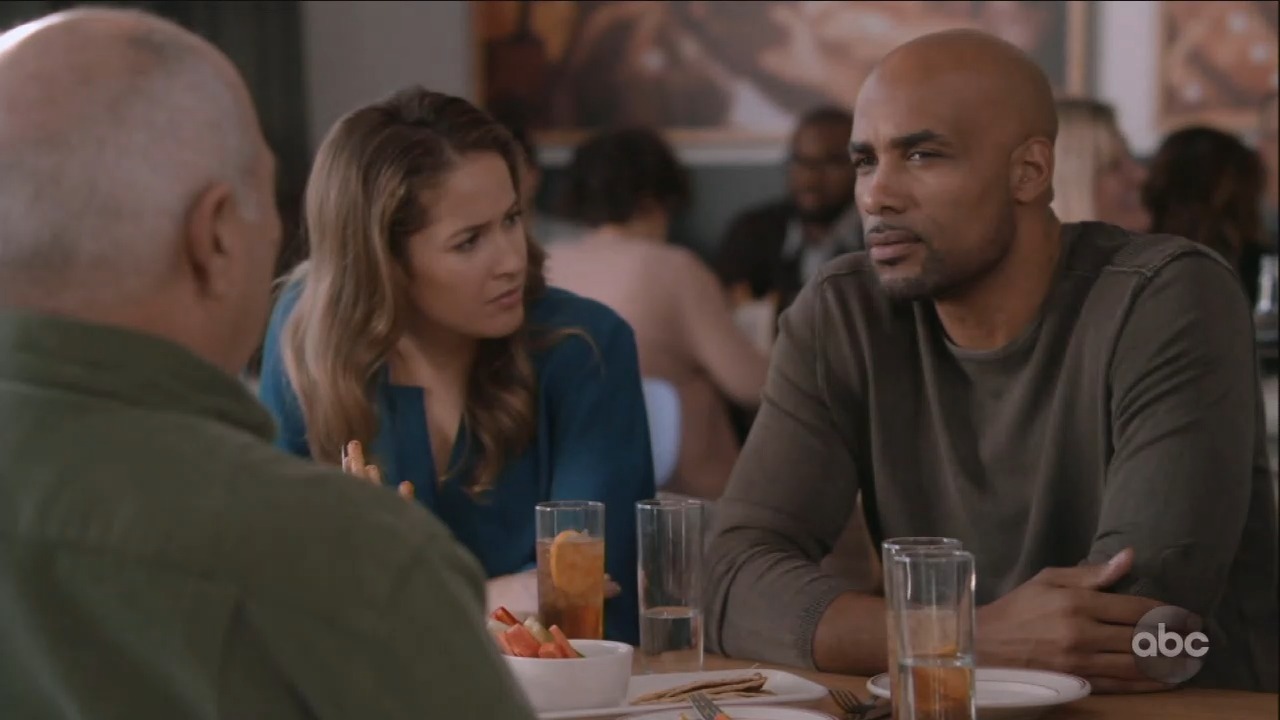 Stop me if you have heard this comparison before – ICE agents doing their job arresting and detaining illegal aliens are just like the Nazis during World War II. That is the tired narrative that developed in ABC’s Station 19 on April 2.

In the episode titled “No Days Off”, the chef of a restaurant becomes angry when a line cook burns a steak during the lunch rush. He retaliates against the worker by placing a call to ICE. As the steak burns, Seattle Fire Department Battalion Chief Robert Sullivan (Boris Kodjoe) sees the kitchen fire and stops in to check on it. He is in the restaurant for lunch with former Captain Pruitt Herrera (Miguel Sandoval) and Herrera’s daughter Andy (Jaina Lee Ortiz).

As the drama plays out, Sullivan realizes that ICE has been called and he threatens the chef. He tells him to call back and cancel the visit from ICE or he will make sure that the chef is arrested for hiring illegal aliens as workers. After returning to the table, he tells Pruitt and Andy what is happening in the kitchen. While Sullivan paints ICE in the worst possible way – that the agency acts like Nazis – Pruitt pushes back. Pruitt stands up for ICE and legal, not illegal immigration. That is when Sullivan drops the mic. He knows about Nazis, you see, because his German grandfather, Opa, was a real Nazi during the war.

Sullivan: The chef was berating the line cook and threatened to call ice, ignoring the steak on the grill.

Andy: The word is "Undocumented," Dad.

Pruitt: I know what the word is, Andrea, but there are ways to become a citizen. There are laws for a reason.

Sullivan: Are you serious? Ice didn't even exist until 2003.

Pruitt: I don't need a lecture on ICE from you, son. I've had friends, legal friends, detained, deported –

Sullivan: And you think that's okay?

Pruitt: I think sometimes maybe they go too far, but they are government employees, like firefighters, and for the most part, they're doing their jobs.

Pruitt: You're gonna let him get away with that? Ryan was a cop.

Pruitt: Either way, "Nazis" is a false equivalence, and it minimizes the atrocities of World War II.

Sullivan: Well, yes, it's a false equivalent. You're right, sir, but there are similarities. And I have strong feelings about all this because my grandfather was one.

Andy: Was one what? Was undocumented?

Sullivan: Was a Nazi.

Sullivan draws Pruitt and Andy into this heart-wrenching story of a boy and his grandfather, the Nazi, and then goes on to compare the detention centers in America with Nazi concentration camps.

Sullivan: And here I am looking at pictures of people who've been starved to death in camps, piled them in mass graves. I mean, I was 12 years old. I knew history. I knew about all the evil things that happened in this country to the people that look like me. But now there was someone in my family, someone I loved, who did those kind of things? And he tried to explain to me. He said, uh "Sometimes a nation in crisis needs the patriot who does the unspeakable."


Sullivan: No, he was right. That day, I started to hate him. Six more years I lived in that house. I never spoke to him again. See, the Gestapo, the Geheime Staatspolizei, the secret state police, were legitimate law enforcement for Nazis. They were government employees, storming into homes, into schools, into restaurants, ripping parents from their children, ripping husbands from their wives and then shipping them off to detention centers. People think what happened in Germany could never happen here. There have been multiple reports of sexual abuse on women and children by guards in our detention centers right here. And we just scroll through those reports and shake our heads and do nothing. If we do nothing when we see our fellow human beings, our neighbors, being abused, detained... What happens next?

When ICE agents arrive, Sullivan and Andy spring into action. They go into the kitchen and Sullivan takes over the scene under the pretense that he has the higher authority since there was a fire. Andy convinces Beto, the line cook, to say he has a burn from the accident. Then she tells the illegal workers to flee, and they do.

Beto is transported away in an ambulance for treatment of his “burn”. During the ride to Grey-Sloan Medical Hospital, he tells Dr. Ben Warren (Jason George) and Dr. Jackson Avery (Jesse Williams) that he has broken no laws. They don’t bother to remind him that entering the United States without proper documentation is a crime. He continues on and tells them how tired he is and how hard he works to support his family. The doctors tell him they are not judging him and don’t care about his illegal status. They decide to help him escape when the ambulance arrives at the hospital by having the driver pull around to the side of the building. And, just like that, Beto is free to go.

This is how network dramas handle the prosecution of illegal aliens. The virtue signaling is strong and anyone sticking up for law enforcement agencies is shamed. The comparison of Nazi concentration camps and American detention centers was beyond the pale.