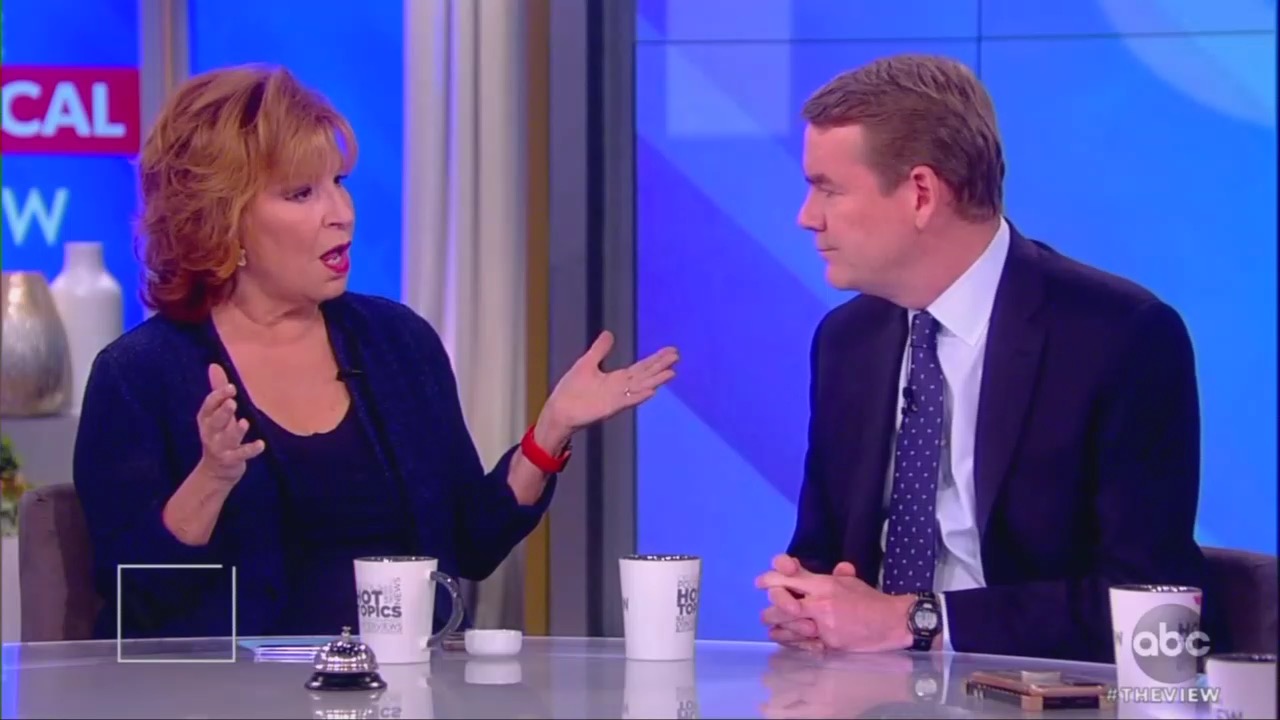 On The View Thursday, co-host Joy Behar lamented to her Democrat guest that Trump’s ICE raids were just like the Holocaust. To 2020 Democratic candidate, Senator Michael Bennet (D-CO) Behar demanded to know what Democrats were going to do about these raids, which were “reminiscent of Nazi Germany.”

After a speedround of policy questions from co-host Sunny Hostin entirely from the far-left, Behar jumped in to complain Trump was turning America into Nazi Germany:

So here's another outrage for you. There are reports today that Trump intends to move forward with his immigration raids, targeting migrant families this weekend. I thought it was supposed to be gangs coming from these places, not families with children. He's going to be, you know, raid these people's houses and what have you. It's really reminiscent of Nazi Germany, just saying. I know you're not supposed to make that connection, but I have been around long enough, and I have read enough to know this is very similar to what happened to the Jews. Go in and take them out of their houses. What are the Democrats going to do?

Bennet told Behar his mother and her parents were Polish Jews who were separated during the Holocaust, but he “wasn’t equating the Holocaust to this” before going on to argue that had the House of Representatives taken up the infamous “Gang of Eight” bill which he co-drafted back in 2013. Bennet concluded by calling President Trump a “weak leader” acting like we live in a “weak country” that can’t provide for refugees.

This Nazi Germany comparison came after Behar had called President Trump a “fascist” under her breath in a segment on Democrat in-fighting.