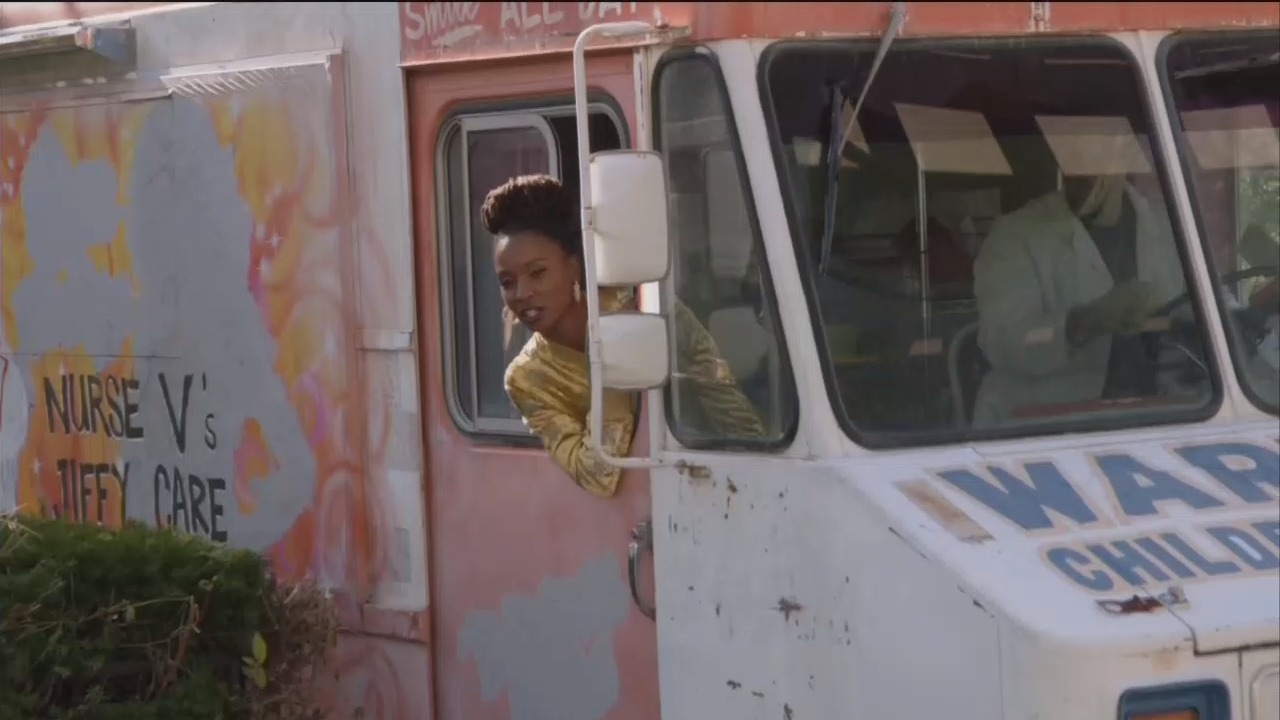 In Showtime’s Shameless, seedy storylines are not unusual. In fact, it’s the norm. In the episode airing January 5, titled "O Captain, My Captain", as part of a side hustle, bar owners Kevin Ball and Veronica Fisher decide to make medical abortions available to teenagers.

Kevin (Steve Howey) and Veronica "V" (Shanola Hampton) open a mobile health care van to service local residents in need. It was to be a simple operation to make extra money. Veronica has a little medical experience as a doctor’s assistant.

The episode was silly enough with the idea of a mobile health care van delivering basic services like gluing up cuts and using popsicle sticks for finger splints. Then a fifteen-year-old girl from Missouri just happened to stop by with her mother because she is pregnant and looking to get an abortion. Her mother says that abortion is not available to her daughter in their home state because of abortion laws there – no abortions after 8 weeks. Their friend, Dr. Brenda, advises them that she can prescribe medicine to Veronica to give to the girl. Kevin is hesitant about the whole thing but eventually goes along.

Kevin: This does not fall under the scope of Miss V’s Jiffy Care.

V: She’s a 15-year-old Missouri girl who's ten weeks pregnant, and some old white assholes decided she can't terminate her pregnancy in her state after eight weeks. What's she supposed to do, risk her life in some back-alley abortion?

Kevin: We'll take her to the clinic. How much are one of those, Dr. Brenda?

Kevin: That's not that much.

V: They're on the snap program. They can barely afford to eat.

Kevin: What about one of those free clinics?

Kevin: Great, let's point 'em to Rite Aid and send them on their way.

V: Uh, how much does that cost?

Brenda: About the same. But I could always write the prescription in Veronica's name. I mean, with insurance, it's only a $20 copay. You have insurance?

Kevin: So great, on top of all this, we're running an insurance scam now?

V: She's 15. Having a baby this young could ruin her life. We started V's Jiffy Care to do some good. At least it's the lesser of two evils. We both have to agree if we're gonna do this. But remember before you answer if you say no, you’re just another man standing in the way of a woman’s future.

Ah, yes. It’s men keeping women down instead of embracing killing unborn babies for convenience. Sadly, other girls show up after they hear about the pills. In order to get more prescriptions, Dr. Brenda “accidentally” leaves behind her prescription pad for Veronica to use.

Then, in a truly unrealistic move, Veronica recruits elderly women to get pills from a doctor for the other girls. The sight of old women standing in line for abortion pills, using excuses like rape and incest, was really disgusting.

Veronica: Gracie explained to y'all what's going on?

Woman: Let's do this.

Veronica: All right, ladies. Saddle up. We're going on a field trip.

Pharmacist: Mifepristone. you need an abortion?

Woman: I told Murray the pullout method was an ineffective form of birth control, but he's a little hard of hearing nowadays. Here's my co-pay.

Pharmacist: I'm afraid you're gonna have to pay full price. Medicare only covers abortion in cases of rape, incest, or when the mother's life is in danger.

Woman: I'm 80 years old. Having a baby'll probably kill me.

Woman #2: Might as well grab some for me while you're back there, young man. I was raped.

The episode ends with even more girls coming for abortion pills. Ugh. Sexual abuse and incest are not something to lie about for any reason. This show is scrapping the bottom with this story plot.