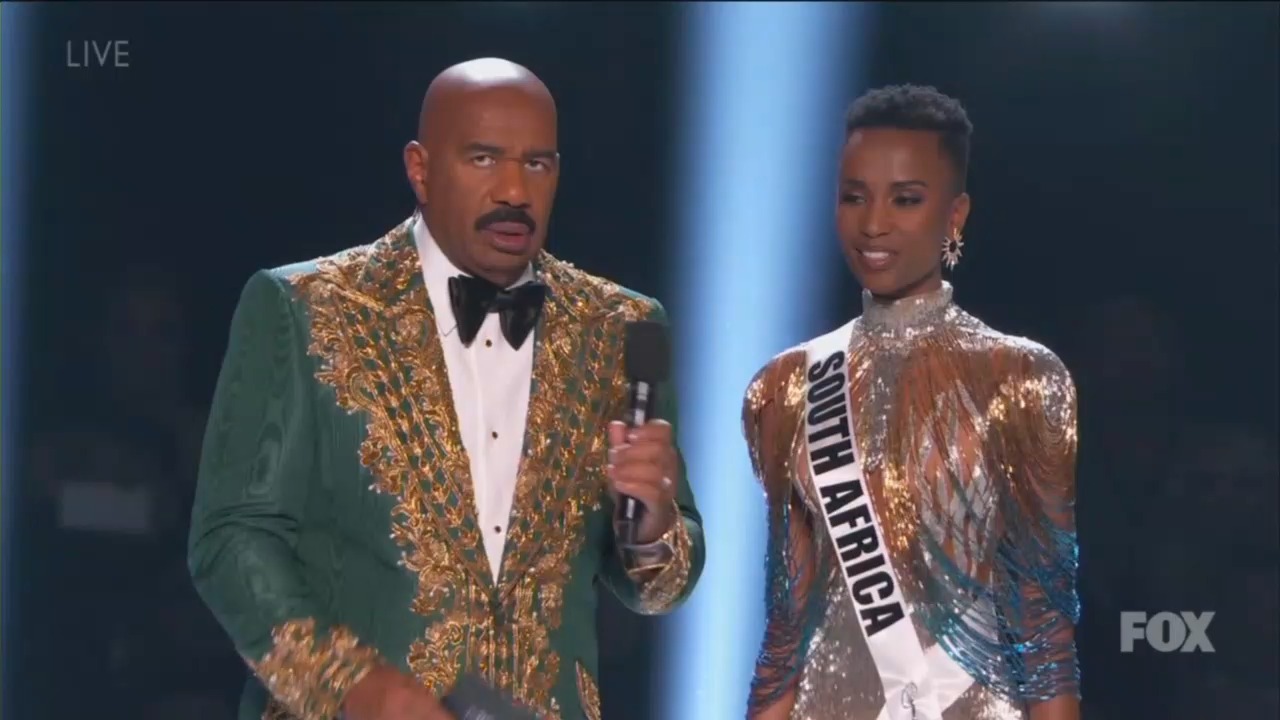 Sometimes the host of a beauty pageant can provide as much entertainment as the contestants. Even a perfectly timed eye roll can leave a mark.

The 2019 Miss Universe pageant aired December 8 on Fox with Steve Harvey serving as the host. Ninety women from around the world participated. Unlike some other recent beauty pageants, though, this one was striking due to the lack of controversial remarks made by the women. Two questions and answers did raise an eyebrow, though during the segment with the final five contestants.

Eventual pageant winner Miss South Africa, Zozibini Tunzi, was asked by Harvey about her opinion on if world leaders are doing enough to protect future generations from climate change. As soon as he finished the question, he noticeably rolled his eyes. Then Miss South Africa delivered an answer using a standard talking point by the climate alarmists – the planet is dying.

Steve Harvey: Are leaders of today doing enough to protect future generations for climate change? If not, what else should they be doing?

Miss South Africa: I think the future leaders could do a little bit more. But, however, I feel we as individuals ourselves can also play a part in making the climate the way it should be in the future. I mean, we have children protesting for climate and I feel like as adults we should join as well, we should have corporation join as well, and the government should take it seriously. I mean from sixth grade I've been learning learning that the climate is deteriorating and the planet is dying and up to us to keep our planet safe. Thank you.

Liberal propaganda about climate change apparently starts in elementary school in South Africa, just like it does in America.

The second example was a question to Miss Colombia. Harvey asked her about the problems women worldwide are having due to a lack of access to reproductive health care. When a liberal uses the term “reproductive health care," they usually mean the availability of abortions. Miss Colombia didn’t come right out and use the word abortion but it sounds like it was implied. It was a bit confusing, though, because she doesn’t speak English and a translator delivered her answer.

Steve Harvey: Millions of women worldwide lack access to reproductive health care. What do you believe is the most important issue in women's health and why?

Miss Colombia: I think the most important thing is women are able to choose about their own body. We have to have the option to have quality care. So any decision we make about our body, about our health, about our reproduction, will ever put us at risk, especially our lives.

Most of the three-hour pageant was generic beauty pageant verbiage. The women tried to deliver inspiring remarks and do it in a humble way. It was surprising to me that I only had to raise an eyebrow a couple of times over some liberal-tinged answers.