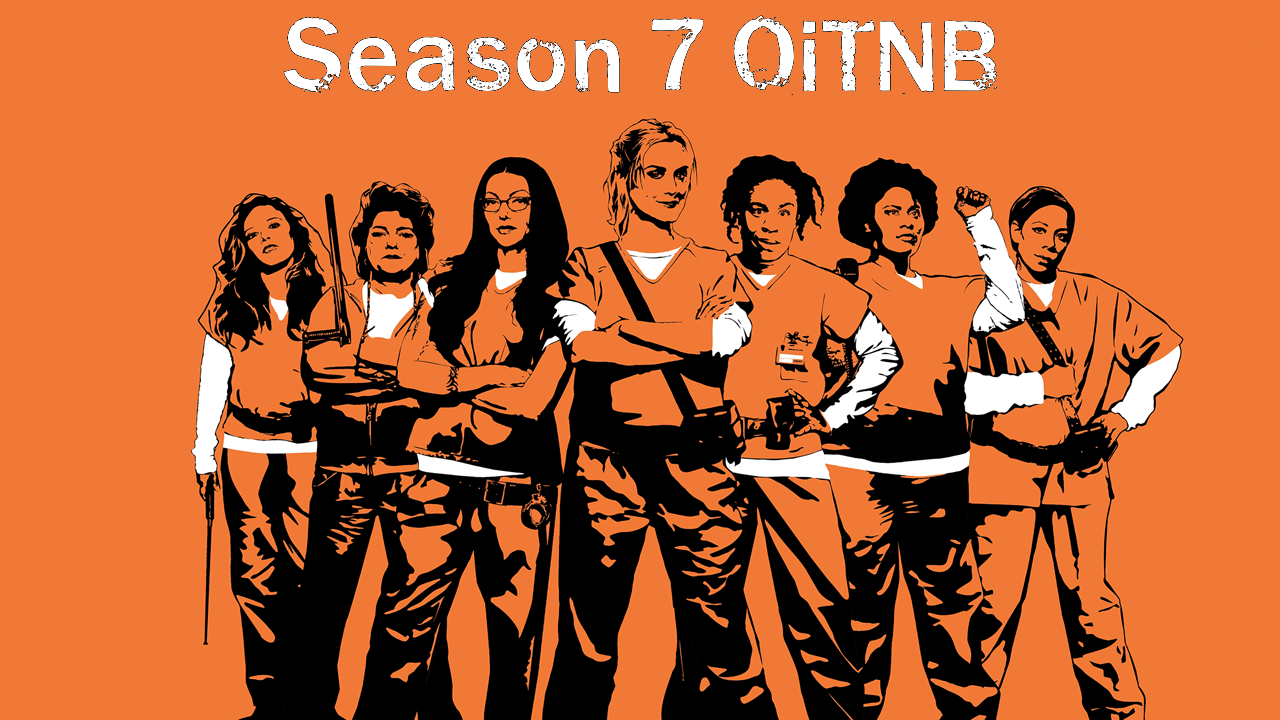 The seventh and final season of Netflix’s Orange Is the New Black began airing on July 26 with thirteen hour-long episodes. The intention is to fill in the stories of the inmates of Litchfield Maximum Prison in New York and explain what happens to them as the series ends. In an odd twist, the stories of two former prisoners are used as indictments of America’s current immigration laws.

Using the stories of Blanca Flores (Laura Gomez) and Maritza Ramos (Diane Guerrero), the viewer is taken on a ride meant to tug at the heartstrings over women who did not follow the law and are now facing deportation. An ICE detention center, owned by a private company called Poly Con, is adjacent to the prison (under the same ownership) so the characters intermix as the series progresses.

In Episode 2, titled “Just Desserts,” Maritza is picked up in an ICE raid at a nightclub. By Episode 4, titled “How to Do Life,” Maritza finds out that her mother didn’t tell her the truth. She wasn’t born in the United States but in Colombia. She is not a legal resident. Maritza is deported by Episode 5, titled “Minority Deport.”

In Episode 5, Blanca’s story begins to ramp up. Blanca, from the Dominican Republic, had a green card but she let it expire. That is a deportable offense. She’s been in America for twelve years. Blanca is taken for a hearing before the judge and overhears another detainee, Karla Cordova (Karina Arroyave), a citizen of El Salvador, request her legal rights. Blanca copies what Karla did and also gets an extension.

Blanca continues working on her legal case and Karla helps her with the legal research. Karla’s kids are in foster care and deemed eligible for adoption since Karla’s husband, their father, is dead and Karla is going to be deported. Her case is denied by Episode 11, titled “God Bless America,” and she is deported back to El Salvador while her children are left in foster care. At the end of the final episode, titled “Here’s Where We Get Off,” Karla is seen trudging through the desert with a coyote and other Central Americans trying to get to back in the U.S.

Blanca was found guilty of organizing the prison riot from a past season on the show. Her green card was revoked with her criminal conviction since it changed her immigration status. She does eventually get an attorney. She is able to get her green card back and walks out of court as a free woman.

Throughout the season’s episodes, ICE and prison guards are heavily portrayed as the bad guys. For instance, ICE officers are blamed for keeping Freedom for Immigrants, a non-profit that provides immigration lawyers to detainees, out of the center. When Blanca's boyfriend comes to visit her, a guard asks for his papers and since he doesn’t have them with him, he’s taken away and moved to a facility in Georgia. Another detainee is shown suffering after being raped and denied an abortion by ICE.

The Daily Beast calls the final season "A Middle Finger to Trump and ICE," and The A.V. Club said it was "a full-throated condemnation of ICE." It is odd that this series ended by dragging President Trump and his administration’s enforcement of immigration law into the mix. Trump's name was never mentioned but somehow immigration stories weren’t a part of the script when President Obama was in office despite him being called the Deporter-in-Chief.