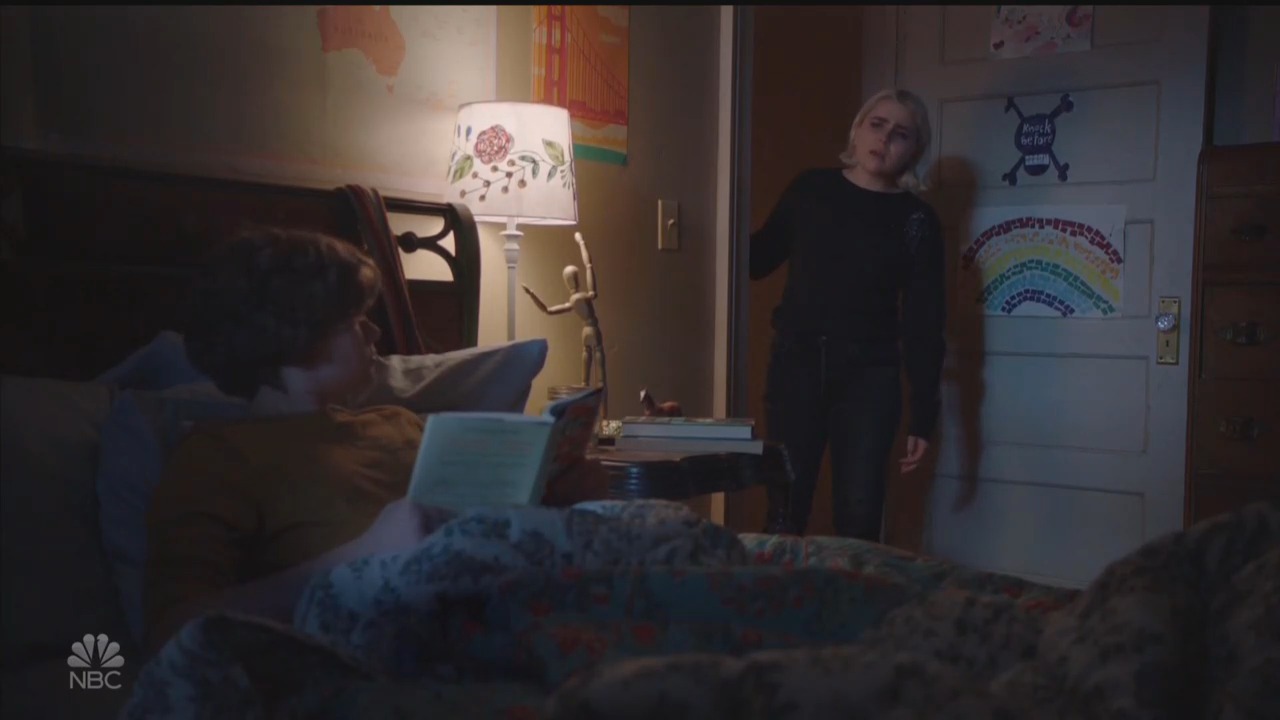 When Hollywood desperately tries to normalize non-binary gender fluidity to television audiences, usually the character is an adult. In the April 21 episode of NBC’s Good Girls, the non-binary character is a tween.

In the episode titled “Thelma and Louise,” Annie Marks’ (Mae Whitman) daughter Sadie, (Isaiah Stannard), is at her dad’s house (Annie's ex-husband isn’t home) when her stepmom goes into labor so Sadie calls Annie to come over to help. After Annie arrives, Sadie says she wants to go home because she’s doesn’t want to be a part of the action.

Annie gets into the water bath with the new wife to help show support and encouragement. The home birth goes well and a baby boy is born. When Annie arrives back home she is surprised to find Sadie still awake. She goes in to tell her that the baby is a boy. That’s when Sadie, previously non-binary/gender fluid, tells Annie that she, too, is a boy. The crazy thing is that Annie doesn’t even bat an eye over this announcement.

Annie: Hey, you're up late.
Sadie: Whoa.
Annie: Yeah, you made the right call.
Sadie: What'd she go with?
Annie: Dakota.
Sadie: Better than Mackinaw.
Annie: Ew, that was a contender?
Sadie: It's where they boned.
Annie: Jesus. Okay, I'm gonna go shower, and then shower again. Yay, it's a boy.
Sadie: Mom. So am I.
Annie: Did you tell your dad?
Sadie: You're first.
Annie: You okay?
Sadie: Are you?
Annie: I have always wanted a boy.
Sadie: You smell super bad.
Annie: Meet your new baby brother. Come here.
Sadie: Oh, my God. Ew.
Annie: Come on. Get in there.

Annie could not be more nonchalant in that scene. Her first question is to ask if Sadie has told her father. Then she says she’s always wanted a boy. Good heavens. This is next level woke, that’s for sure.

The trend of “non-binary” and trans characters is here and now it’s seeping down into the younger generations. In this case the actor, Isaiah Stannard, is non-binary. When Isaiah was hired, she identified as female but by the time filming began, "he" made it clear he identifies as male. I know. It’s hard to keep up. The relationship between Sadie and Annie seems to be the focus. We’ll see where it goes from here.