‘Riverdale’ Gay Teen Against Outing Other Gays 'Unless They're Conservative Politicians' 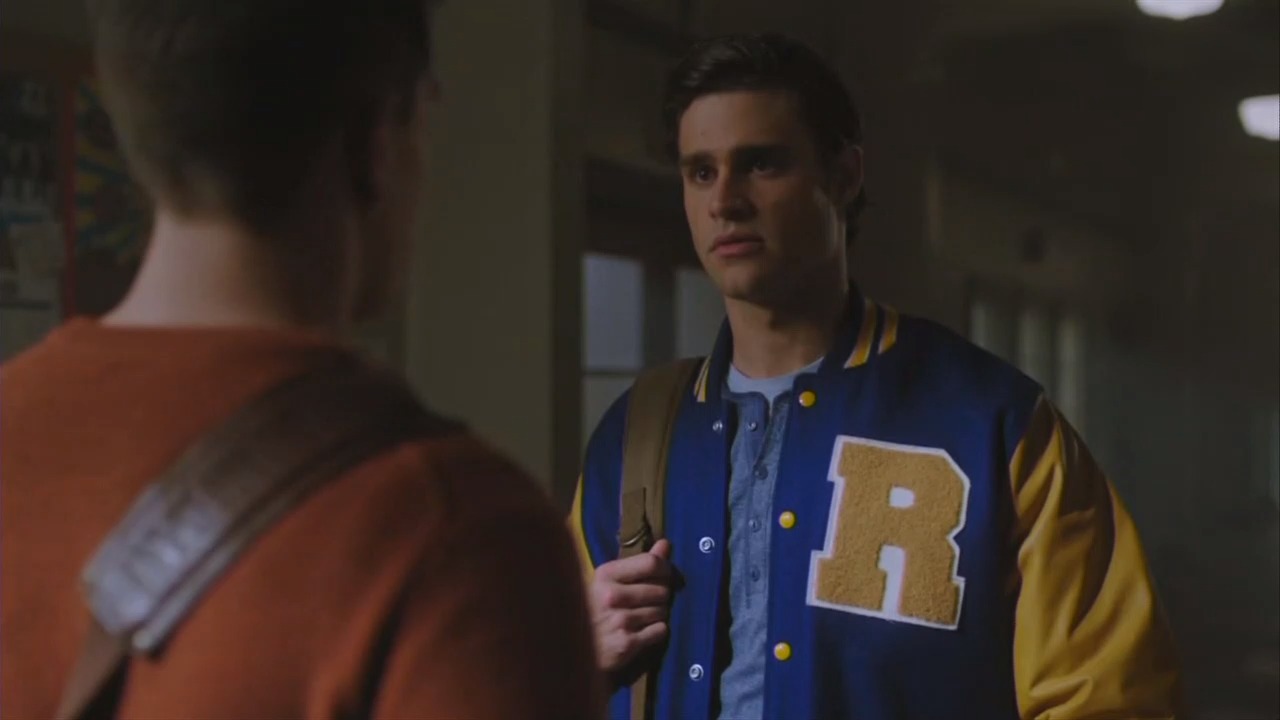 The random plot twist of gay conversion therapy from a previous episode of The CW’s Riverdale is brought back in the February 6 episode titled “Chapter Forty-Seven: Bizarrodale,” and this time the Catholic nuns at Sisters of Quiet Mercy are said to have "twisted the soul" of an intolerant father back when he was a teenager. Also, along the way, we hear that outing gay people is bad unless it is a conservative politician.

Sheriff Tom Keller is set to wed Mayor Sierra McCoy. Keller’s gay son, Kevin (Casey Cott) asks Moose Mason (Cody Kearsley) to be his date to the wedding, but Moose hesitates because he is afraid to come out to his father, Riverdale High’s ROTC instructor Major Marcus Mason (Simon C. Hussey). In order to push Moose out of the closet, Cheryl Blossom (Madelaine Petsch), Riverdale’s first openly lesbian student president, makes a not so veiled reference to the gay teens during one morning’s school-wide announcements.

Naturally, Moose is upset and asks Kevin if he put Cheryl up to outing him. Kevin denies it and says that outing people is wrong unless it is a conservative politician. Ah, yes. The usual liberal double standard. Any bad behavior is acceptable if it is aimed at a conservative.

Moose: Did you put Cheryl up to that?

Kevin: What, her not-so-blind item? Of course not. I'm opposed to publicly outing people unless they're conservative politicians. Have people guessed it's you?

Kevin: Moose, putting aside what Cheryl did, we've been together for a while now, and I can't keep playing Brokeback Riverdale with someone who's in the closet. Either you come out to your dad or, I'm sorry, but we're breaking up. Either way, I'll respect your decision.

Moose decides to tell his father. In turn, Marcus tries to scare Moose and Kevin straight by sending in ROTC cadets dressed as the Gargoyle King (a monster figure originating from a Dungeons and Dragons type of game that has haunted the town, leaving a large body count) and his gang to attack the teens.

Marcus Mason comes clean with Riverdale’s Sheriff Jones. It is finally revealed that Marcus is jealous that Tom Keller is getting married to a woman. During their high school days, they were best friends but after Marcus tried to kiss Keller one day, Marcus’s parents sent him off to the convent with the nuns for conversion therapy.

Jones: Are you the Gargoyle King?

Marcus: There was no poison in those chalices. I was just... scaring them.

Jones: Right. Scaring them straight? You set out to abduct and terrorize your own kid. How'd you talk your cadets into helping?

Marcus: I made it a quest. The Gargoyle King told them their brothers needed help. When you are weak, I am weak. The RROTC was the same way when Tom Keller and I were in high school. Back then, us cadets did everything together, and no one was closer than me and my best friend, Tommy Keller. Until I tried to kiss him.

Marcus: When my parents found out about my inclinations, they sent me to the Sisters, to get help for my... weakness of character. That's where I first met the King, and where I started playing Gryphons and Gargoyles, which I later learned Tommy played too with his Midnight Club. The Sisters cured me of impure thoughts. I became strong, as I have been all these years. But then, I heard Tom and Sierra were getting married just as my own son Moose told me he was seeing Tom's boy, who looks just like Tommy did. When I...

Jones: You wanted... to destroy what you couldn't have. The Sisters scared you with the Gargoyle King, so you thought you'd do the same... to Moose and Kevin. Man, the Sisters did a number on you.

So, in order to randomly insert an anti-Catholic and anti-conservative thread in this episode, Riverdale brings in the "homophobic dad is really repressed homosexual" trope made infamous in the 1999 Academy Award Winning film American Beauty. And, the upcoming generation is ok with treating conservative gays differently than liberals. Great.