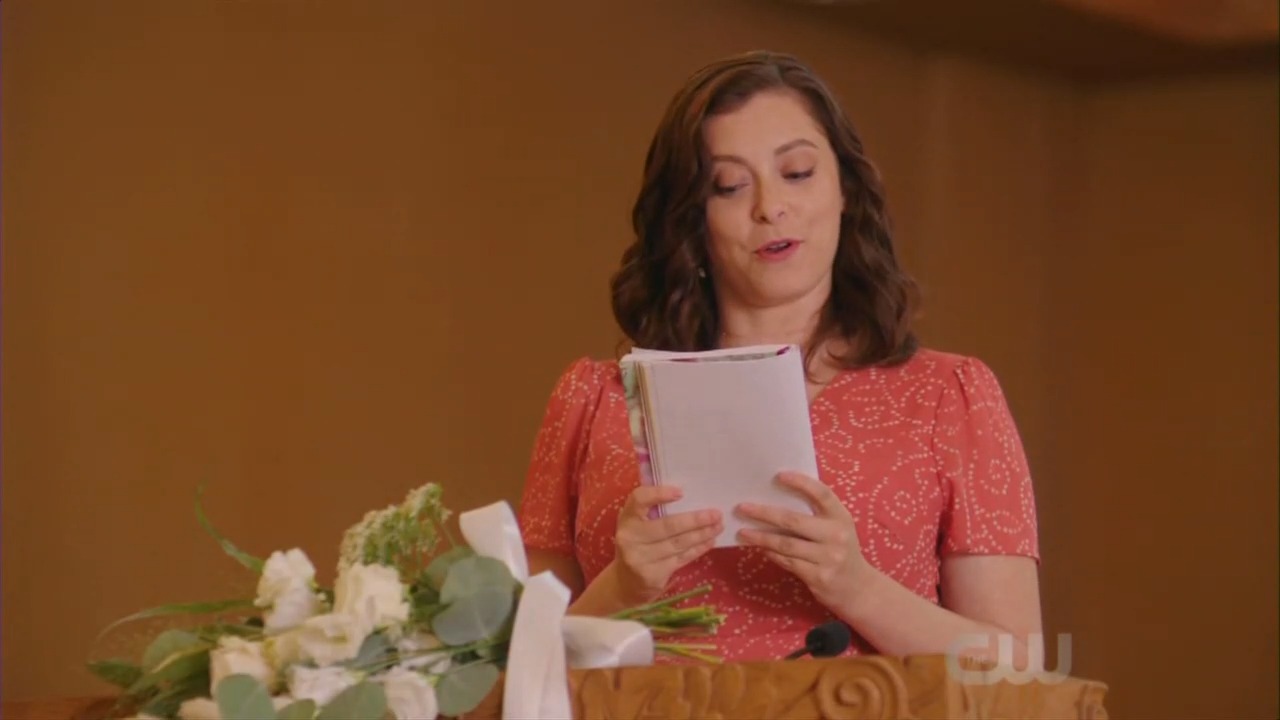 Episode Three of the fourth season of Crazy Ex-Girlfriend, titled “I’m on My Own Path,” included a sweet storyline about the wedding between Heather and Hector. Unfortunately, this is a show on the CW network and a Bible-bashing comment had to make its way into the dialogue.

In the October 26 episode, Heather (Vella Lovell) and Hector (Erick Lopez) decide to speed up their wedding date to get Hector covered under Heather's health insurance faster for a medical issue.

The happy couple has a civil wedding ceremony performed by a judge but Hector later confesses to Heather that he’d really always wanted a church wedding. He assumed that she did, too. But, she didn’t want all the fuss. Then, at the end of the episode, their friends and their priest have arranged a surprise church wedding for Hector.

Heather’s friend, Rebecca (Rachel Bloom) is asked to “say a little something” at the ceremony’s beginning. The priest tells the guests that she “is great with words” so Rebecca proceeds up to the pulpit. She begins by saying she loves fairy tales and then says the Bible is the “greatest fairy tale” but that she “made some changes because there’s always room for improvement.” Wow.

Heather: Do your thing, Brah.

Priest: Roger that, Heather. But first, before we begin, Heather has asked a good friend who is great with words and also very proud of where she went to college, to say a little something.

Rebecca: Um, I love fairy tales. And this is from the greatest fairy tale of all time: The Bible.

Rebecca: I made some changes because there's always room for improvement. Oh, okay.

How sad. Liberal Hollywood just can’t resist taking a cheap shot at Christianity. This random remark was inserted though no such opinion had been a part of the episode leading up to the wedding ceremony. None of the other characters made any disparaging remarks. Seems to me that the room for improvement is with the show’s writers. They should improve their attitude and show some respect for the faith of others.