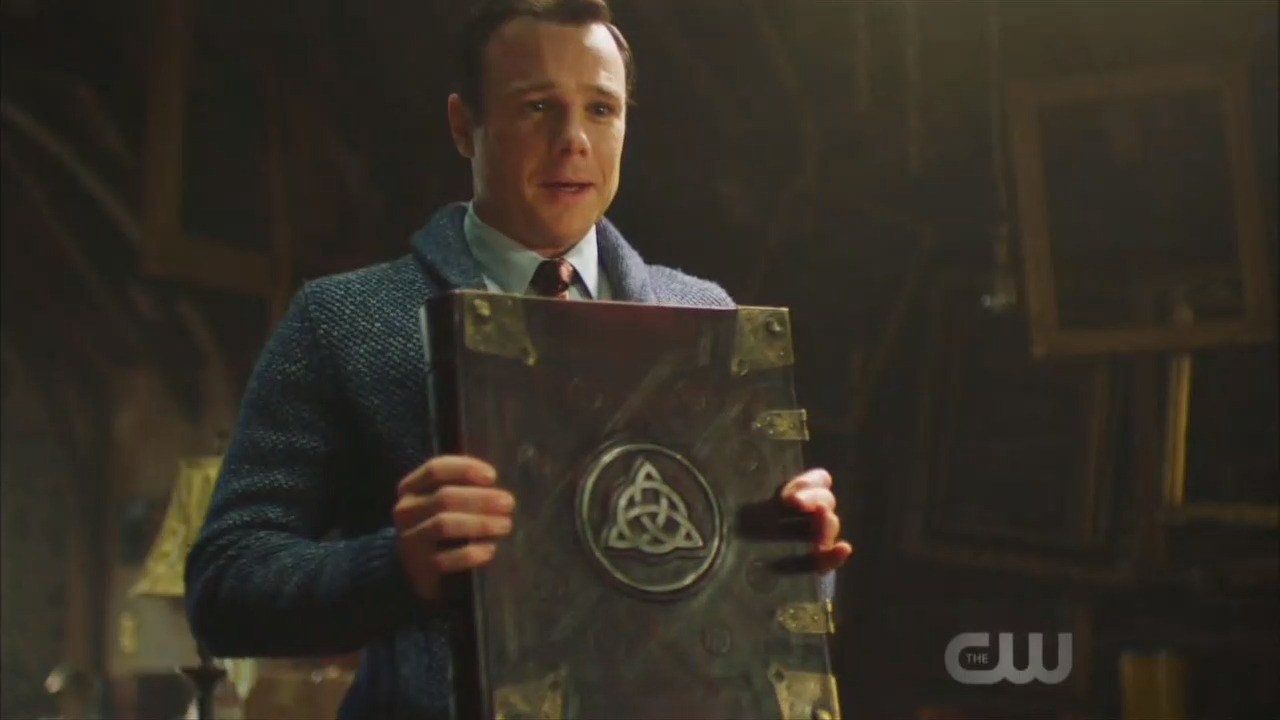 Stop me if you’ve heard this one before: Thanks to the election of Donald Trump as President of the United States in November 2016, angry liberal Hollywood, still unable to accept the will of American voters, is dusting off and bringing back a television show from the 1990’s. This time it is the show devoted to witchcraft and female empowerment on the old WB network, titled Charmed. Since it's 2018, the three sisters can no longer be white and one of them has to be a lesbian, apparently.

In the reboot's pilot episode on October 14, sisters Maggie (Madeleine Mantock) and Mel (Melonie Diaz) are reunited with their long-estranged oldest sister, Macy (Sarah Jeffery), after the death of their mother, a very powerful witch. Bringing the sisters together was the doing of their mother’s witchcraft. When she was murdered, she was in the process of unbinding each girl’s special power that she bound at their births.

So, the girls have discovered for the first time they are witches, each in possession of a distinct power. Maggie, the kind-hearted one, has the power to read minds; Mel, the feminazi militant, has the power to freeze time; and Macy, the smart science nerd can move things with her mind. They come under the mentorship of Harry Greenwood (Rupert Evans), a Whitelighter. He advises and guides witches. He, too, has powers.

As Harry gathers the girls together to tell them what is going on, he explains by producing their mother’s Book of Shadows. This tome holds the information necessary for them to learn about witchcraft. Harry doesn’t know who killed their mother but goes into an explanation of a prediction in the Book of Shadows – that of the coming apocalypse. There are three signs and he begins with the first sign – complete with a slap at President Trump, of course.

Maggie: Who killed her?

Harry: We don't know, as yet. There was ice at the scene, so cold is a characteristic, but there are literally thousands of different demons associated with cold.

Maggie: What are you even talking about?

Harry: It's all here. The Book of Shadows. The Ancient Oracles predicted three signs of apocalypse. The first, "When the weakest of men reaches ill-gotten glory, and," oh, God, this goes on and on. The language is far too flowery for my taste. But suffice to say, it's your current president.

Maggie: Can we go back to the part where you said "Apocalypse"?

Harry: Not really, I'm in a rhythm here.

Hollywood really wants to push the narrative that President Trump is not a legitimate president, even now two years later.

The dialogue spoken by Mel is laced with the standard kind of feminist-speak that is heard from the left. She is very angry that a college professor accused of sexually harassing a student has been cleared of the charges. She promotes a Time’s Up Rally for What’s Right on her college campus. One particularly obnoxious male student tells Mel that the professor’s troubles were just “a witch hunt.” Gee, where have we heard that term recently?

A protest is briefly shown when the professor is reinstated but Mel doesn’t get to participate as she’s busy learning about her new life as a witch. Also, ironically, Mel discovers she cannot use her superpower if she is angry. LOL! The angry feminist has to learn to be a pleasant young woman after all.

According to the show’s creator and head writers, all women, the in-your-face feminist messages will continue as a deliberate part of each show’s scripts. The problem that I see with that approach, though, is that if every big dialogue includes smacks at men or paints women as victims then the larger message of female empowerment will be diluted. Just a thought. We’ll see how the next episodes play out.