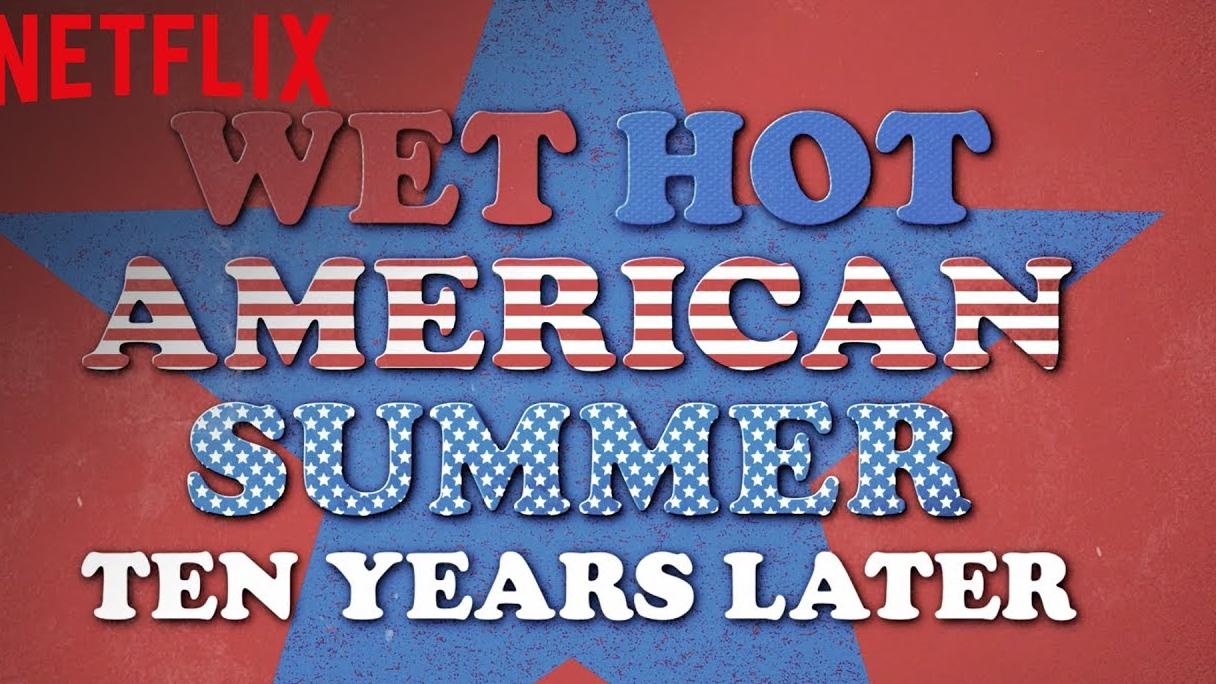 What do you get when former presidents are used in a weird plot meant to bring old friends together and teach them some lessons in friendship? You get Netflix’s Wet Hot American Summer: Ten Years Later, released on August 4, 2017. The bizarre story was told in eight 30-minute episodes and, along the way, former President Reagan was depicted as a diabolical nuclear warhead thief and involved with several poop jokes for good measure. Yes. Really.

As the show opens, it is August, 1991, and Camp Firewood is up for sale. Owner Beth (Janeane Garofalo) has decided she cannot compete with all the specialty camps that are so popular. That is when we learn that former President Ronald Reagan (Michael Showalter) is behind a deal to purchase Camp Firewood. The use of Reagan comes from the original series that showed government agents attacking the camp under the directions of the then-President Reagan.

In episode 2, titled “Softball,” Reagan explains to President George H.W. Bush (Michael Ian Black) that he will campaign for Bush to defeat the Democrat challenger, Gov. Bill Clinton (Joshua Malina), and in return, Reagan wants Camp Firewood. He tells Bush that he had the chance to destroy it ten years ago and didn’t. He now regrets it: “My last year in office, I stole a nuke and I buried it underneath Camp Firewood in a secret bunker that I funded with dark money and I staffed with my own private team of military elites. And I’m gonna blow that shithole camp to smithereens. And I need you to give me the new launch codes.” Bush agrees to help.

All along Reagan is depicted as a buffoonish frat boy-type picking on the nerdy wimp Bush. That narrative gets old, frankly, and a little irritating. There is a disturbing scene in episode 6, "Rain," where President Reagan defecates on an architectural model of a potential Ronald Reagan Water-Skiing and Aquatics Training Center after urinating on it. Then, he demands Bush do the same and he acquiesces.

Later the true reason Reagan wants to destroy Camp Firewood is revealed. We are told he was a former camper there back in 1921 who had an embarrassing accident on the dance floor which led to the legend of Willie-Shits-His-Pants, further associating President Reagan with excrement. Reagan is reunited with his former dance partner and they attempt to finish the dance he ran out on, but then his stomach starts rumbling again...

Adding to the absurdity, there is a character that is played as a can of mixed vegetables that was once a human being – he fell into a pool of toxic waste in the first series. Yes, a talking can of vegetables. The can is Mitch (H. Jon Benjamin) and is the companion of Beth. He leaves and does his part in rescuing the camp from the sale. A bizarre twist with this character, besides humanizing a metal can, was a scene showing Mitch having sex with a waitress in a roadside diner while he hitchhikes to find more help from previous camp counselors.

This is a satirical comedy and it delivers some laughs. The portrayal of Reagan and Bush is an intentional slap in the face to conservatives, though. Can you imagine any Democrat president being played as a nuclear warhead thief? How about as a teenager unable to control his bowels? Or a Democrat vice president who is such a lackey to the president that his bodily functions are controlled by the president? Of course not. It’s the double standard of Hollywood at play. It is juvenile humor at its lamest. You would think the left would be able to let Reagan rest in peace after all these years. Perhaps one day we’ll all be able to watch a mindless comedy without a treasured political figure being the butt of liberal Hollywood’s ugliness.