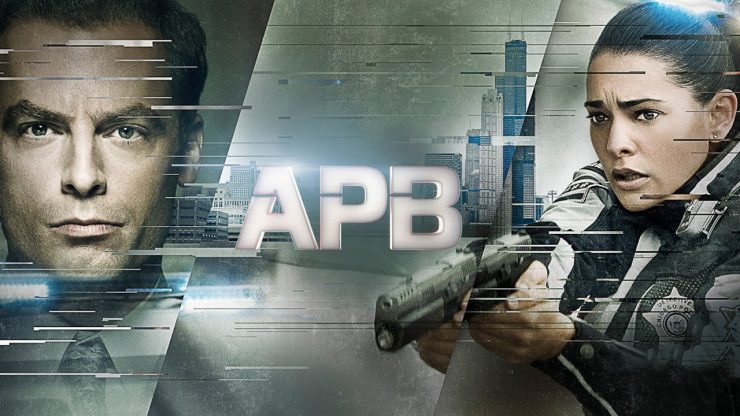 In Monday night’s episode of Fox’s APB, titled “Risky Business,” another smack is taken at American fatherhood. In this case, it is a father struggling to accept his gay teenage son’s behavior. The dad is blamed for the son’s suicide attempt.

APB is a television show that is about a billionaire, Gideon Reeves (Justin Kirk), who convinces the Chicago Police Department to give him a district to privatize. He’s not a cop, he’s a businessman who thinks he can do a better job with high tech solutions – like using drones. In real life, we all know police unions would never allow a free market solution to escalating crime, even in Chicago, but it's a nice fantasy.

In this episode, two officers answer an emergency call responding to a college student’s intention to commit suicide. Officers Tasha Goss (Tamberia Perry) and Nicholas Brandt  (Taylor Handley) find a note with the words “I’m sorry” on it. Off they go in pursuit of 19-year-old Evan Finley (Louie Rinaldi), with the first stop at the home of his parents. Dad is not taking the concern of the officers to heart. He calls his son “His Majesty” and a drama queen who stormed out of the family home the night before yelling and crying after a run-in with his father. Evan’s mother suggests they question Evan’s "friend," Jackson Barrett. When they do, Jackson is reluctant to get involved in the search because he is not ‘out’ to the world.

Evan is found on the ledge of a building on campus, just in time by the police. Tasha tries talking him off the ledge while Nicholas calls Evan's dad and tells him, "You got a problem with who he loves, you man up and you deal with it. Right now we got to save his life." It’s a drone to the rescue again! The father’s computer camera is connected to the drone and he is able to tell Evan he is loved and wanted at home. And, just like that, Evan backs off the ledge and is saved by the police.

Tasha: Evan, I want you to think about your future. For when you graduate from college and you-you're living your own life.

Evan: No, it'll never be my own life. Never.

Tasha: It will, I promise you it will. You just got to stay strong, buddy.

Nicholas: Hey, Pete, what's the eta? It's getting desperate over here.

Pete: I'm almost there. Just got to warn you, this is not my finest work. It's a little duct tapey.

Evan: What do you want?

Evan:  You said you wanted me gone. You said that...

Mom:  What he's trying to say is he loves you.

The show is ridiculously simplistic and unnecessarily uses a regular dad and mom as the foils in their son’s mental health issues. If only real life family challenges could be solved by a flying drone with a video screen.

This is not the first show in the last week to have a gay teen imperiled by his struggles to come out. The LGBT population in America is thought to be about 4% but when polled by Gallup, the American perception is that the number is more around 25%. With the regular presence of gay characters in television these days, it is no wonder there is this large disconnect. Try as the networks may to portray life in America, the LGBT population is still a tiny minority. Blaming the father for his son’s suicidal tendencies is just wrong.