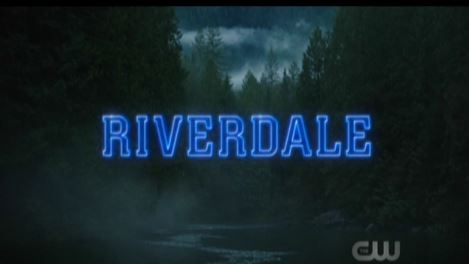 To commemorate last year's 75th anniversary of the comic book favorite Archie, The CW has tried mightily to kill off any resemblance to the original comic book with the new series Riverdale. I can only imagine the surprise of parents across the country who tune in with the kiddies expecting a family friendly show based on the beloved comic book of their youth.

Archie is known for being a conservative, wholesome comic. At one time Archie Comics was even under the umbrella of Spire Comics, a Christian comics company. In 2003, Roberto Aguirre-Sacasa (“Glee”) was served with a cease and desist order from Archie Comics Publications when he tried to create a stage version of the comics with a gay Archie. My how times have changed - now Aguirre-Sacasa runs the show as Riverdale creator and Chief Creative Officer for Archie comics. The original Archie was written for kids – ten-year-olds up to middle school age – but this modern TV version is clearly for mature audiences only.

In Thursday night’s premiere “Chapter One: The River’s Edge,” the characters are reintroduced and the Archie re-make becomes a teen murder mystery story revolving around the death of rich teen Jason Blossom (Trevor Stines). Jughead Jones (Cole Sprouse), Archie’s best friend, is the narrator and now a writer. 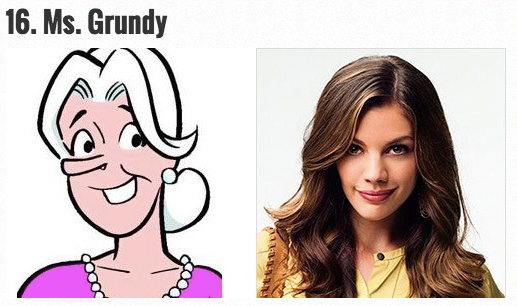 There are many elements in this show that would have never happened in the Archie comics. The worst among them is Archie’s (K.J. Apa) summer fling with Ms. Grundy (Sarah Habel), the music teacher at Riverdale High School. That’s right – the high school sophomore boy has sex with his cougar teacher in her VW Beetle on July 4th. Ms. Grundy was never sexy in the Archie comic books and was certainly not having sex with students. Imagine if it were a male teacher and a female teen. Talk about unnecessary, criminal behavior wedged in there for shock value.

Betty Cooper (Lili Reinhart), the perfect student, is on Adderall now. She is pursuing Archie to be her boyfriend, not just her best friend, but Archie isn’t interested in her in this modern-day retelling. He’s hung up on Ms. Grundy, who tells him it was just a summer fling. 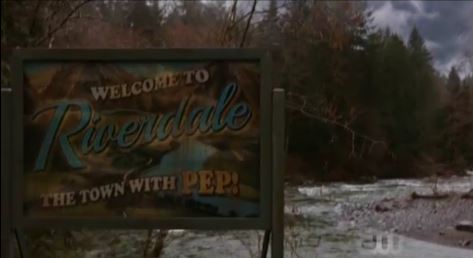 Veronica Lodge (Camila Mendes) has moved to Riverdale from New York City with her mother and refers to the small town in terms of Truman Capote’s “In Cold Blood” after her billionaire father was arrested for financial fraud. She is trying to be a better person with a fresh start in Riverdale so she tries to help Betty to attract Archie.

Kevin Keller (Casey Cott) is everyone’s gay best friend and is pursued by jock Moose Mason (Cody Kearsley), now a closeted gay teen (of course!). Kevin tells the others at the dance that Moose propositioned him in the restroom and refers to Moose’s “horse-like appendage.” The last scene shows that a murder plot is developing when Kevin and Moose discover the body of Jason as they go down by the lake for sex after the dance.

Moose: For the record, I'm not gay.

Kevin: Obviously not, Moose. You're on the football team. But if you were gay what would you want to do?

Moose: Everything but kiss.

Kevin: I love a good closet case. So, let's start with skinny-dipping and then see what happens?

Moose: Dude, are you okay?

So, you can see, they’ve pulled out all the stops: statutory rape, girl-on-girl kissing, gay sex, teen drinking and drug use, and murder  – none of which can be found in the original comics – and this is just the first episode.

The real losers are young American viewers. Hollywood no longer allows kids to be kids with an appropriate amount of innocence in their cultural lives. A little bubble gum pop song and wholesome TV show here and there never hurt anyone. This dark, perverted version of a comic book classic that was once the first introduction into comic book reading for generations of Americans is now just another raunchy television show venturing into social engineering in an attempt to be edgy and cool. How sad.